As Seen On Tv 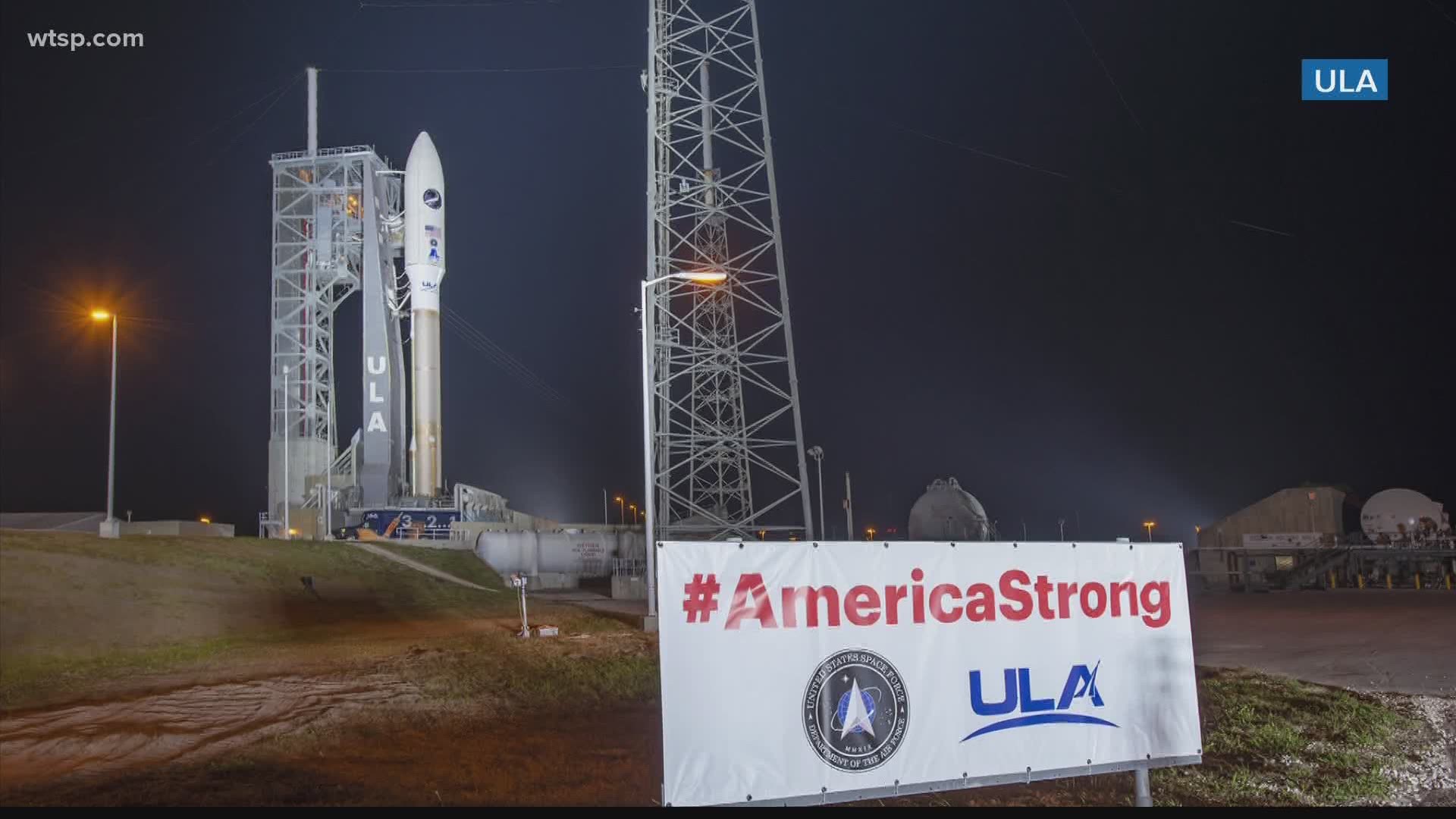 CAPE CANAVERAL, Fla — 3...2...1...we have liftoff! After being postponed for more than 24-hours because of bad weather, the Atlas V launched at 9:14 AM from Cape Canaveral.

This is the 6th time the Space Force has launched the military's space plane. For this journey, the rocket is packed with science experiments. Military leaders haven't said how long Atlas V will remain in orbit, but its previous mission lasted a record two years.

Credit: AP
This May 5, 2020 photo made available by the United States Space Force shows an Atlas 5 rocket carrying the X-37B Orbital Test Vehicle at Cape Canaveral, Fla. The U.S. military’s mystery space plane rocketed into orbit again Sunday, May 17 this time with an extra load of science experiments. It’s the sixth flight of an X-37B, a solar-powered plane that's flown by remote control without a crew. (United Launch Alliance/USSF via AP)

Today's launch was dedicated to workers on the frontlines of our country's fight against the coronavirus and the people who've lost their lives to the virus. A few days before launch, a crew placed a message on the side of the rocket in their honor. It reads "In memory of COVID-19 victims and tribute to all first responders and frontline workers. AMERICA STRONG".

Space-X is up next for another Starlink launch at Cape Canaveral. The delayed Atlas V launch and the development of Tropical Storm Arthur pushed back a launch originally scheduled for today until overnight Tuesday. The Starlink satellites are being launched to create a global internet network.

You can watch the full launch here:

RELATED: Class of 2020: SpaceX, NASA wants to launch your photo on a historic flight to the International Space Station

RELATED: Look to the sky for the green Comet SWAN for the next couple of weeks