Padre Island saw its share of destruction, especially in the area around Bob Hall Pier. The structure may have to be replaced. 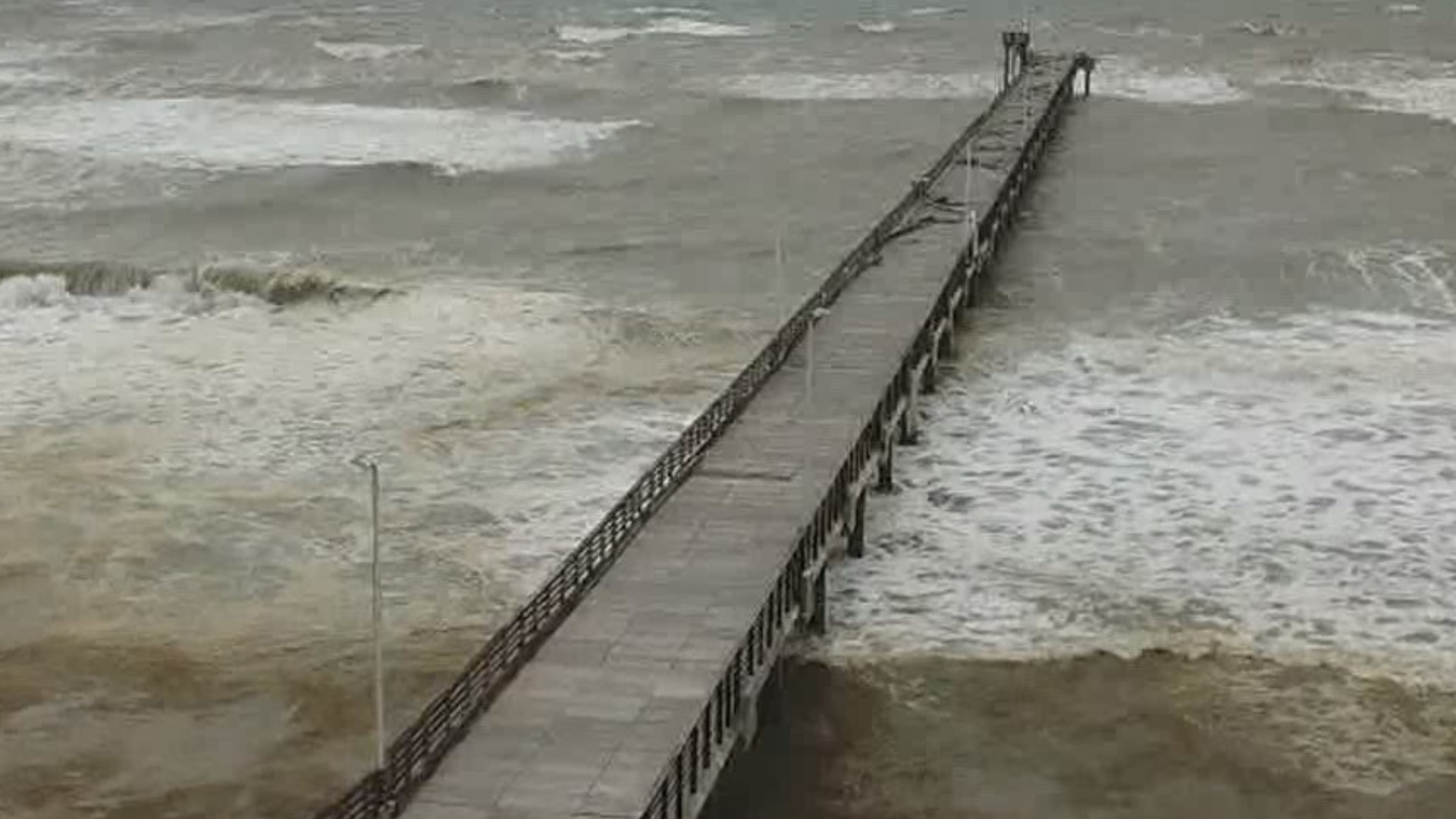 NUECES COUNTY, Texas — Padre Island saw its share of destruction, especially in the area around Bob Hall Pier. The structure may have to be replaced.

"I think we have over $19 million of damage to that area," Canales said. "It's a big number and it's a number that I know, but we've just been refining those assessments."

As far as the question about whether or not Bob Hall Pier needs to be totally rebuilt, Judge Canales said that answer is still not known. But, they do know now that at the very least, the gift store area will have to be rebuilt.

Canales also said that a number of fractures and other serious damage was done to the pier. The County has also hired  a contractor to do a concrete bore sample analysis of the concrete beams that hold up the pier.

The contractor will help figure out if those support beams are truly stable or not.  The judge believes that if the damage assessment reaches 50-percent, then a new pier will probably be constructed.

"There's a good rule of thumb, 50-percent damage to the roof, if you have 50-percent damage, you're probably better off building a new structure," Canales said. "I think that's a very good intuitive feel for damages."

Another question is, what is going to happen to Mikel Mays ?  The restaurant structure has checked out OK, but with the rest of Bob Hall Pier being closed down, customers can't get into the restaurant right now.

"We are trying to think out-of-the-box, be creative and innovative ways we can get her to and figure out ways to get her once that debris is up and the sand is restored," Canales said.

If the County has to rebuild Bob Hall Pier, Judge Canales said they are looking to replace this structure with a more fortified pier design. That includes newer features.