At least 10 people believed to be migrants were killed in a crash in Southern Brooks County Wednesday, August 4. 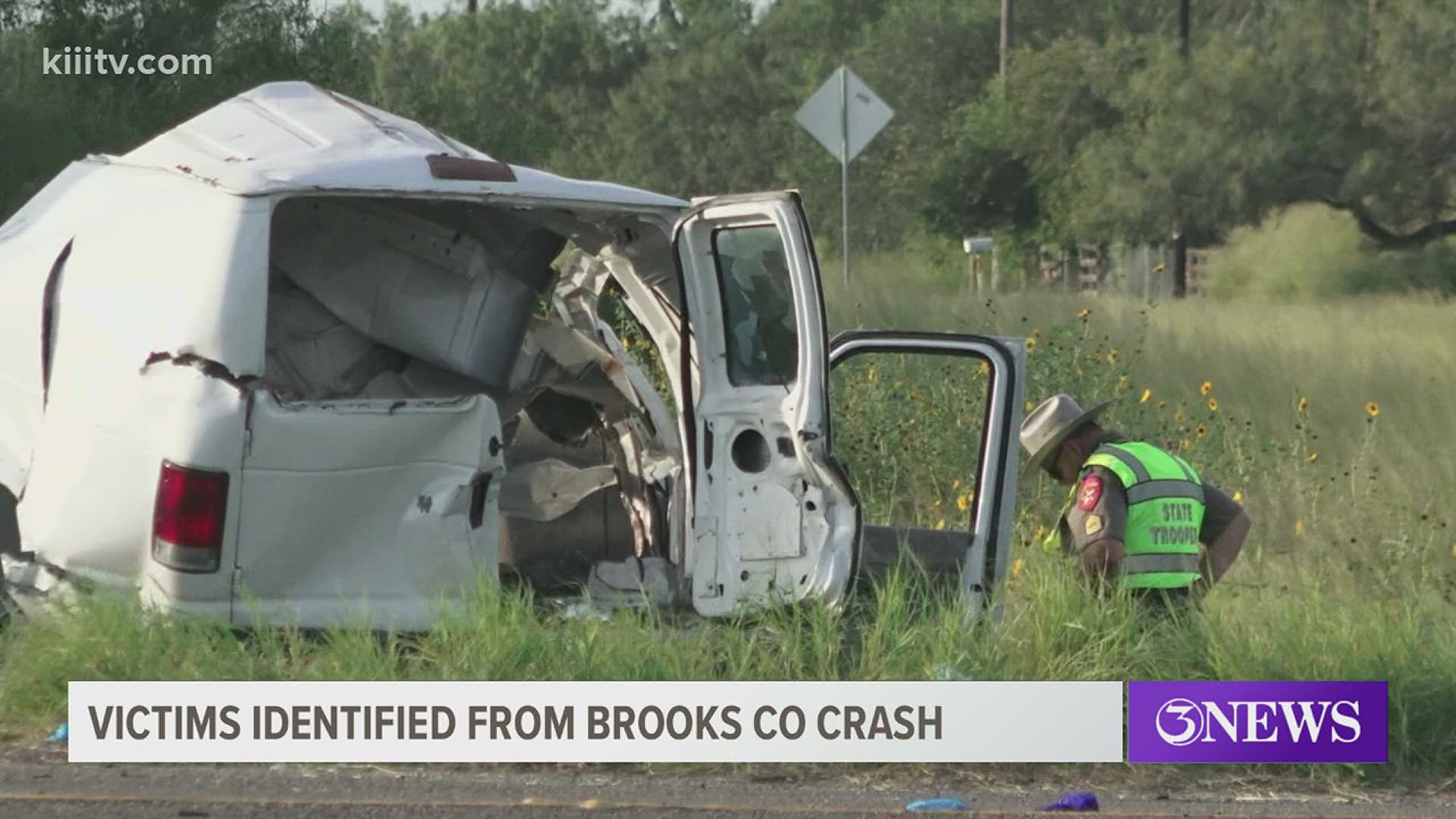 The Texas Department of Public safety has identified the 10 people, believed to be migrants who died in a crash on Wednesday, August 4.

The 10 people were pronounced dead at the scene. DPS has released the following names.

The identity of one male passenger is still pending, according to DPS.

Twenty-one passengers were transported to various hospitals across South Texas with non-life-threatening injuries. There is no update on their conditions and DPS is still investigating the crash.

At least 10 people believed to be migrants were killed in a crash in Southern Brooks County Wednesday afternoon.

A spokesperson with the Texas Department of Public Safety said it happened around 4:00 p.m. on the northbound lanes of US 281 South of the Falfurrias checkpoint.

Witnesses told troopers they saw the passenger van traveling at a high rate of speed. The driver tried to make a turn and, instead, ran into a utility pole. According to DPS, 24 people may have been inside at the time.

"According to witnesses on the roadway, there was no pursuit from border patrol," DPS Sergeant Nathan Brandley said. "There was no pursuit from DPS. According to witnesses, they were traveling on the right lane here on 281 northbound and they tried to make a right turn onto the FM road right here and didn't even get over into the turn lane. They were traveling at a speed way to fast to try to maneuver that curve and went into the middle utility pole."