Guillen family attorney Natalie Khawam said in a press conference she believed the remains found Tuesday were those of Vanessa Guillen. 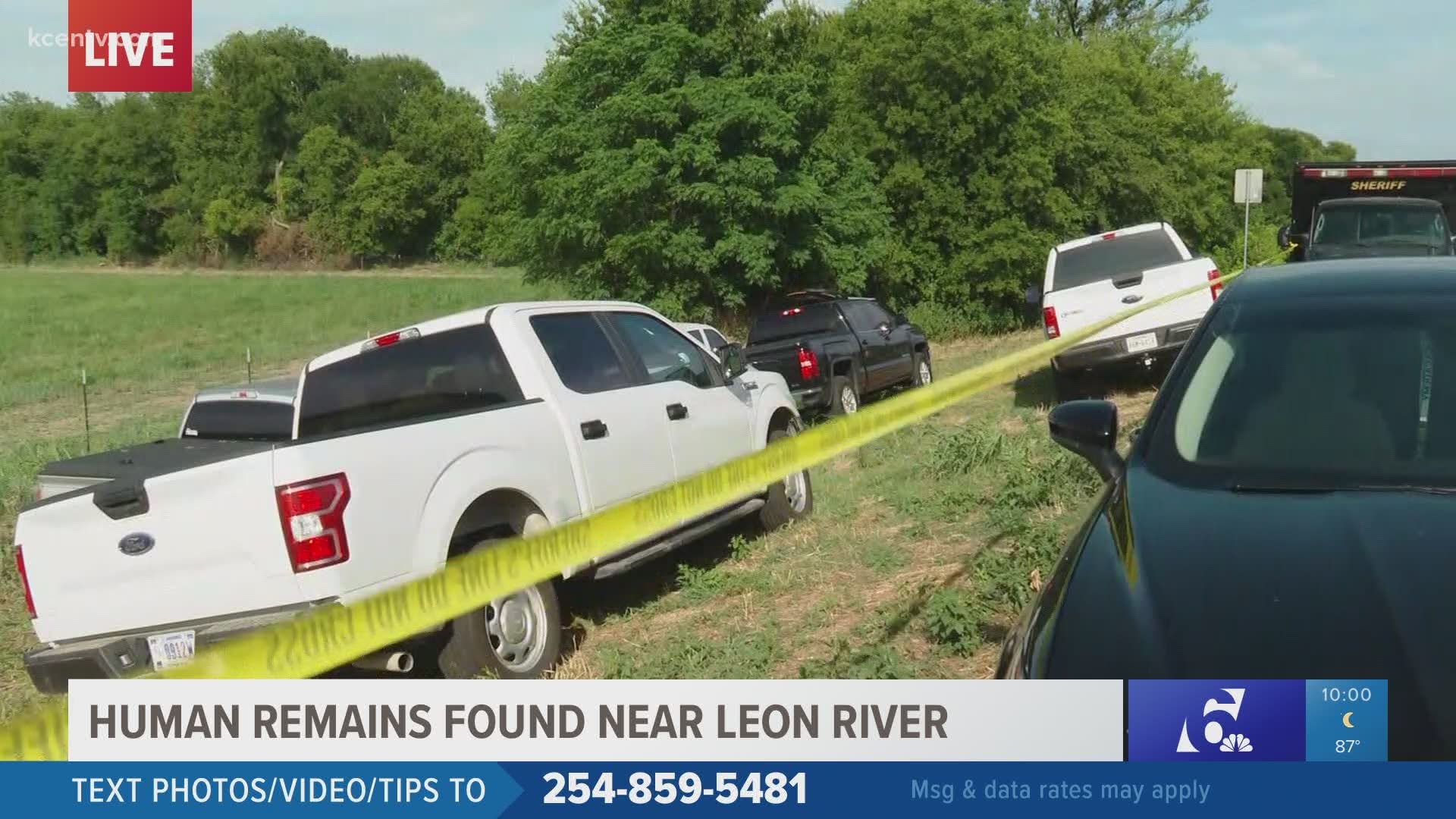 WASHINGTON, D.C., USA — Editor's Note: The video attached to this story is from when the remains were found Tuesday afternoon.

The attorney for Vanessa Guillen, Natalie Khawam, said in a press conference in Washington, D.C. she believed the human remains found Tuesday were those of Vanessa.

More human remains were recovered Wednesday near the location where the remains found Tuesday were found, according to officials at the scene. Search crews reportedly used cadaver dogs to lead them to the additional remains found Wednesday.

The remains were not officially identified but Fort Hood put out a press release saying a man who killed himself early Wednesday morning and another person they had in custody were suspects in Guillen's disappearance.

"Special Agents from the U.S. Army Criminal Investigation Command, along with the U.S. Marshals, Killeen Police Department, and the Lone Star Fugitive Task Force were attempting to locate the junior Soldier from Fort Hood who fled the post late yesterday," the press release said.  "While law enforcement agencies, minus Army CID Special Agents, attempted to make contact with the suspect, the suspect reportedly displayed a weapon and took his own life."

The suspect who killed himself was not identified pending identification of his family. The civilian suspect is the estranged wife of a former Fort Hood soldier, the press release said.

“We have made significant progress in this tragic situation and are doing everything possible to get to the truth and bring answers to the family of Pfc. Vanessa Guillen,” said Chris Grey, the spokesman for Army CID.

Killeen Police Chief Charles Kimble provided an update on the case from KPD headquarters. He confirmed the suspect who killed himself was the person wanted in Guillen's disappearance and that he was an active duty soldier. He said when police approached him in his vehicle he shot himself just after 1 a.m.

Khawam called for a congressional investigation, saying they would never know what happened without it. She said Fort Hood was "evasive and disingenuous."

"It's time we fix our system," Kahwam said. "Women should not be afraid to come forward about sexual harassment."

Khawam said Guillen had reported to her family and friends her sergeant was sexually harassing her. Fort Hood started an investigation into the sexual harassment claim on June 18.

Khawam said Guillen did not report the harassment to her superiors for fear of retaliation.

"We want a bill in her name ready to be passed that says you don't have to be afraid to report sexual harassment," Khawam said.

Hawaii U.S. Representative Tulsi Gabbard, who is a veteran, said she would be calling for a congressional investigation into Guillen's death.

The press conference came less than 24 hours after a civilian working on a fence in Little River Academy discovered the remains not far from where the Army Criminal Investigation Division and Texas EquuSearch looked for Guillen on June 22.

The remains found Tuesday were removed from the area just after 6 p.m. and were sent for forensic testing to be identified. There is no timetable for when any official identification would be made.

Maj. Gen. Efflandt will be joined by Fort Hood CID and representatives from law enforcement agencies assisting with the investigation.

Guillen was also promoted to specialist effective July 1, according to a release from Fort Hood.

Fort Hood has come under fire in recent weeks for their handling of her disappearance.

Guillen was last seen around 11:30 a.m. on April 22 in the parking lot of her regimental engineer squadron headquarters on Fort Hood.

Her car keys, room key, identification card and wallet were found in the armory room where she was working earlier in the day.

Khawam said Fort Hood never told the family when Guillen disappeared. They called Fort Hood to tell them they had not heard from her. Khawam also questioned why there had not been a 9 a.m. and 3 p.m. check to make sure soldiers were accounted for.

"I want to know what happened and who is covering up for who and why they are covering it up," Khawam said in a press conference on June 23.

U.S. Representative Sylvia Garcia, of Houston, where the Guillen family is from, has been pushing Fort Hood and Army CID for more transparency.