The officer's rehabilitation may take anywhere from a month to a year, according to the Austin Police Association. 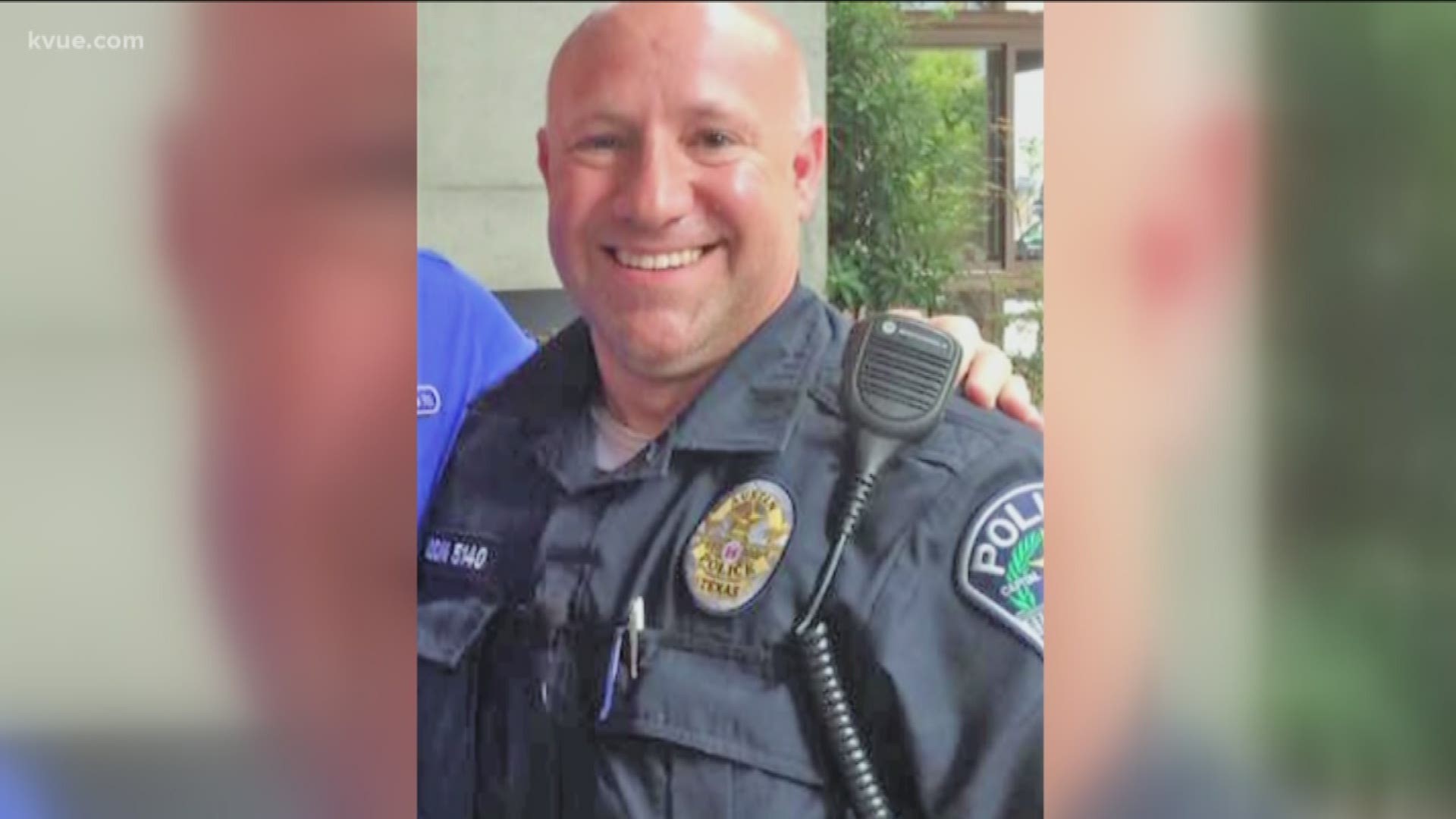 AUSTIN, Texas — ***WARNING***: This story includes a graphic image some might find disturbing.

It may take months before an Austin police officer gets back on the streets after suffering serious injuries while chasing a suspect in South Austin.

According to an arrest affidavit, police said they had received reports that a man had scraped a sign with a knife and pointed a gun at someone.

When Officer Allison spotted Zurovetz walking south near the hospital's east entrance on FM 1826, he commanded him to stop.

"'Don't walk away from me! Austin Police! Don't walk away! I'll think you're evading,'" Officer Allison said, according to the affidavit.

It was near the hospital entrance where police said Zurovetz fell to the ground. As Officer Allison followed after him, he fell into a drainage ditch, hitting the concrete around him at a high speed.

According to Austin Police Association President Ken Casaday, who visited Officer Allison at the hospital on Friday, he suffered several broken bones and dislocated shoulders. He may also require facial reconstruction.

APD brass to officers: Be professional when talking to citizens about homeless

"The rehabilitation could take a month, if not a year. We just don't know yet," Casaday told KVUE."It was a brutal injury and a lot of orthopedic type injuries, and it's just going to take time."

Casaday suspects it could take months before Officer Allison returns to work.

Casaday told KVUE the suspect was known to officers as living in the woods behind the H-E-B in the Oak Hill area of South Austin.

Officer Allison's injuries could have been prevented, according to Casaday, had Zurovetz complied with the officer's commands.

"We've been talking about 'just comply' for years," Casaday said. "It's going to be a very long rehabilitation process."

Casaday expects Officer Allison will remain in the hospital for at least another week or so. It's possible he may require more surgeries.