The protests began around 12 p.m. Wednesday in North Austin. 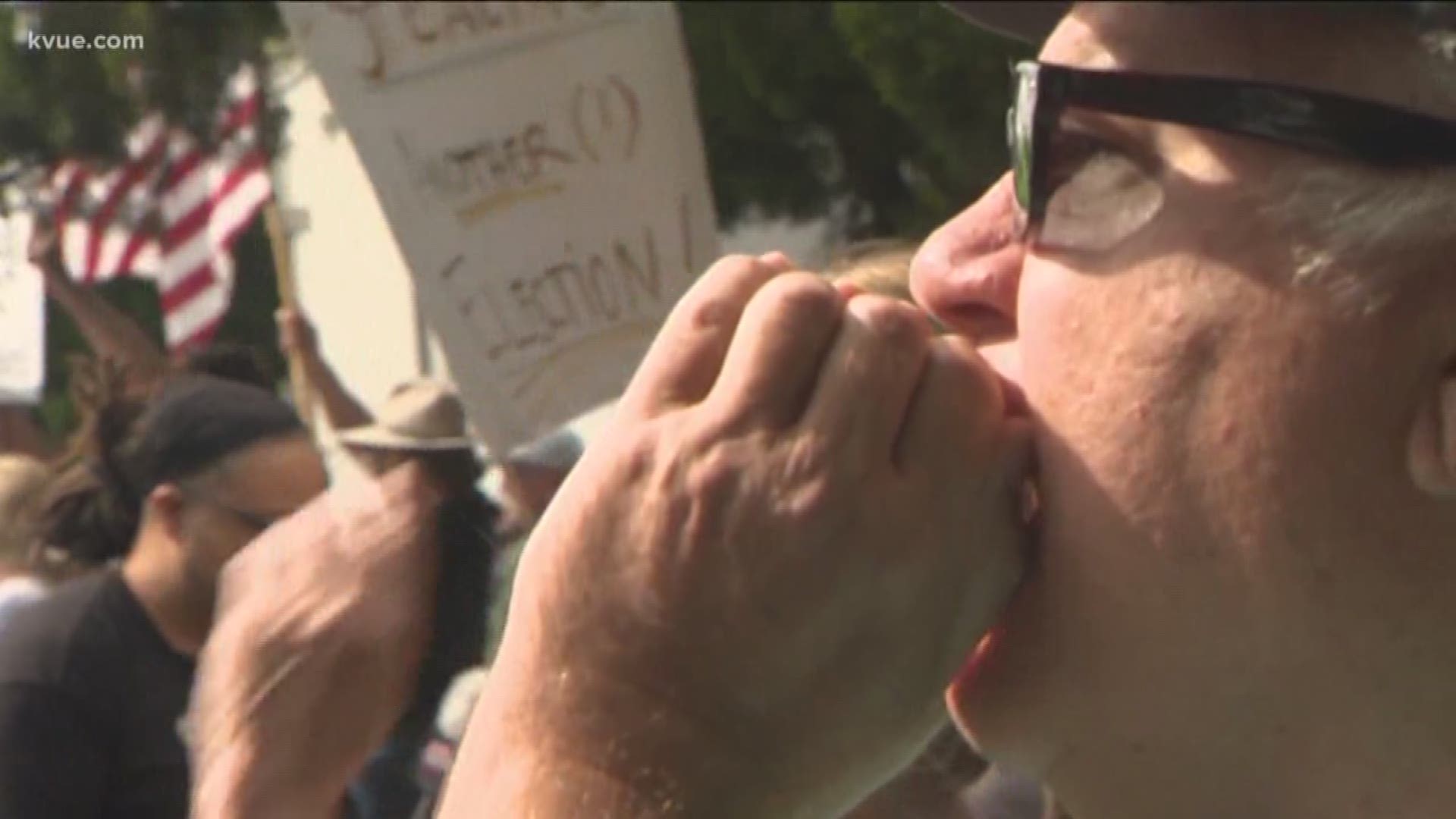 AUSTIN, Texas — President Donald Trump was in Austin Wednesday afternoon and some people are not happy about it.

Protests started in North Austin just before President Trump landed at the Austin airport. At least one person was arrested, according to KVUE's Molly Oak.

Another person seen with police was not related to the protests, APD said.

President Trump arrived in Austin to tour an Apple facility that makes Mac Pro computers. This comes after Apple announced Austin would be the manufacturing home for Mac Pros after President Trump threatened to place tariffs on the company if it moved production to China.

An impeachment hearing is expected to continue as President Trump visits Austin. The inquiry is focusing on the allegations that President Trump sought investigations of Democrat Joe Biden, among other things.

"Our collective message to him is simple: You can’t bribe us with a shiny Apple to distract us from the impeachment hearings happening at this moment," the protest organizers said. "The impeachment inquiry is underway, with new revelations each day about the president and his allies’ pressure campaign to bribe Ukraine’s president to provide dirt on a political opponent. We’ll take this opportunity to carry our message to the president while he’s in our own backyard."

Supporters who turned out on Wednesday said they thought Trump was doing a great job in office.

"If you look at our unemployment, numbers have never been this good," said Lenette Peterson, from Pflugerville. "The 5,000 manufacturing jobs he's brought back or kept in this country, that hasn't happened in years."

Another supporter, Albert Sanchez, said he was there to support Trump's reelection campaign.

"He's trying to drain the swamp and get rid of this three-years hoax, a coup of an impeachment – just here to support my president, support America," said Sanchez.

But protesters said they were there to back the ongoing impeachment inquiry.

Tom Millwee, a Vietnam War veteran, said he was expressing his right to freedom of speech on Wednesday. He was also supporting the impeachment inquiry against Trump.

"He brought in his unethical and immoral behavior with him to office and apparently he's continued to do so, if you've been listening to the hearings lately," said Millwee.

The protests were held on a public sidewalk at 12221 Riata Trace Pkwy. from 12 p.m. to 5 p.m. with supporters gathered on the opposite side of the street.

'It was like a scene out of a movie': Man arrested after firing shots at Austin Sixth Street bar