The Beach Safety Awareness Task Force was formed by a local mom who lost her son to a rip current. 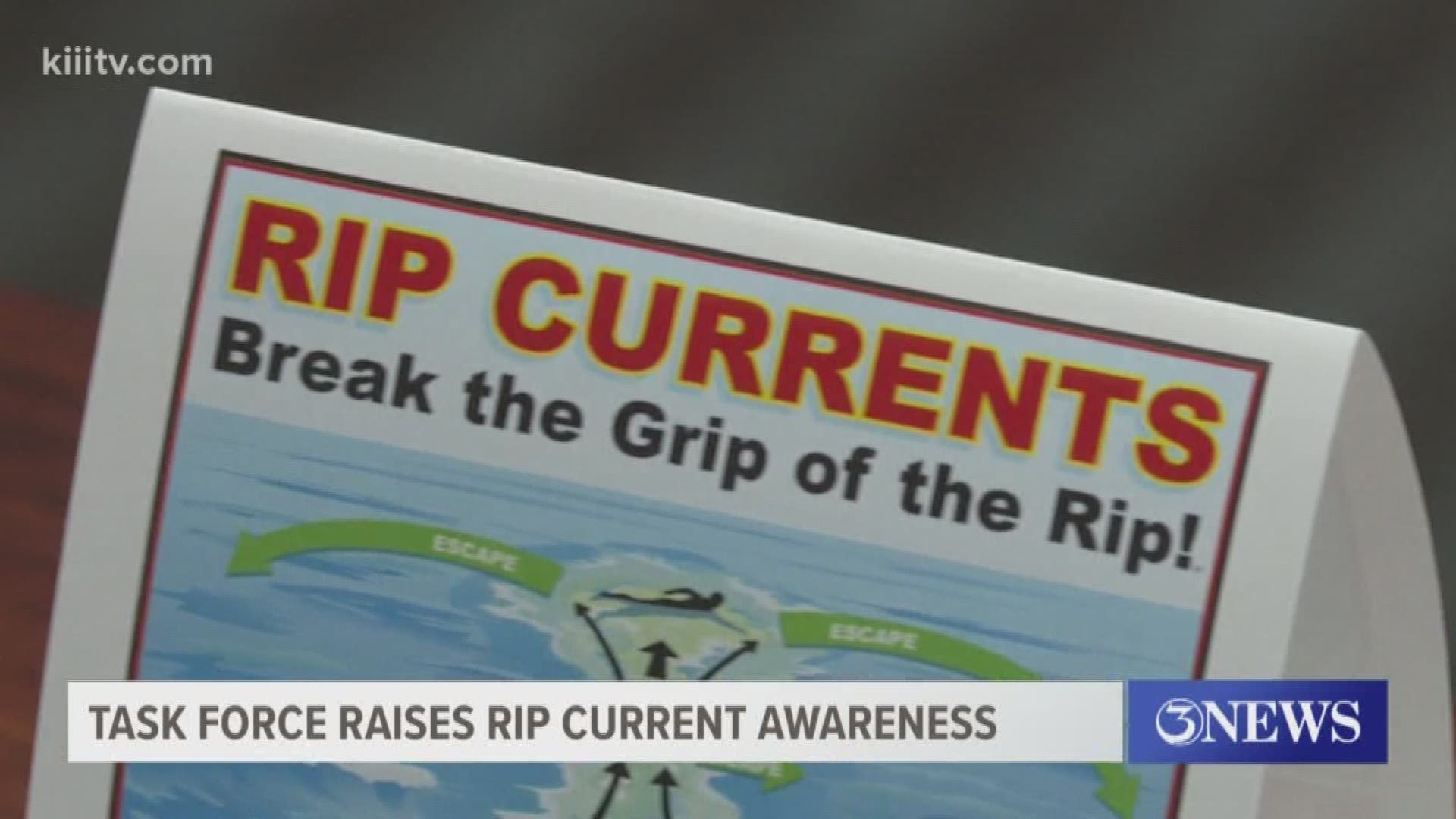 CORPUS CHRISTI, Texas — The Coastal Bend is about 60 days out from the traditional spring break holiday, which is a time when thousands of visitors and locals descend on the Island beaches.

The Beach Safety Awareness Task Force was formed in 2019 by a local mom who lost her son to a rip current.

Kiwana Denson is a mom on a mission. She was able to bring a room of state and local leaders together to form a task force to save lives.

"These meetings bring a lot of great ideas that we can actually act on," Denson said.

Denson's dedication was born from heartbreak after losing her son to a drowning last April during a trip to the beach.

She said her son, 18-year-old King High School student JeSani Smith was not aware of the danger that awaited him.

Denson has since become an advocate to make sure those visiting Coastal Bend beaches are educated about rip currents.

'"We have so many people who come from out of town," said Corpus Christi resident Terry Samuels who is a member of the task force.

The Beach Safety Awareness Task Force has laid out a game plan to get that vital information in the hands of those who need it the most. The group is armed with flyers, wristbands, and community support.

"Doing a little extra with signage, we're trying to warn people not to be swimming next to piers or the jetties.  There's always a natural rip there," said Scott Cross who is with Nueces County Coastal Parks.

With the 2020 spring break approaching, the task force says it's all worth it if they can save at least one life.

State Representative Todd Hunter will be meeting with officials from TxDOT on Monday to ask permission for the usage of mobile signage to place at entry points onto the beach.