Beachgoers warned to watch out for nesting sea turtles

Many tourists forget to close up holes on the beach after they build a sandcastle, which poses a risk for turtles. 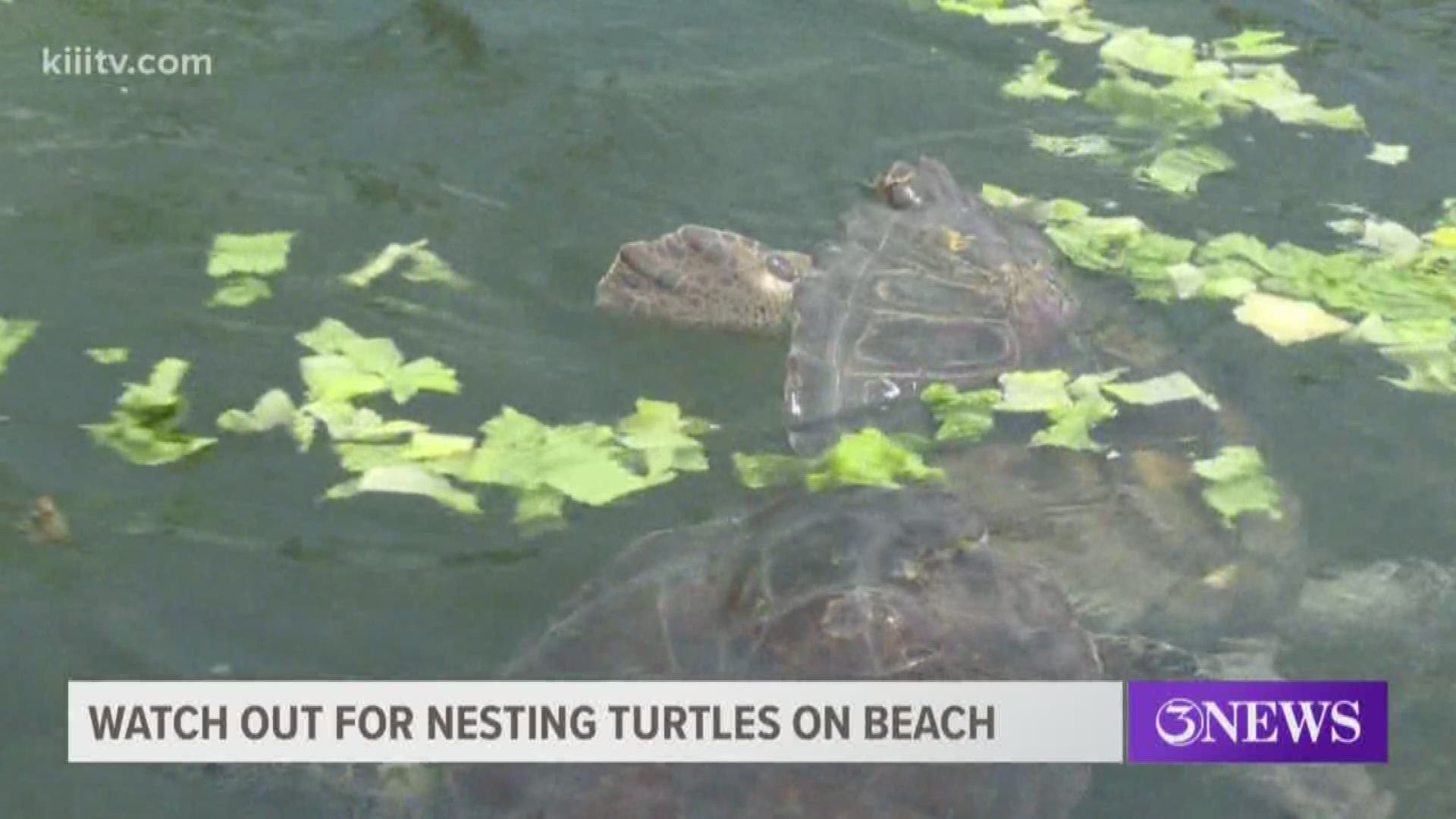 CORPUS CHRISTI, Texas — As crowds head to the beach for summer break, so does some marine life, including sea turtles.

In May, the Amos Rehabilitation Keep brought in 158 stranded or injured sea turtles, which is the most they have ever had because good samaritans called them. Most of the turtles will be released back into the wild.

Many tourists forget to close up holes on the beach after they build a sandcastle, which poses a risk for turtles.

Employees at the UT Marine Science Institute had a record-breaking turtle month and filled up their tanks.

"So we have patients daily, multiple times a day," said Jace Tunnell, director of Mission Aransas Research Preserve UTMSI. "People would call us and, you know, we'd go out and find 10 turtles at a time on the rocks."

According to Tunnell, the main factor was wind and high tides.

"Big waves were coming in, and turtles were getting trapped on the rocks," Tunnell said.

"So they get tangled in fishing line that's left on the rocks, and then sometimes they're hit by boats," Tunnell said. "They don't know the difference between what's a jellyfish and a bag."

Experts urge everyone to clean up after themselves and if you find a stranded or injured animal, call the turtle hotline at 1-866-887-8535.

Employees hope the creatures can hopefully be released, except for Barnacle Bill, which has been at the ARK for 22 years.

"Able to release it back to where it came from, that's the best feeling of all," Tunnell said.