Mr. Aipperspach doesn't officially retire until August but won't be too far from a classroom and says he would love to teach part-time. 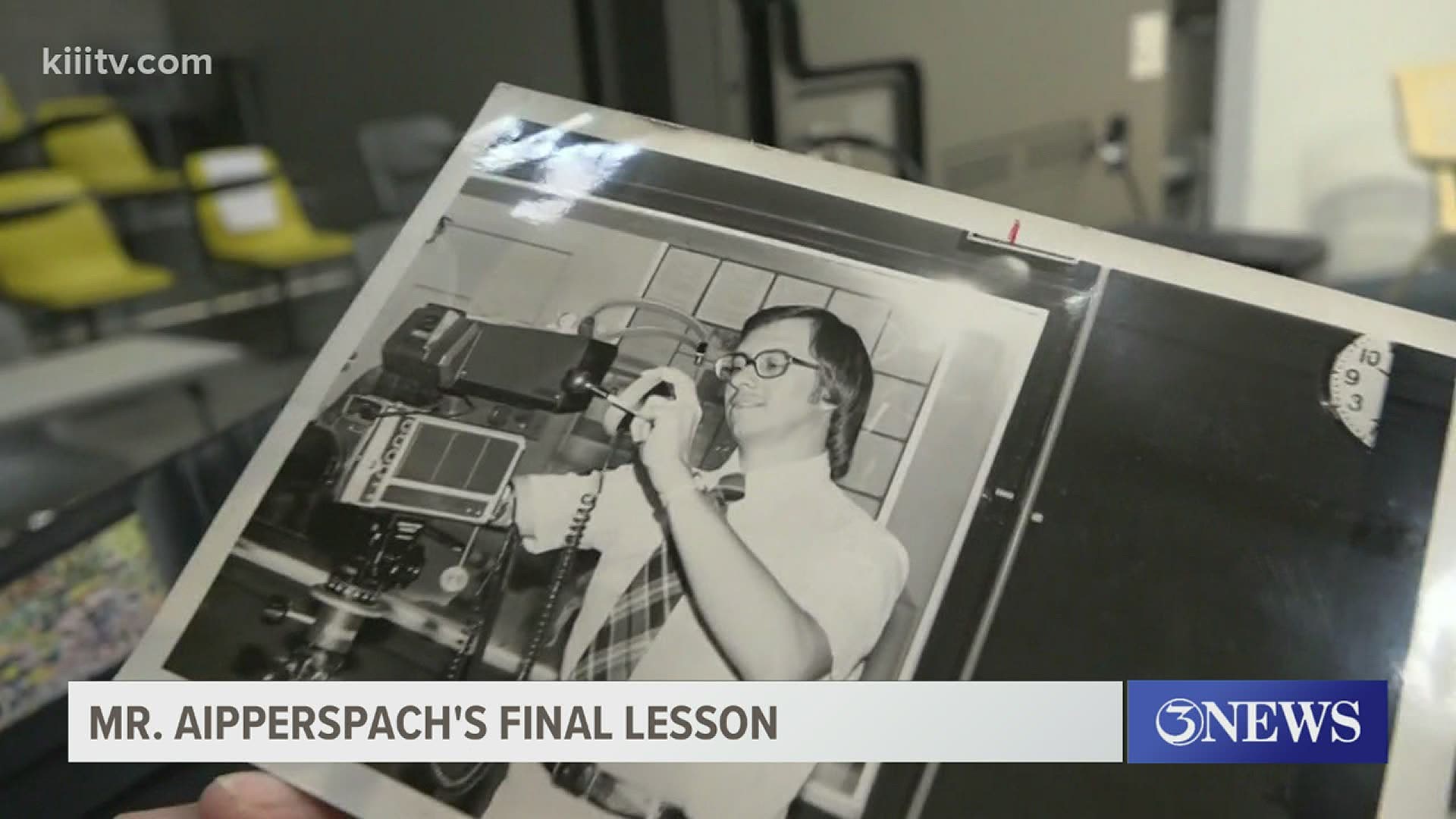 If you took any Radio/TV classes at Del Mar, you probably had Mr. Aipperspach. Well, after 40 years, Mr. Aipperspach is teaching his last lesson; and in all those years, about 2,000 students got to learn the business like he does.

"Some students in San Antonio, some in Austin, some in Houston, Los Angeles," said Mr. Aipperspach, "and of course we've mentioned CNN quite often or the weather channel because I've got several over there. There's some in the Rio Grande Valley, to here in Del Mar to who knows where".

One of those students is Christopher Ambriz. He first took classes with Mr. Aipperspach back in 1997. He said he's been in the media world ever since, even calling KIII home at one point.

"I worked at the Caller Times for a little while," said Ambriz, "I worked at Channel 3 for about 14 years and I moved into public relations here at University".

Hundreds of lessons and memories have come from Mr. Aipperspach's' class, but these are the ones that will always stick, even the small ones:

"Something simple as zooming in and getting your focus," said Carlos Medina, a current student, "and making sure your camera is white balanced and everything is looking correct and not like blue-ish or yellow-ish looking on the camera".

Mr. Aipperspach will always have a special place in the heart of Andie Love.

"He's so old school, but I'm a little out there" said Love, "I have tattoos, pink hair, I had blue dreads when I started his class, and he has given me nothing but respect".

Mr. Aipperspach doesn't officially retire until August but won't be too far from a classroom and says he would love to teach part-time.