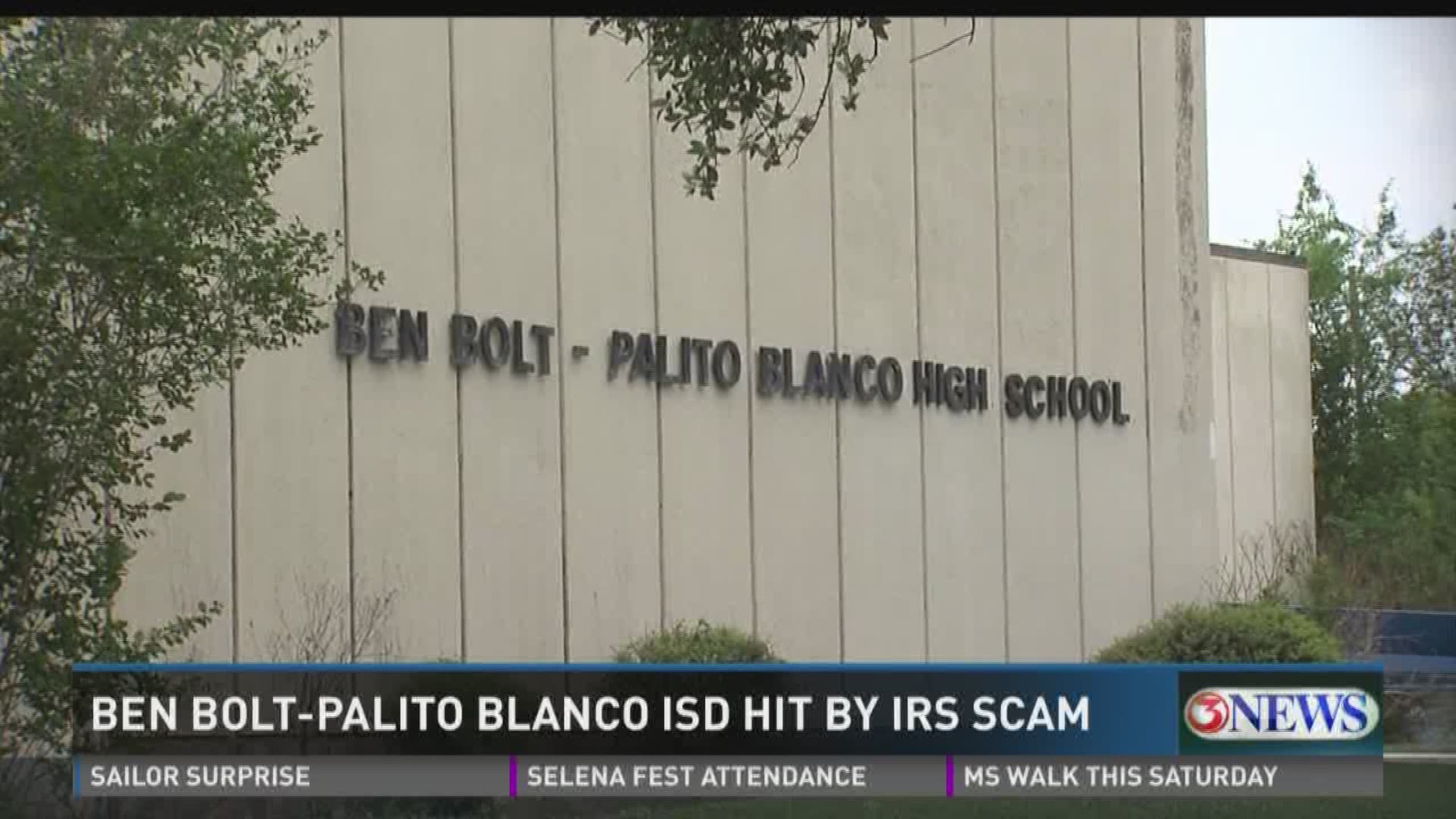 Someone has tried to file at least three tax returns using the Social Security numbers of Ben Bolt-Palito Blanco Independent School District employees. It all stems from an IRS phishing scam that the District's business manager fell victim to back on Jan. 27.

Since that time, the FBI and IRS have been working to find those responsible and stop the fraud.

"Our business office received an email that was seeking the release of W2 information," said Superintendent Tim Little of Ben Bolt=Palito Blanco ISD. "Unfortunately they were successful in that, and they posed as me to get that to happen."

The cammer used Little's name to get the district's business manager to turn over the Social Security numbers of employees. It's happened to four other school districts around the state this year, and it is estimated that some 120,000 public school employees have been affected.

So far out of 150 employees at Ben Bolt-Palito Blanco ISD, just 19 have had to go to the Corpus Christi IRS office to explain their returns. Of them, only three have had fraudulent tax returns filed under their Social Security numbers, according to Little.

"The other 16 were just flagged because of changes in addresses or minor things like that," Little said. "That was what got me. The change of address."

Luckily the IRS had flagged all of the employee Social Security numbers to prevent the crooks from cashing in on that information.

The district also said it has provided free online ID monitoring for all of its employees. That protection may have to stay in place for up to five years. Little also said district staff have undergone more training to be able to better spot a future phishing scam.