All the money raised will go towards recovery efforts 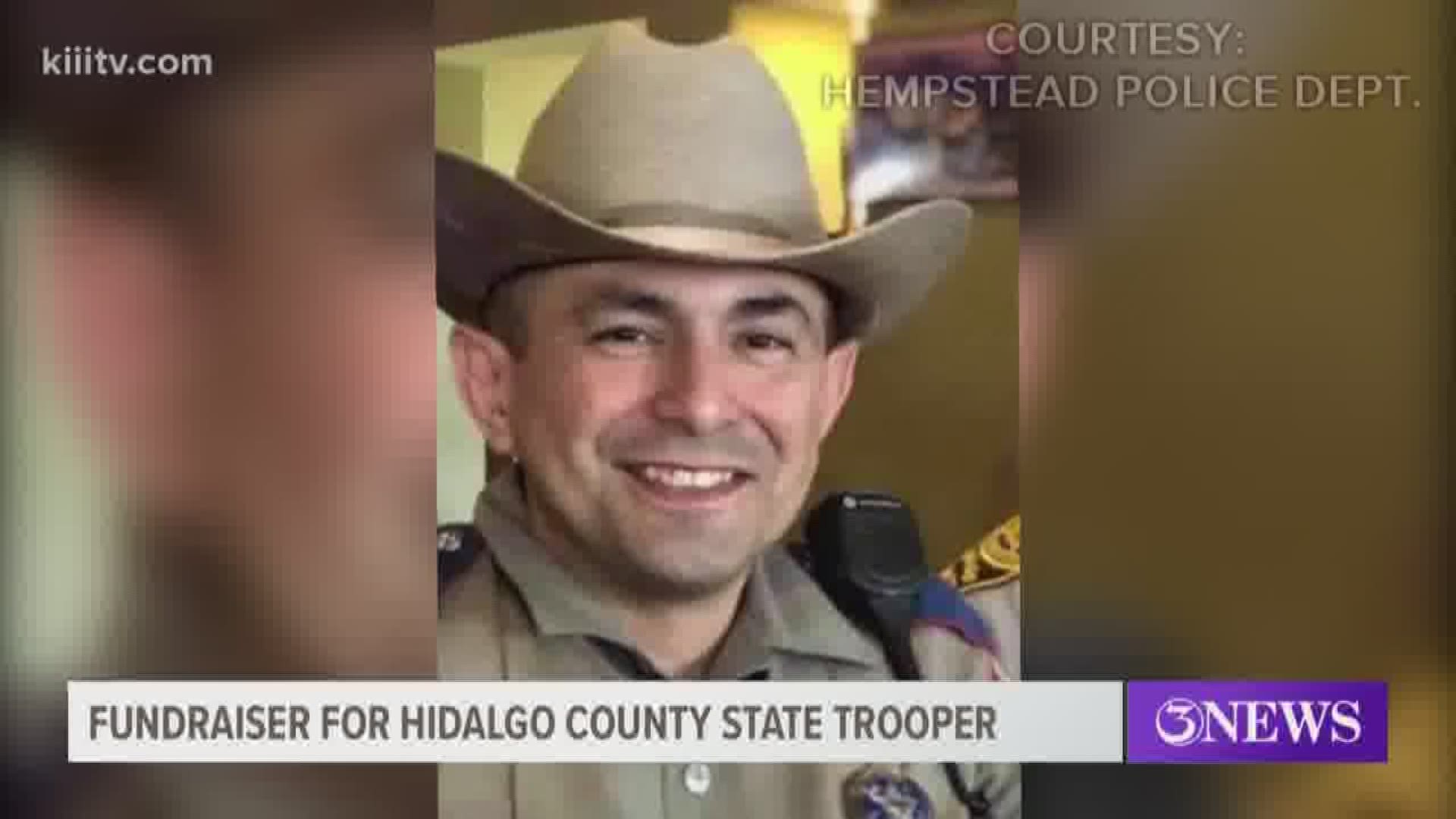 CORPUS CHRISTI, Texas — A fundraiser was hosted by the Corpus Christi DPS office for a state trooper who was shot last month in Hidalgo county.

People from surrounding counties came out to show their support for trooper Moises Sanchez.

Sanchez was responding to a car accident when the driver got out of the vehicle and started running way.
When Sanchez began following the driver on foot, he was shot in the head, but survived and had to undergo surgery.
The Corpus Christi DPS office said they wanted to help Sanchez and his family with medical bills and any other needs, so they hosted a barbecue benefit and silent auction.
Nathan Brandley with the local DPS office helped put on the fundraiser.
He says although this incident happened outside of his jurisdiction it doesn't change the fact that law enforcement everywhere stands together.

“You know, 'Hey, he is one of our brothers. That's his family. That's our family, and we want to reach out and do something to help them,” he said.
Dozens of people attended the fundraiser. Joe Martinez with the Agua Dulce Marshal's office was one of them.
He says it's nice to see people coming together to support law enforcement.

“You know it really gives you a sense of comfort to know there is a lot of people who care about law enforcement and support law enforcement,” he said. “The way things are nowadays we could use a little support.”
As well as people participating in the silent auction and buying barbecue plates. A check was presented that will go towards Sanchez’s recovery efforts.

According to DPS, Sanchez is still in the hospital but has regained facial movement and is slowly improving.