Precinct 2 Constable Michelle Barrientes-Vela had previously planned to run for sheriff, but on Friday said she'll instead run to retain her current office. 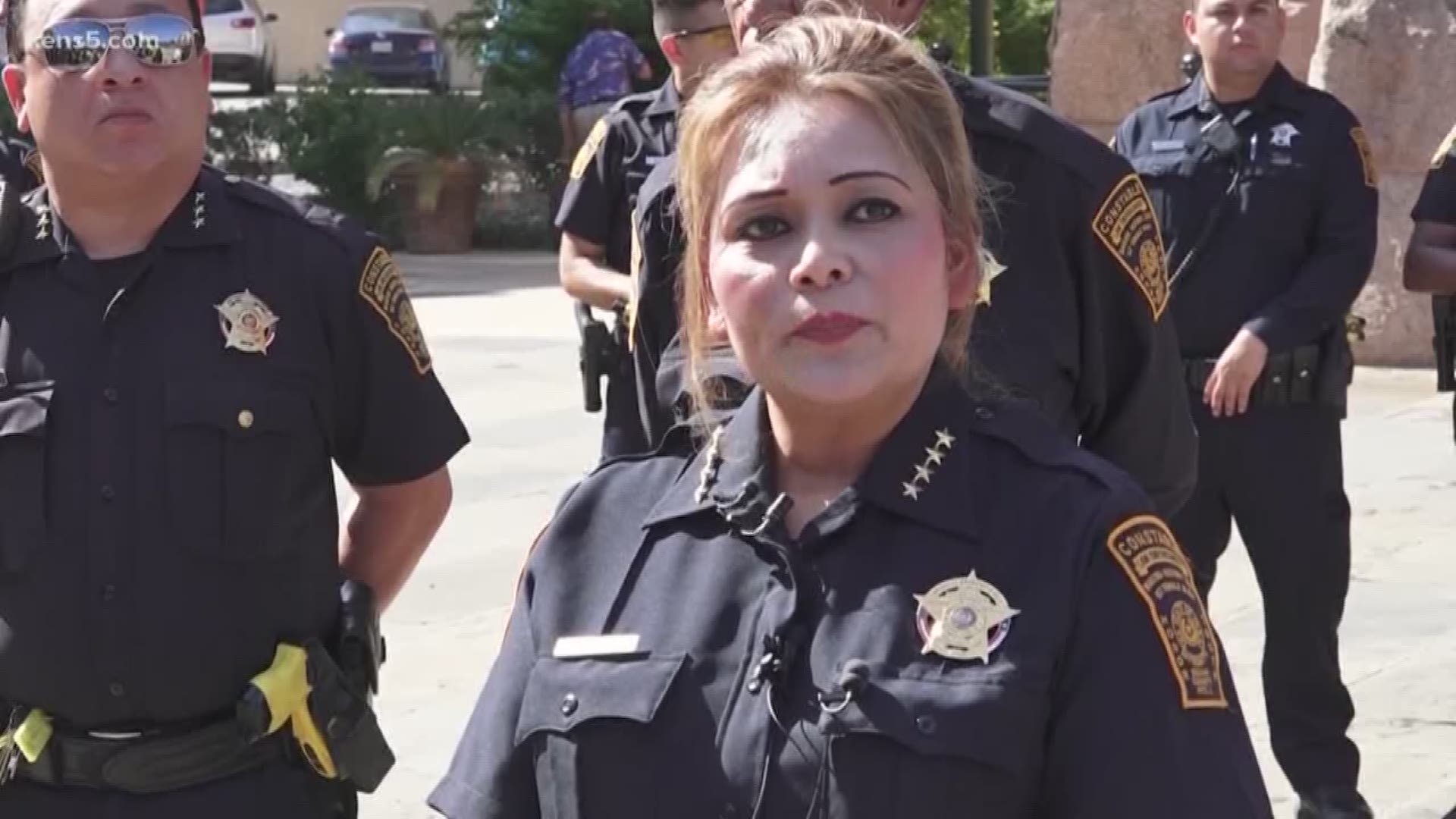 SAN ANTONIO — Bexar County Precinct 2 Constable Michelle Barrientes-Vela alleged Friday that county leaders are targeting her with an investigation. She denied wrongdoing, pledged to "hold them accountable," and announced she will not run for sheriff as she previously planned, but will instead run to retain her current seat.

Barrientes-Vela called for a news conference in front of the Bexar County Courthouse, where she asked for the district attorney to come outside and talk with her.

"I have gone (onto) these steps. I have asked to speak to Joe Gonzales. I have emails if you want to (submit an) open records request. I have emails where I’ve asked to meet him in person. I’ve sent a certified letter to him, I have yet to have a response," she said.

Barrientes-Vela did not detail the aspects of an alleged investigation into her or her precinct, but previously refuted allegations by one of her precinct's deputy constables and accusations about conduct involving Easter Park pavilion reservations.

Gonzales released a written statement Friday, saying, "We cannot comment on whether a person may be the subject of a criminal investigation."

The constable said she does not plan to run for sheriff, an idea she had previously floated publicly during Bexar County Commission meetings.

"I am seeking another term in law enforcement," Barrientes-Vela said. "However, the cards have changed for me a bit."

She says she will run to retain her seat, and will run for sheriff in four years.