Several inches of rain have fallen in the area. 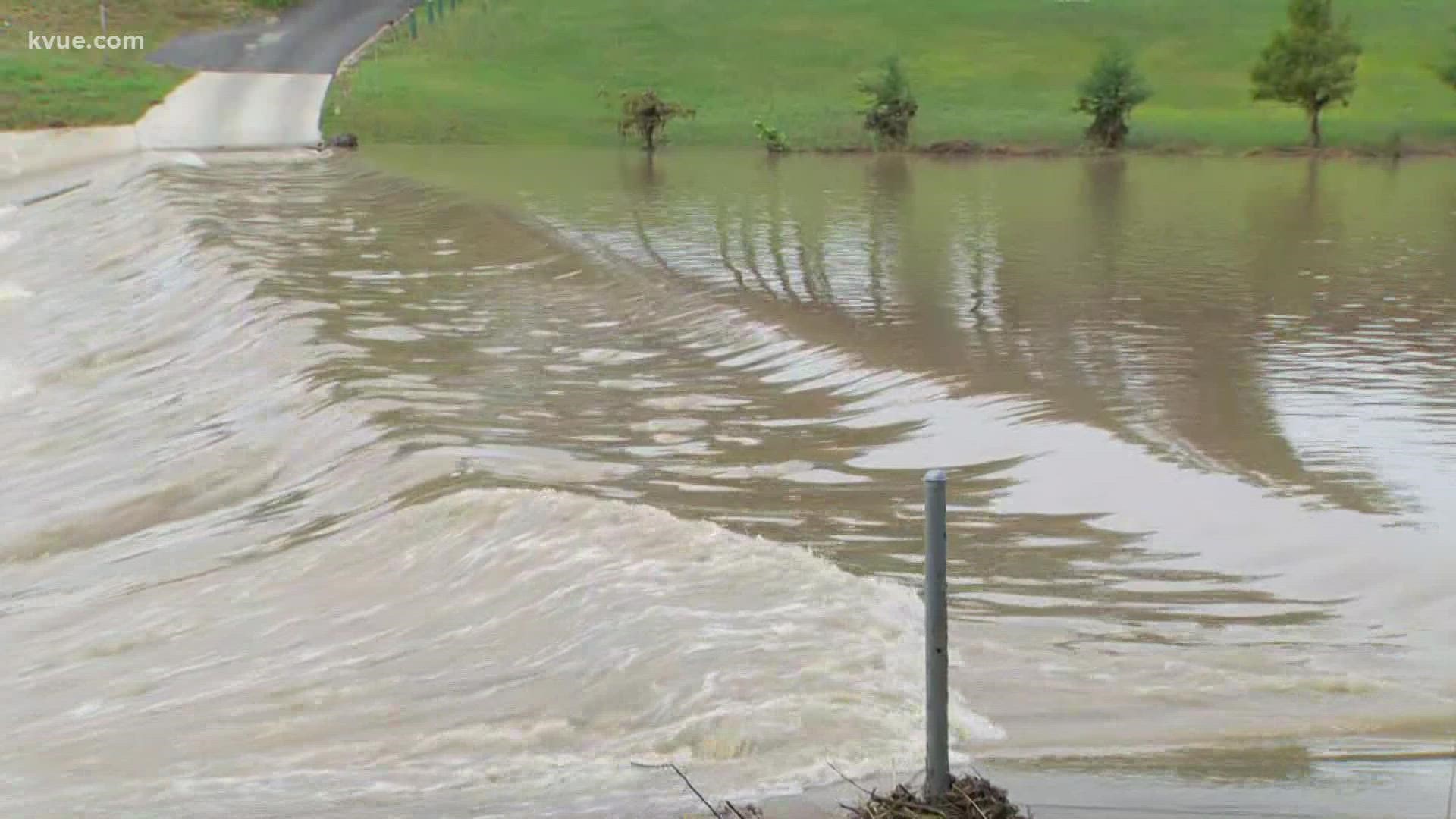 In San Marcos, the Blanco River has reached 24.6 feet, which means it's in the "moderate flood" stage. The moderate flood stage is 24 feet.

KVUE's Mariel Ruiz reports that the last time the Blanco River reached this height in San Marcos was May 9, 2019.

As of around 10 a.m., the Highway 80 bridge over the Blanco River in San Marcos is closed while first responders work to evacuate some residents in the water, according to the National Weather Service. The San Marcos Police Department said no one has died.

By around 10:30 a.m., the Texas Department of Transportation said State Highway 80 at the Blanco River in San Marcos is now open.

KVUE's Bryce Newberry was at the Blanco River outside of Wimberley Oct. 14, and captured roaring waters.

The Blanco River is roaring outside of Wimberley this #DaybreakATX after overnight storms brought up to 7” of rain to the area. We’re live on @KVUE as @marielruizwx tracks the forecast and we evaluate the impacts across Central #Texas. #atxwx #txwx pic.twitter.com/kOwXRhfNbF

Newberry reported that the overnight storms brought up to 7 inches of rain to the Wimberley area. The Blanco River in Wimberley has recorded 12.72 feet Thursday morning, and the minor flood stage is 13 feet.

Watch for flooded areas around these locations. There are dozens of closed low water crossings in the Austin area Thursday morning. Check road conditions here if you must drive.