Juan Muniz III, 22, was escorted by bright blue and red lights from San Antonio to Kingsville. 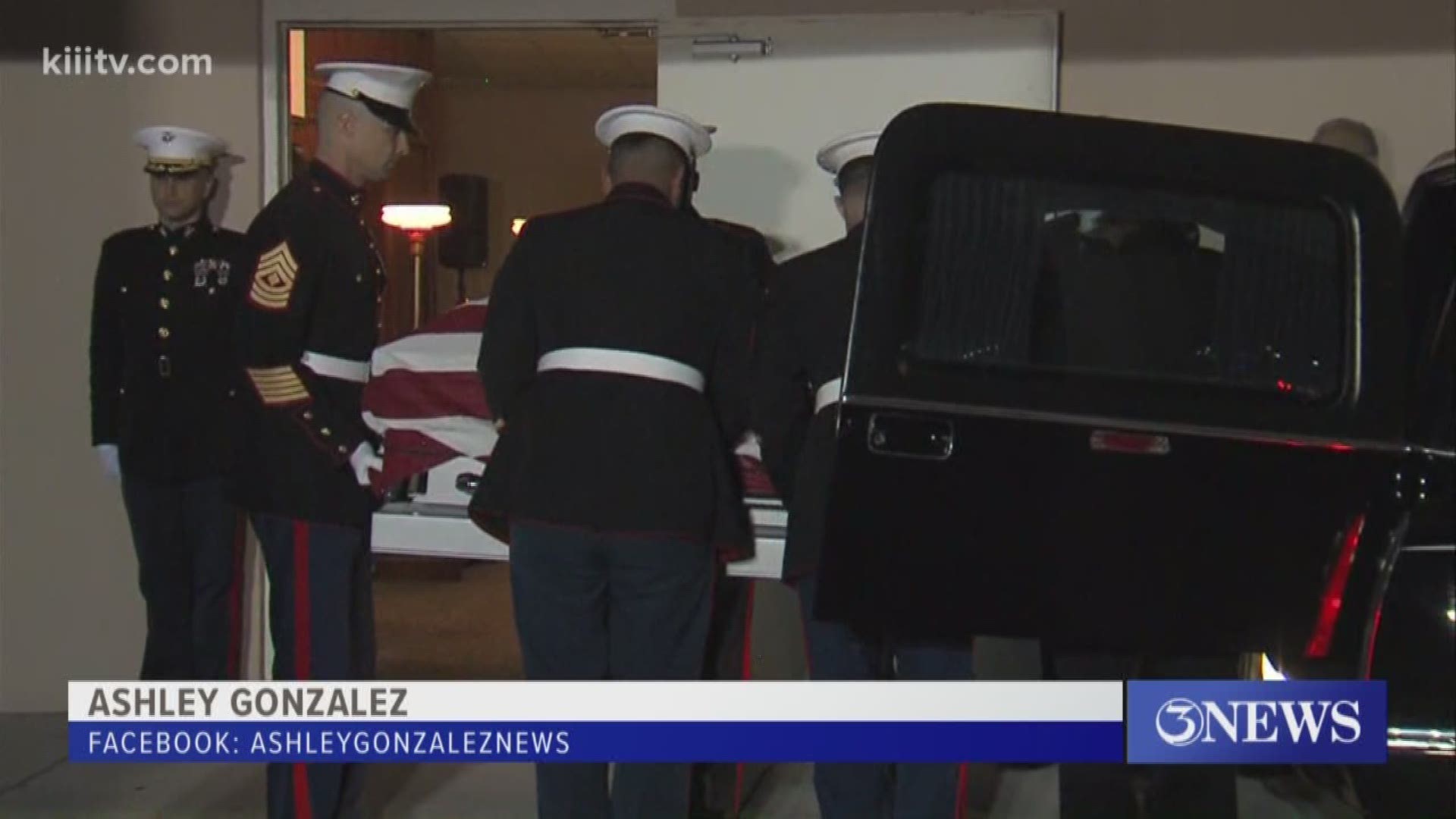 KINGSVILLE, Texas — A Marine killed in a pedestrian accident in San Diego, California earlier this week has finally made his way home.

With bright blue and red lights, his body was transported from California to San Antonio. Muniz was then escorted down Highway 77 to Kingsville.

In the hometown of Muniz, community members had the opportunity to pay their respects.

Muniz was killed in a pedestrian accident in Oceanside, California lon Sunday night.

Muniz was walking near an intersection when he was hit by a car traveling north on Coast Highway.

Officers believe alcohol was a factor in the collision, and 31-year-old William Vaden was arrested for a DUI.