Brass knuckles will soon be legal in Texas

"There's a lot of people that I talk to, they don't want to carry a gun but they want something they feel safer with," Dustin Denson, a self defense instructor said. 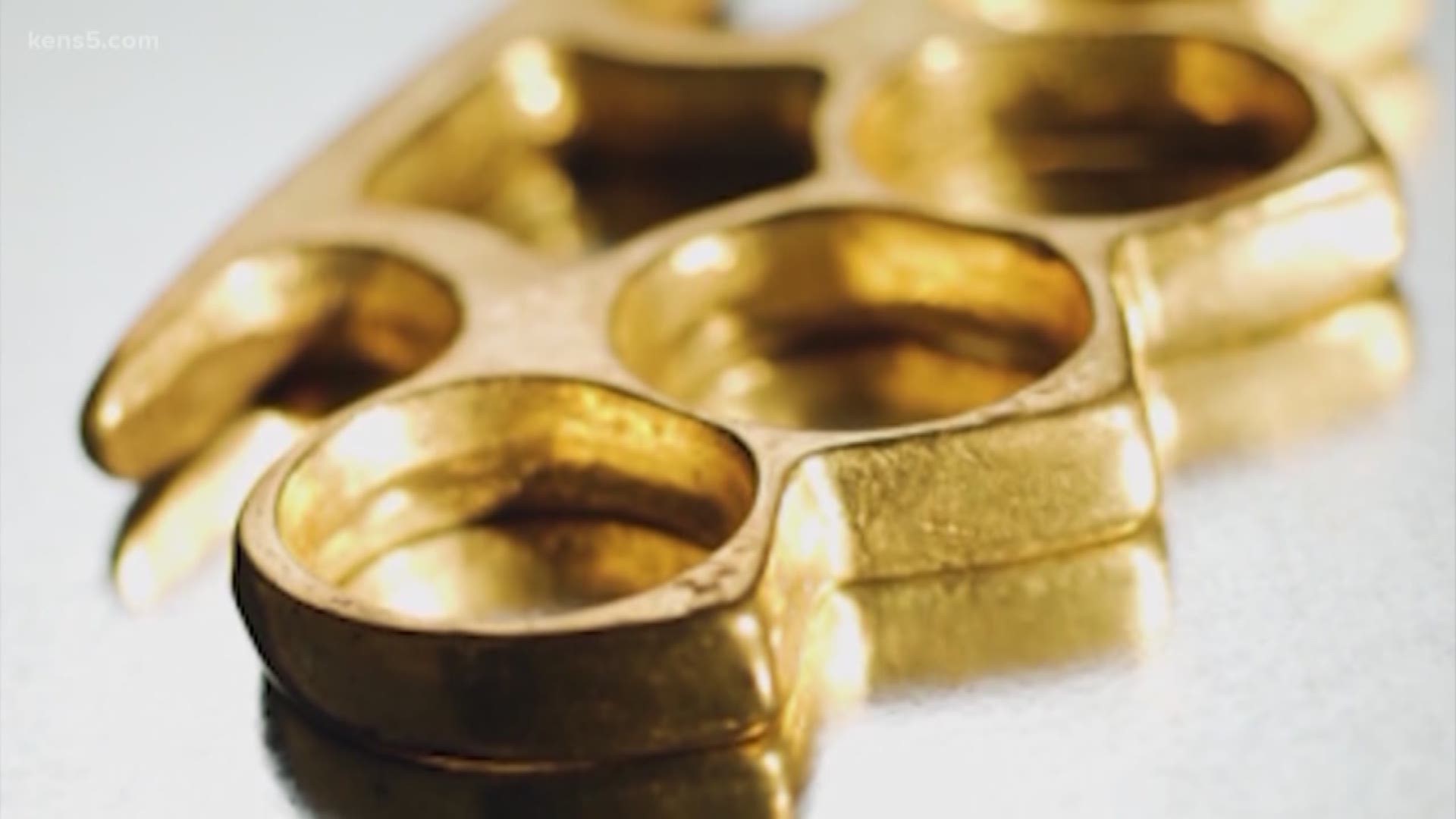 What was once seen as a dangerous weapon will soon be lawful in Texas.

A new law that goes into effect in September will lift the ban on brass knuckles and other items seen as self-defense tools.

"I believe it's a good thing," Dustin Denson, a self defense instructor, told KENS 5 on Sunday. "A lot of these laws are simply antiquated."

Denson specializes in a Filipino Martial Art that incorporates weapons.

"When I have taught women, they're interested in being able to find tools to protect themselves to equalize the threats that they may encounter," Denson said.

That list of tools will soon get a bit longer.

Carrying brass knuckles, kitty key chains and other self defense items will be legal in Texas. The bill passed unanimously.

"There's a lot of people that I talk to...they don't want to carry a gun but they want something they feel safer with," Denson added.

That's where some of these tools come into play, like the Kitty key chain, a tool popular among women.

The eyes of the cat become finger holes and the ears become spikes. When clutched, they create a weapon to fight off an attacker.

"It's an equalizer for women," Denson said. "Something she can carry in her purse or on her keys and be able to protect herself from a threat."

A threat that Denson says has become all too common, which is why he stresses that the most important self defense tool is something you can't buy-

"Situational awareness. The first and best self defense tool is between your ears. You have to maintain an awareness of your surroundings."