Police have not released a description of the men but say the search continues. 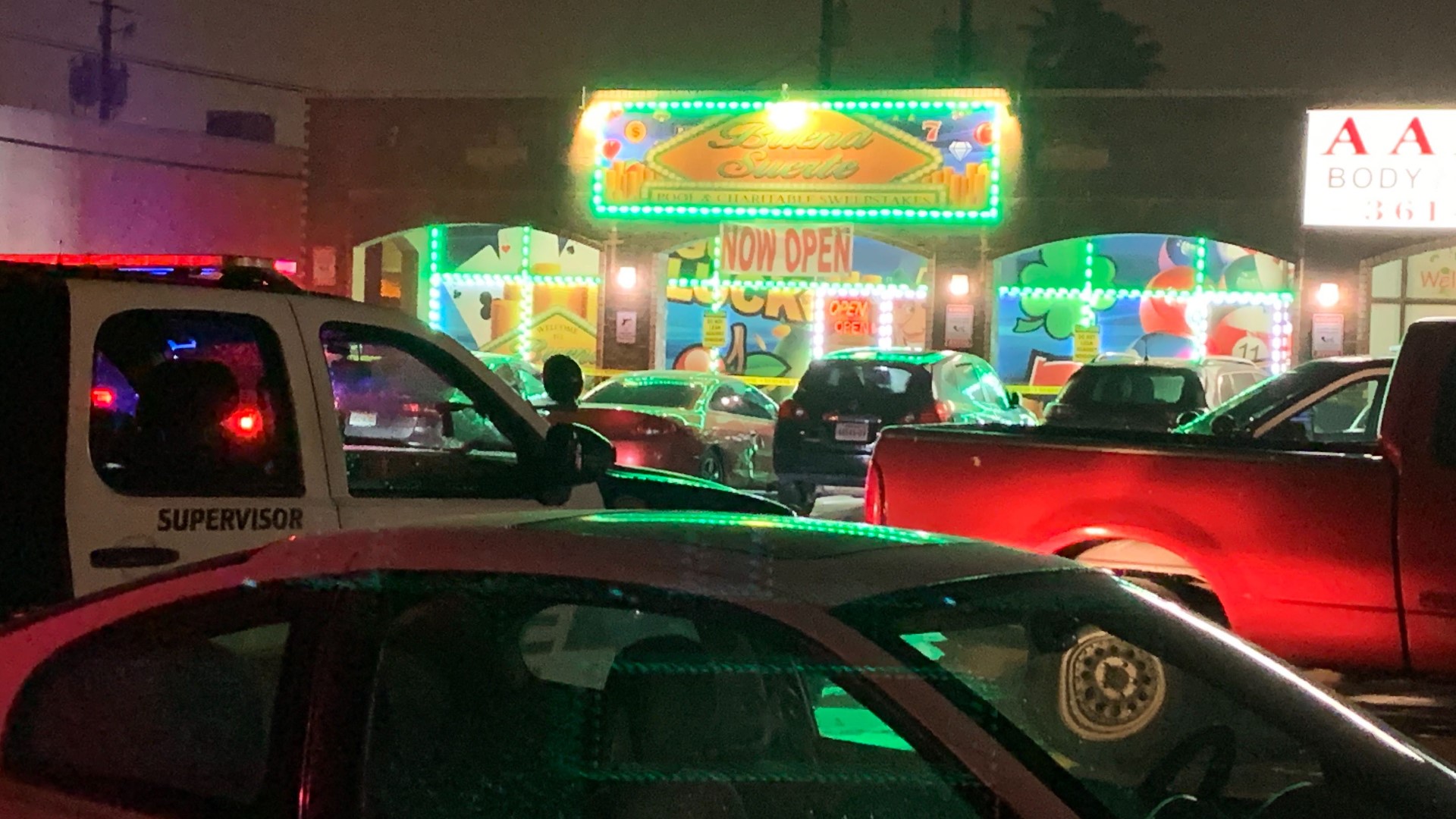 CORPUS CHRISTI, Texas — A search is underway for two men following a shooting at the Buena Suerte Game Room on Everhart near Cain Drive.

The front of the business was surrounded by police cars and crime tape.

According to officers, there were several patrons inside the establishment when the gunfire rang out.

A security guard was shot in the stomach by one of the two men who police say were attempting to rob the game room.

The guard was taken to Bay Area Hospital where he is said to be in stable condition.

Officers searched the area for the two men who took off running following the shooting.

Police are currently looking at surveillance video to get a better picture of the suspects.

Police have not released a description of the men but say the search continues.