For one woman, it was bittersweet graduation because someone was missing from the audience. 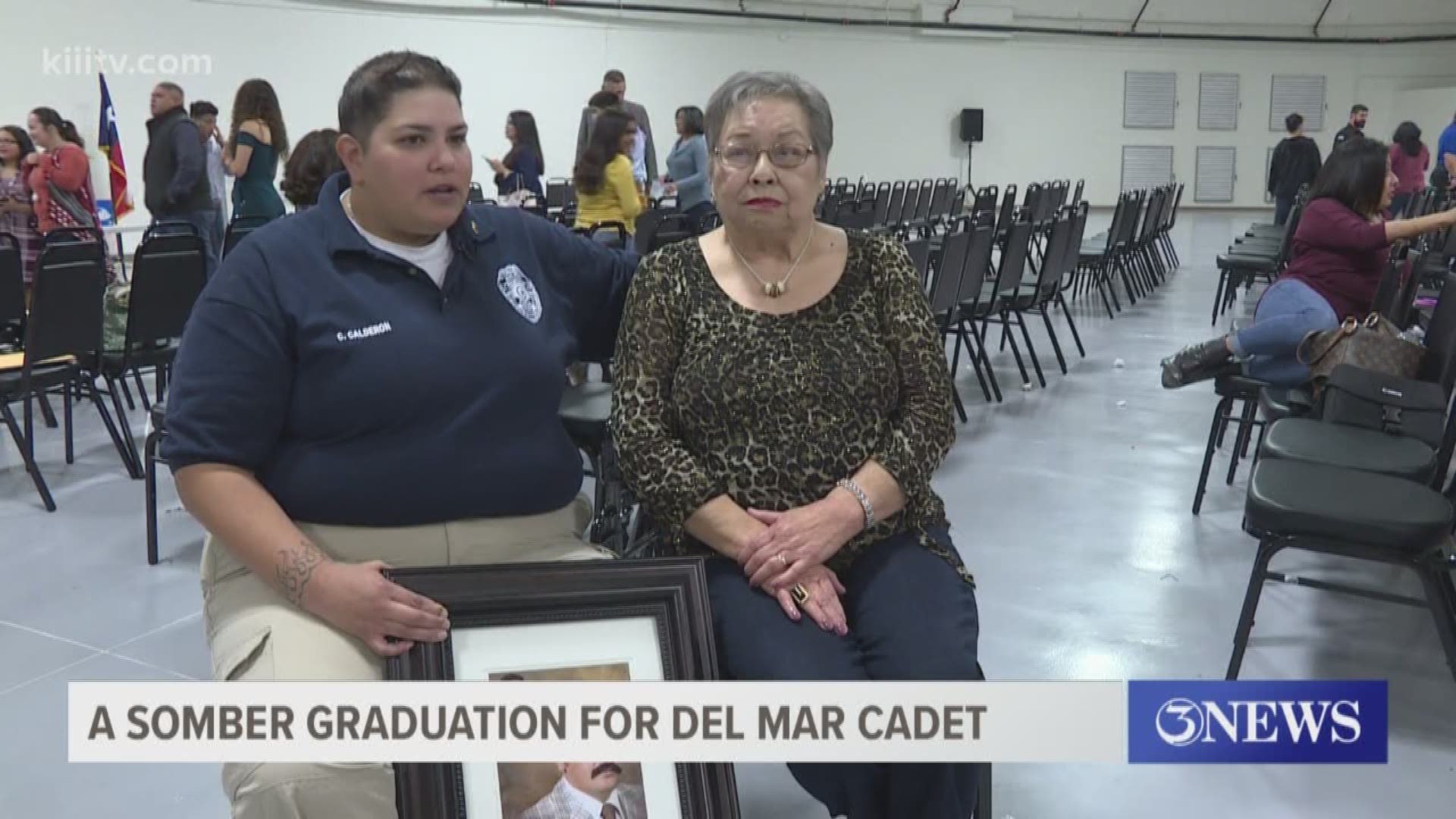 For one woman, it was bittersweet graduation because someone was missing from the audience.

As excited as cadet Cynthia Calderon and her family were, someone is missing -- her father, David.

"These past couples of weeks have been really hard for me to go see him because I was studying," Cynthia said.

David was an airforce veteran and South Texas native who had been fighting cancer for some time. David managed to cheer his daughter on as she worked to graduation.

"He pushed me he was super proud of me for starting it and kept telling me not to stop regardless of what's going on to keep pushing," Cynthia said.

Cynthia's studies ramped up, and David's health continued to decline. Six days before her graduation, David passed away.

Although David is gone, his words still echo in Cynthia's mind.