From essential and farmworkers to top CEOs and doctors, Latinas make up 20% of California's workforce. But advocates say they are underpaid and under-represented. 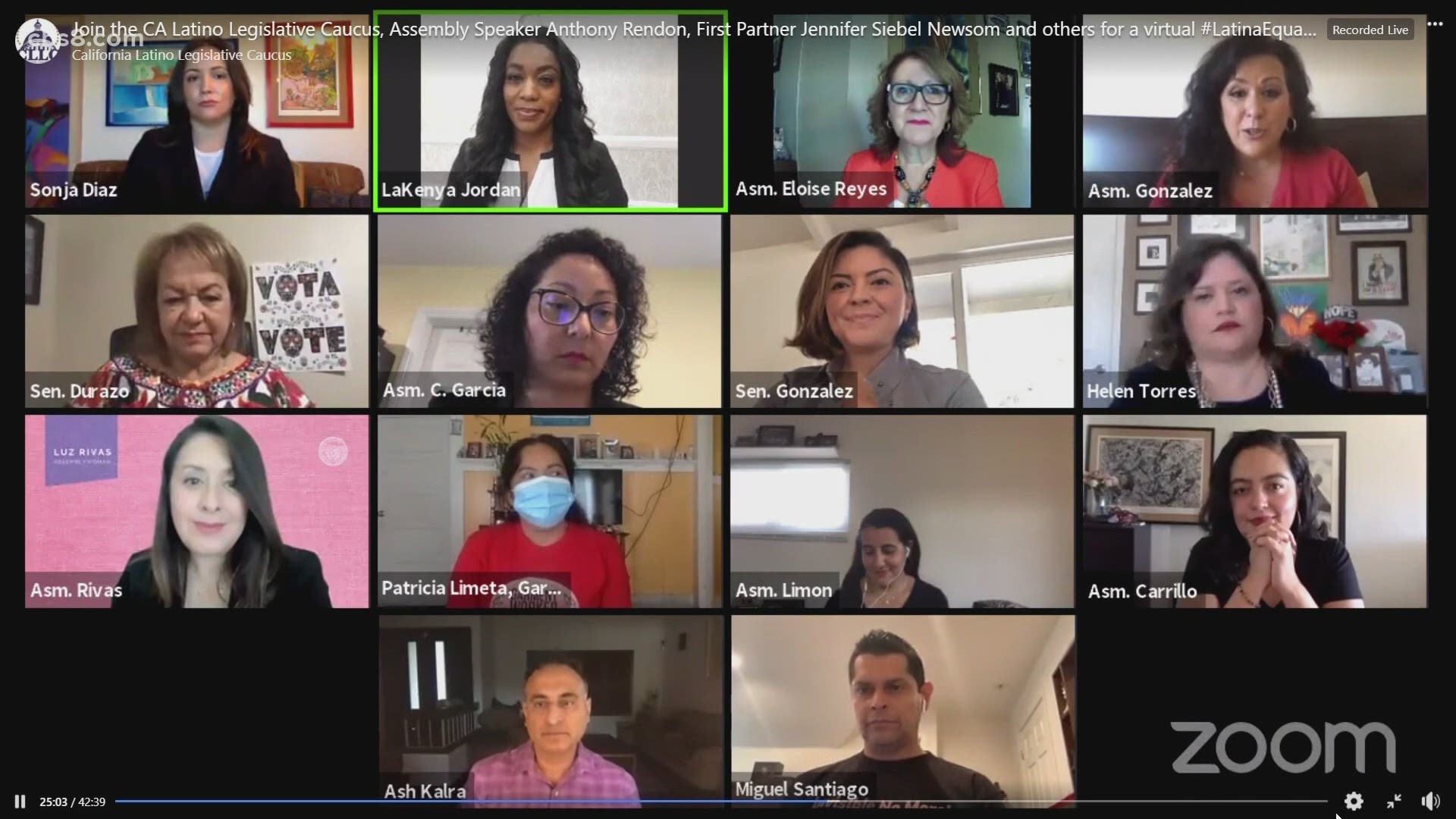 CALIFORNIA, USA — Thursday marked Latina Equal Pay Day. And across the country, Latinas were raising awareness about the pay gap they face. But in California, lawmakers say they're one step closer to closing the gap with the launch of the state's new "Unseen Latinas" initiative.

From essential and farmworkers to top CEOs and doctors, Latinas make up 20% of California's workforce. But advocates say they are woefully underpaid and under-represented in a state with 16 Latinas serving in the state legislature.

"If we work together, we will be invisible no more," said Assemblymember Eloise Gómez Reyes.

"It's time to treat us with dignity and respect we deserve," State Senator Maria Elena Durazo.

Even in the year 2020, recent studies show California Latinas earn 42 cents for every dollar a white man makes. But it's 2020 that may have made the problem worse.

"When the pandemic hit, Latinas were more likely to lose their jobs than their white counterparts," said Durazo.

"Within [the] initial months of [the] COVID crisis, unemployment among Latinas has reached nearly 30% compared to less than 10% of white women," said Assemblymember Monique Limón.

A garment worker shared her situation to prove the point.

"As a garment worker, I work more than eight hours a day and make $250 a week," said Patricia Limeta.

The state's Latinas initiative is vowing to change that with San Diego assemblywoman and labor advocate Lorena Gonzalez taking the lead.

"We have to see why Latinas are falling so far behind and what we can do to change that," she said.

Gonzalez said closing the Latina wage gap is a win for California as a whole.

"When you look at poverty, Latinas holding jobs - 56% are low wage jobs," she said. "If you want to lift up California, you're going to have to go with Latinas."

And if it's new policies they need, they've got a major player in their corner.

"This state is missing out on so much," said California's First Partner Jennifer Siebel Newsom.

She said Governor Gavin Newsom promises to fight for fair compensation for all Latinas.

"Because the needs of Latinas must continue to be at the center of economic recovery," said Siebel Newsom.

The group's next step is to learn more about the personal experiences Latinas have had in this time of COVID. Assemblymember Gonzalez’s office is the lead, welcoming feedback at 916-319-2080.