3 people dead, 2 children transported to the hospital after major accident in Petronila

Two vehicles collided and went up in flames near FM 665 and County Road 61 on Sunday afternoon. 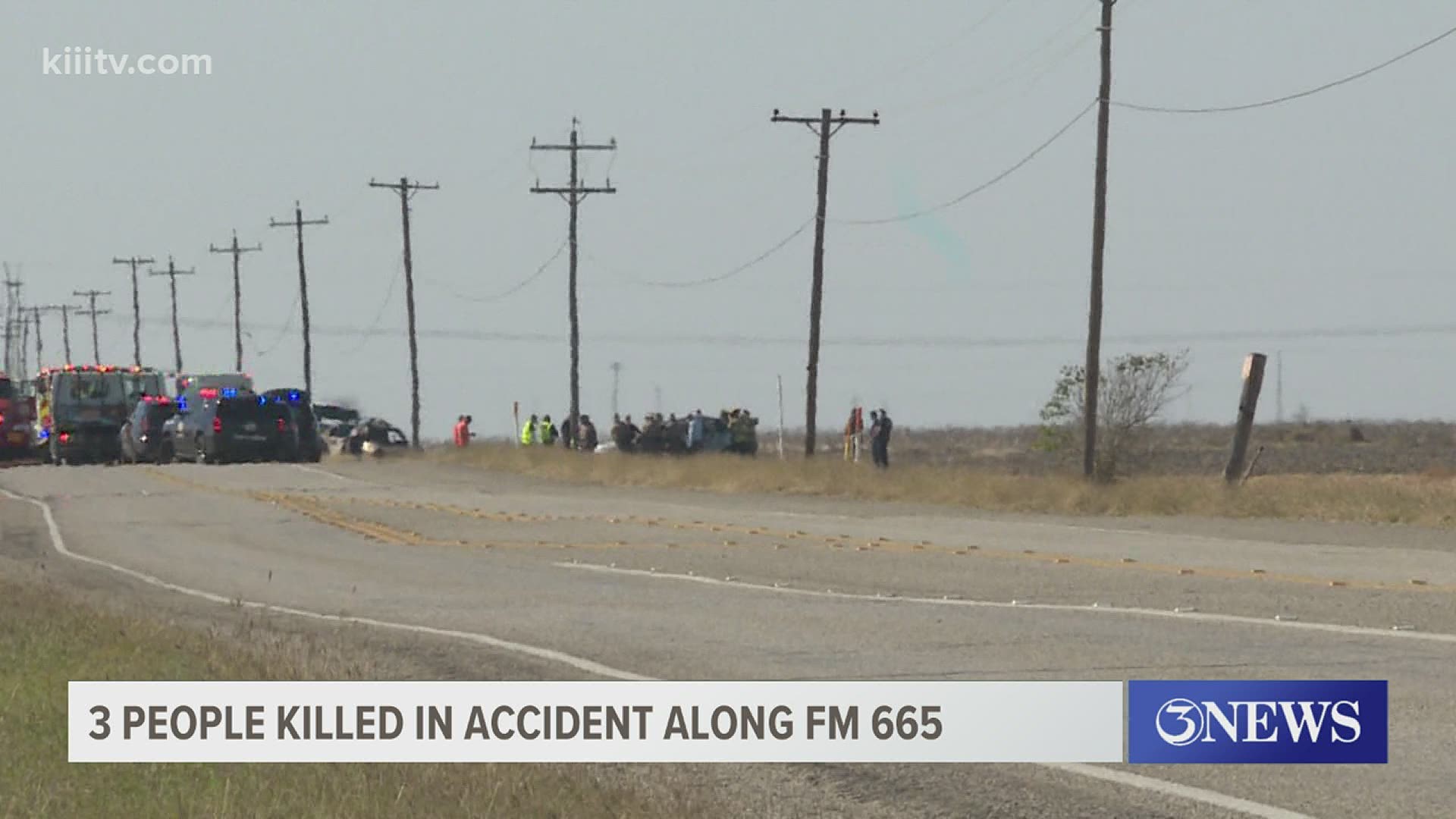 The Texas Department of Public Safety said around 12:04 p.m. on Sunday, two vehicles collided and went up in flames near FM 665 & County Road 61.

Troopers with DPS said witnesses reported seeing a driver of an old passenger vehicle passing multiple vehicles at a high rate of speed and hit head on with a four door passenger car.

Both vehicles were thrown into the field and caught fire. Initial reports from the investigation suggest the driver of the passenger vehicle was passing vehicles at a high rate of speed.

"With a roadway such as this, it's just two lanes in each direction with an improved shoulder on each side, you're not leaving a whole lot of room for people to take evasive action, and if evasive action is taken, it's not a 100-percent that people are gonna go in opposite directions and this is usually the result," Sergeant Nathan Brandley said.

Three people were killed. Two have been identified as 31-year-old Amber Madrano and 22-year old Jacklyn Espinosa from Corpus Christi. The man in the other vehicle has not been identified.

Two children ages three and eight were taken by HALO-Flight to Driscoll Children's Hospital for care. They are expected to be OK. 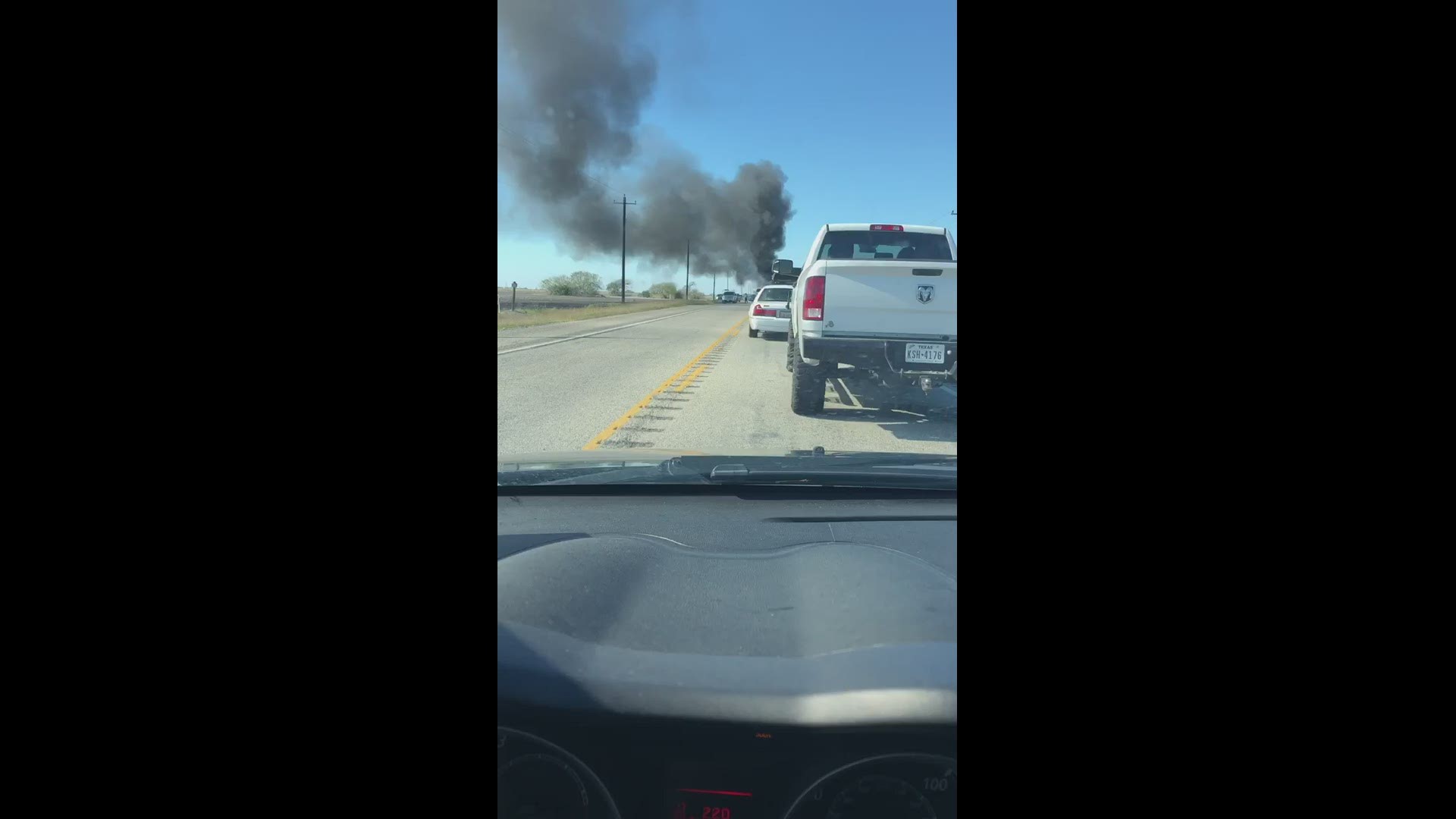