Notice went out Thursday to parents at Kaffie Middle School about the investigation. 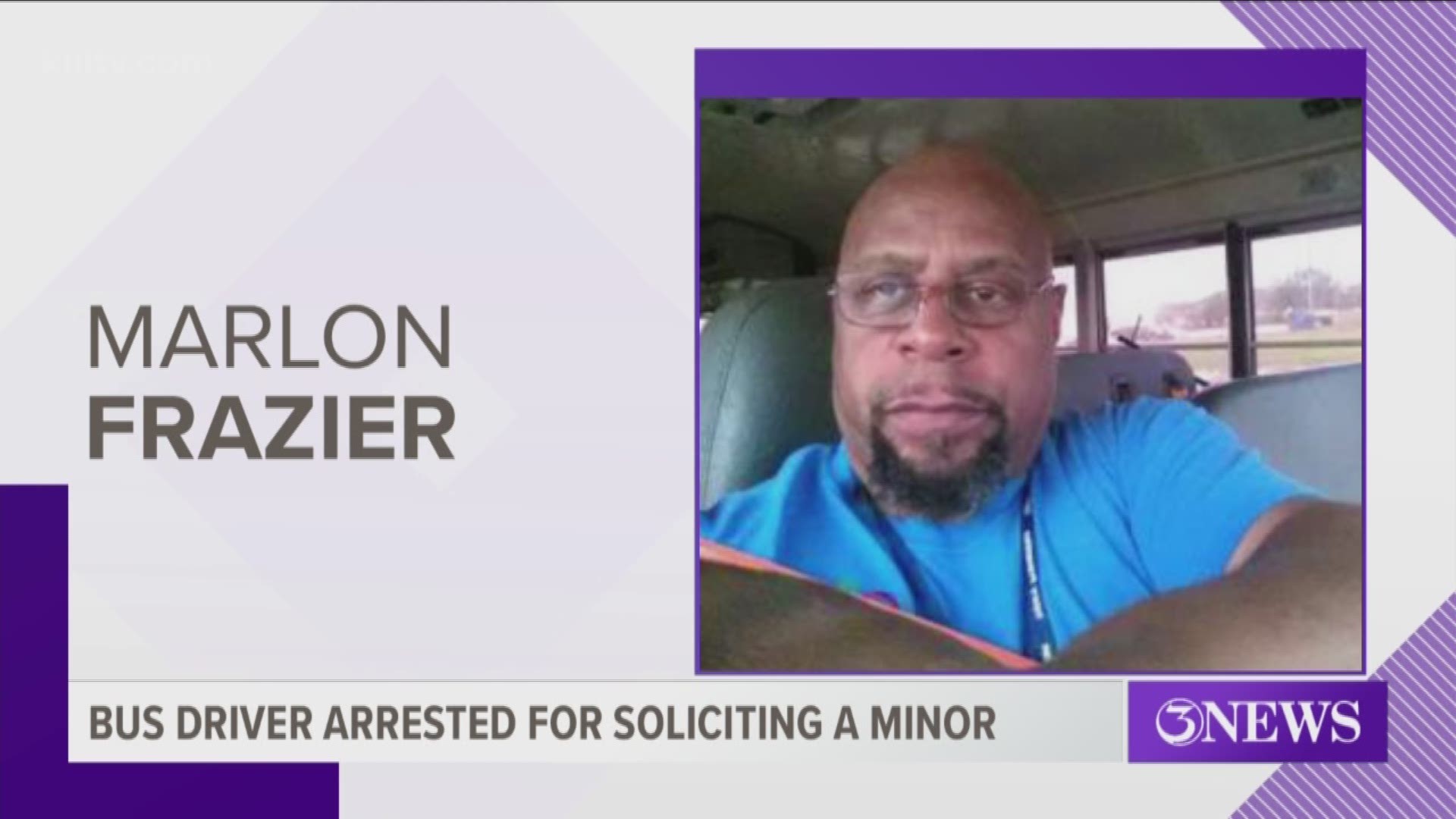 CORPUS CHRISTI, Texas — A Corpus Christi Independent School District bus driver has been arrested and charged with one count of improper relations between an educator and a student.

The Corpus Christi Police Department's Internet Crimes Against Children division initiated the investigation Thursday and arrested Marlon Frazier, who they said was soliciting a female minor to engage in sexual relations.

Parents at Kaffie Middle School got work from the school principal Thursday that the investigation was underway and that Frazier had been placed on paid administrative leave pending an investigation into text messages he allegedly sent to a student last school year.

Corpus Christi Police Department
Congratulation to Lt. Javier Cantu on being awarded the life saving ... ribbon today. Lt. Cantu assisted in removing a man from a burning vehicle that was struck by a wrong way driver on January 1, 2019. Thank you for your selfless act in saving this mans life.

Corpus Christi police are now asking that anyone with additional information regarding this case, or anyone who is or knows a victim in the case, call Detective Alicia Escobar at 361-826-2996.