The gear is said to be state-of-the-art equipment to confront an active shooter situation. 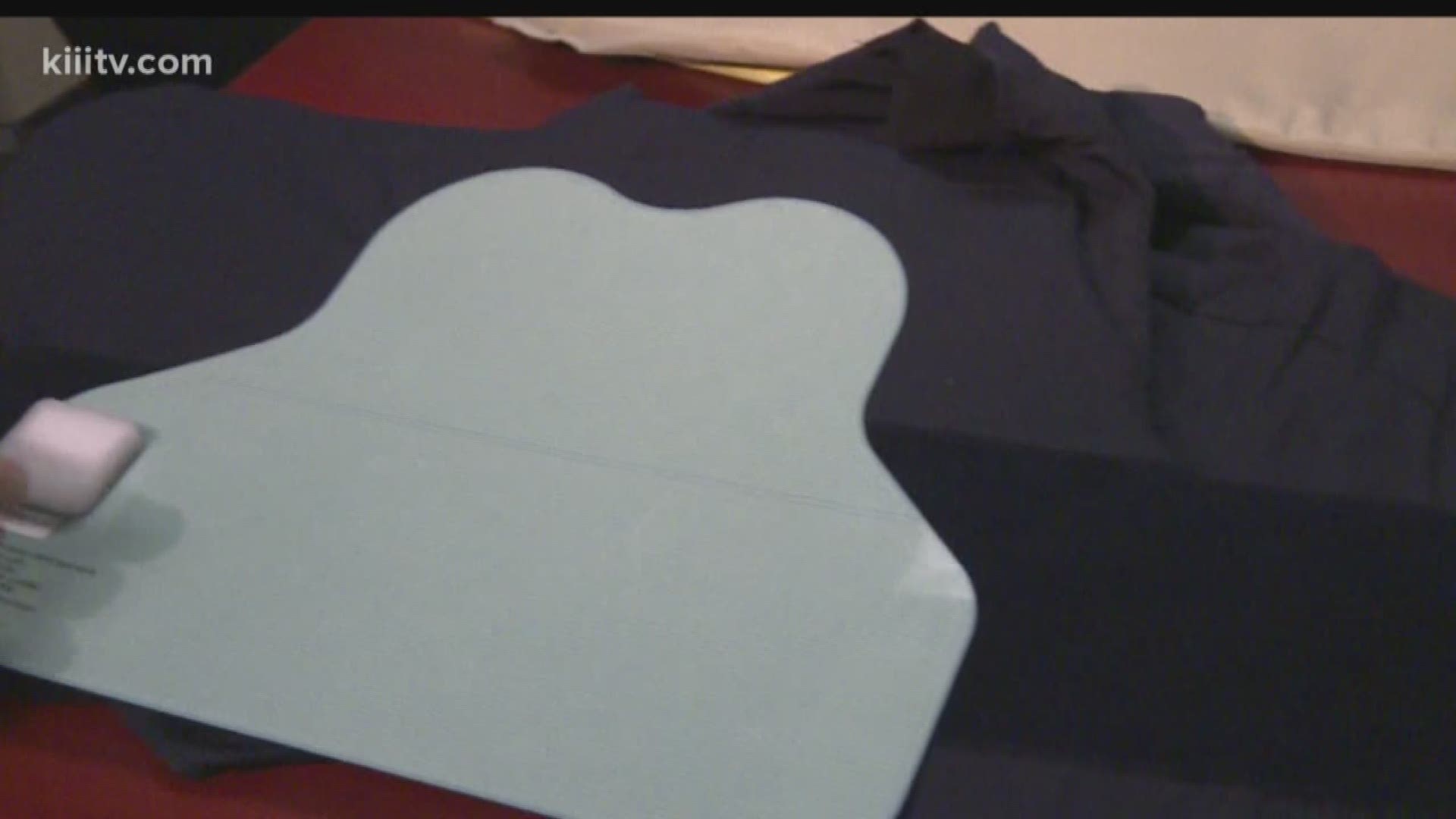 Corpus Christi Independent School District police officers will be the first in the Coastal Bend to wear new bulletproof vests that contain a device that sends an alert if the protective gear is punctured.

The gear is said to be state-of-the-art equipment to confront an active shooter situation.

AID stands for Automatic Injury Protection. The technology was initially used for packaging, but manufacturer John Bulke helped discover a better use.

"It's a thin plastic piece of film that goes inside the body armor, and any type of piercing event -- be it from a bullet or a knife -- anything that pierces that thin piece of film sends out an emergency alert," Bulke said.

All you need is a smartphone, and that is what Robert Hahn is equipping the department with.

"Like this Samsung smartphone here, it can run over their WiFi in their buildings, and it pairs with the AID applications. So if they are shot or stabbed, it's going to send out an automatic blast text message -- kind of like an Amber Alert -- and it sends a GPS location of where they are. Where they are injured."

The vest will also activate a live phone call.

As CCISD Police Chief Kirby Warnke found out about the technology, he was sold on the rise in school shootings.

"Well, when you're in a battle seconds count, and if something bad happens -- hopefully nothing does -- this could be the difference. It's going to give instant response. I think in an officers' safety point of view, this is very positive," Warnke said.

The patrol officers will be the first to use AID and as time goes on, all campus officers may be geared with the new gadget.