Leander ISD is the latest district to give school bus drivers a raise as an effort to fill the vacant driver positions. 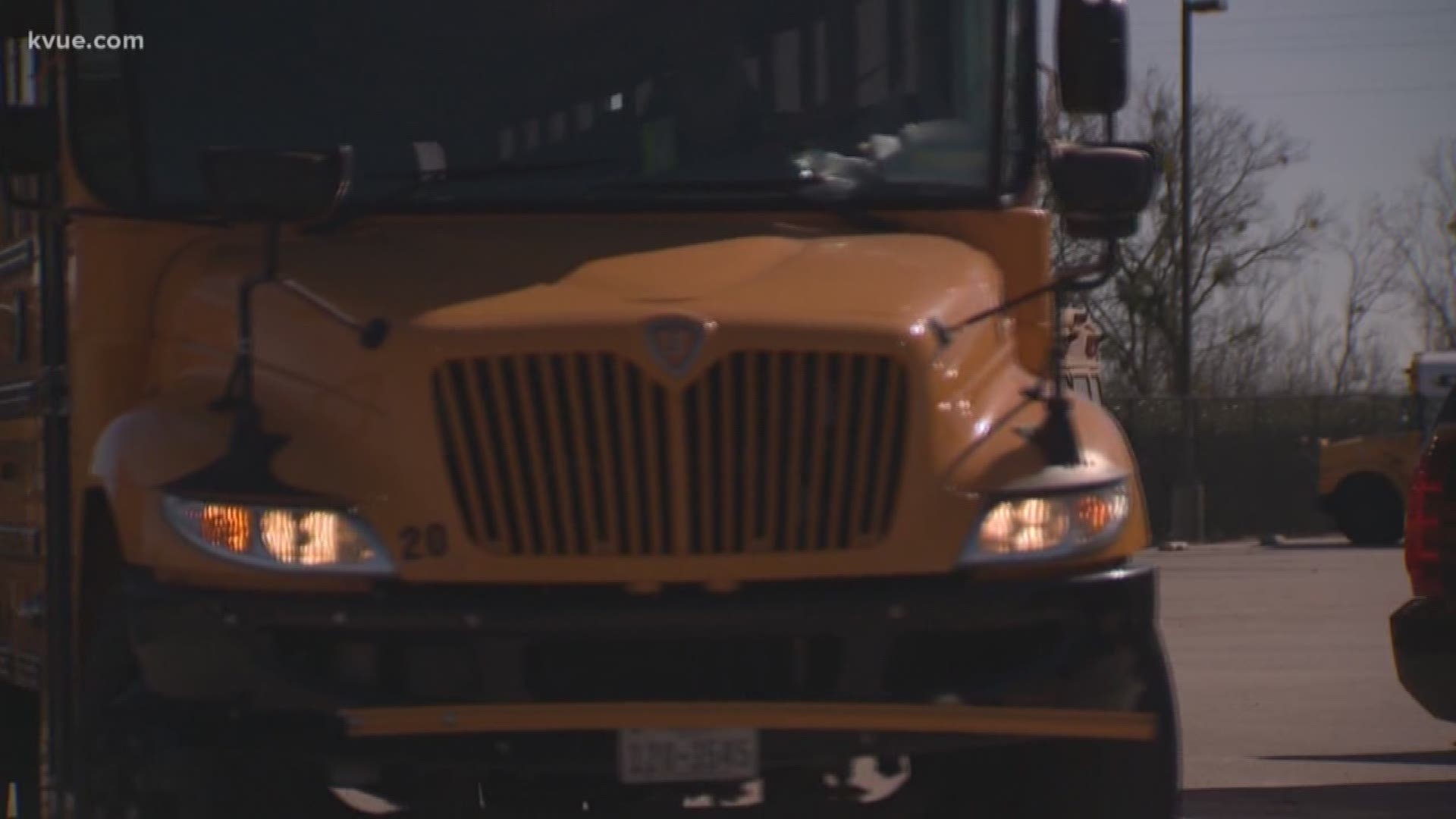 Leander ISD is the latest district to give school bus drivers a raise as an effort to fill the vacant driver positions.

The Board of Trustees just approved a dollar an hour increase to try to “recruit and retain drivers.”

Tuesday, Mindi Davis climbed into her school bus and prepared for the afternoon drive.

Driver Federico Cardenas checked to make sure he was ready to roll.

"I love it. I really do,” said Davis. "The kids depend on you. They love to see you every morning."

"It's something new every single day,” said Cardenas.

"We are looking to hire bus drivers,” said Scott Thomas with the district.

He said they only have a few last spots to fill, thanks to a recent change in driver's pay.

"The pay for Manor right now is really good,” said Cardenas. "We need more drivers. That's for sure."

This school year, the district increased bus driver pay, ranging from $16 to almost $19.51 an hour based on experience.

Thomas said that made a clear difference.

"It's a lot easier to get great bus drivers," said Thomas. "A lot of bus drivers don't necessarily do it for the money but just like any job -- money really helps."

They just approved to increase the bus driver starting salary to $16.50 an hour.

"One of the disadvantages of a strong economy in Central Texas, and low unemployment is it's hard to find people to fill these hourly jobs," said Corey Ryan with Leander ISD.

According to Ryan, this school year, they've hired 33 drivers but lost 23.

To fill the gap, he said other certified district employees are getting behind the wheel.

"Those folks end up working lots of overtime,” said Ryan.

The district will now even give employees a bonus of $250 dollars if they refer a driver and another bonus to drivers who have two or fewer absences.

It's a similar story across the area.

At Hays CISD, they raised their pay this year from $14 to $16 dollars and are still looking to hire 25 route drivers. A district representative told KVUE there are nine applicants currently in the vetting process.

At AISD, their transportation director told KVUE they are looking to hire about seven to 10 more drivers. Kris Hafezizadeh said they try to have a staff that is 10 percent above the needed drivers to cover the 380 routes each day, just in case someone calls in sick.

Hafezizadeh said there are 12 drivers who are currently in the application process but added it can take months to get a driver on board. He said that can be due to a delay in a driving test through the Texas Department of Public Safety.

There are currently 12 openings at Round Rock ISD.

And at Eanes ISD, they said it's a struggle to find drivers, but said they just filled their last two openings, with a pay scale now ranging from $16 to $23 dollars.

In the meantime, drivers like Davis said they'll continue to serve the students.

"Just being a friendly face every day and getting their day started off right,” said Davis.