Ashley Guzman was well into her six-hour work day at a Chick-fil-A in Corpus Christi, Texas, when a frequent customer who is disabled show up for his meal. 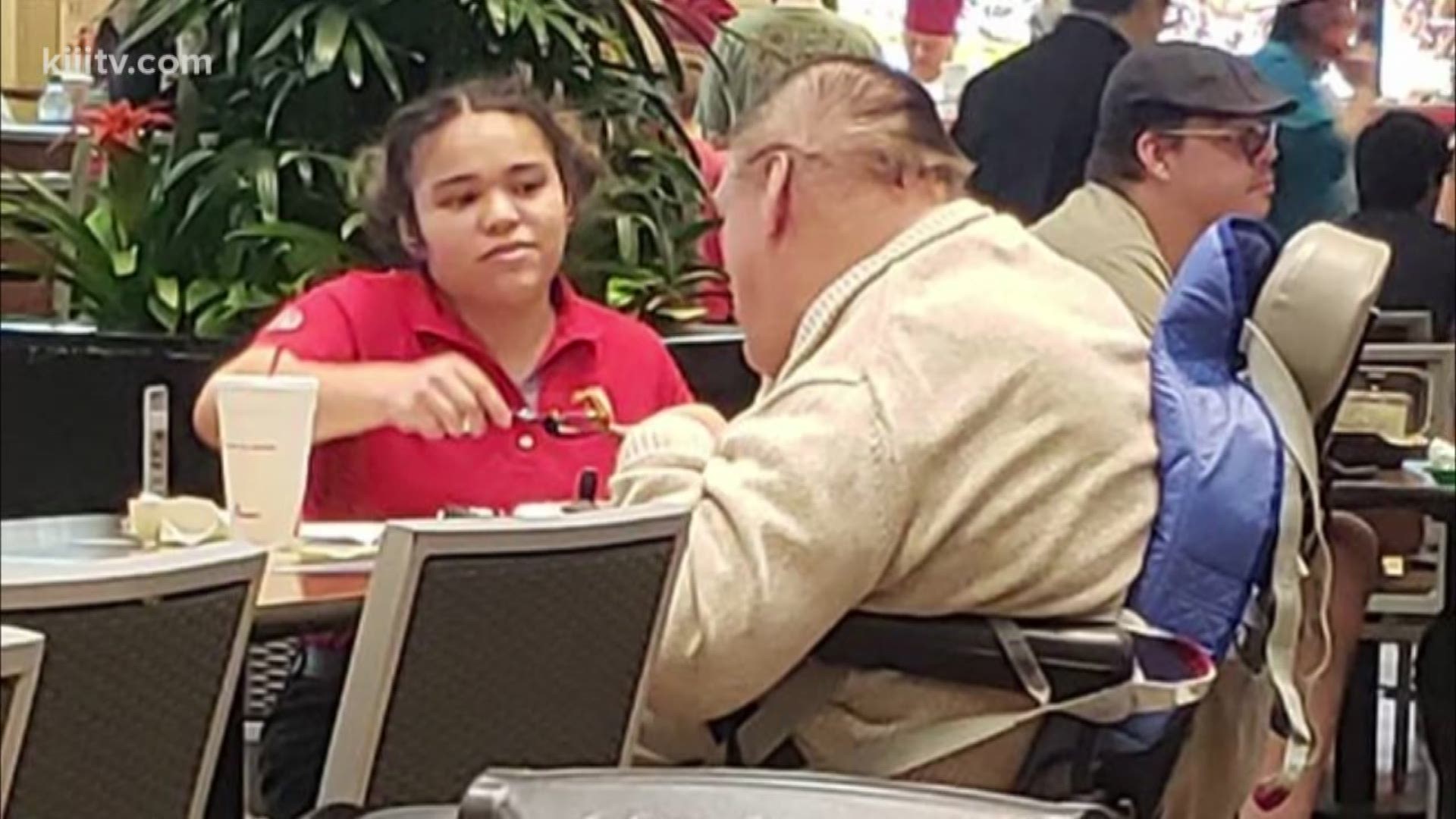 CORPUS CHRISTI (KIII NEWS) — It's the kind of effort you don't hear about very often unless someone captures it on camera, and that's exactly what happened when a Chick-fil-A employee in Corpus Christi decided to do the right thing "just because."

Guzman was well into her six-hour work day this weekend when a frequent customer who is disabled show up for his Chick-fil-A meal.

"He usually, we help him around and get his food," Guzman said, "but that day I helped him. I got him his food and I went around and I sat with him."

What she didn't notice was that someone else was watching as she helped Arturo Ramirez find a seat. Just a few yards away, Jessica Gomez was looking on as Guzman went above and beyond to perform a gesture of human kindness.

Gomez snapped a picture and posted it to social media.

"You don't see that too often; an employee actually staying with a customer feeding them, you know, and keeping them company," Gomez said. "It's not very often that you see that anymore."

"I was really surprised when I saw it and I didn't know what to think at first, and I was really nervous because all these people were seeing it," Guzman said. "And you know, out of everybody, like, like why was it me?"

Arturo Ramirez, the man she helped that day, but he was not available for comment Monday, but his brother said the family was grateful when they learned of Guzman's good deed.

So was her boss.

Tamez said Chick-fil-A encourages its employees to help those who need assistance, but in Guzman's case she went above and beyond.

"It tells us a lot about her. She has a really good heart," Tamez said. "She loves to come to work every day."

"It makes me feel good that I can have a connection with somebody and make their day a little bit better, or give them some positivity, because you don't know what people are going through," Guzman said.

Guzman said she hopes to finish up school someday and wants to be a caregiver helping seniors and people in hospice.