It's all about scammers wanting to take advantage of moms and dads looking to not only to protect their kids, but also to get a good deal. 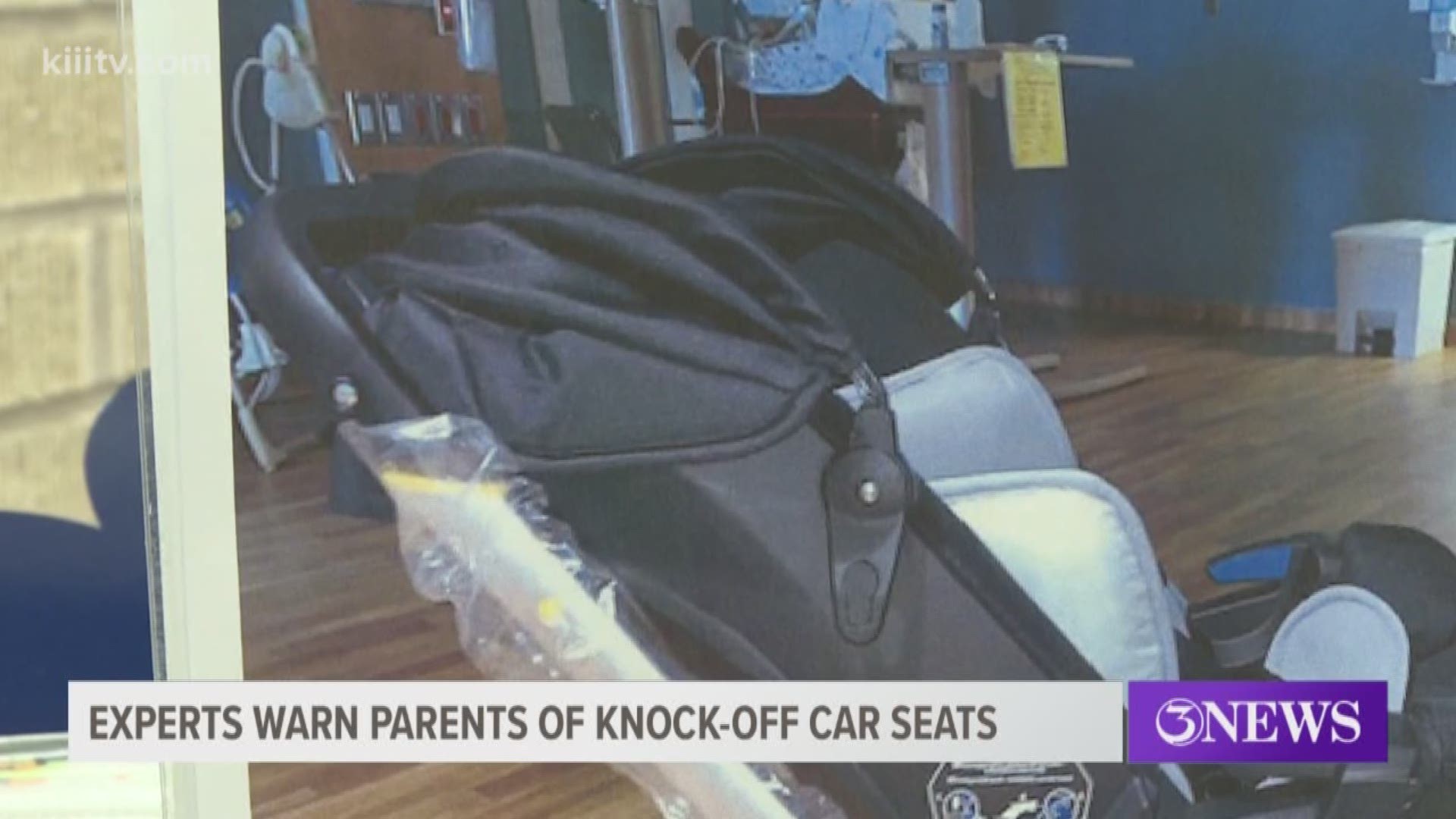 CORPUS CHRISTI, Texas — We have all heard of knock offs when it comes to designer purses, watches, things like that -- but what about children's car seats? According to one expert, it's is a thing.

Karen Beard, the head of the Injury Prevention and Safety Program at Driscoll Children's Hospital, explained to 3News Tuesday what parents need to watch out for.

"Everybody is seeing it," Karen Beard said. "They're showing up at car seat inspections."

Beard is Driscoll Children's Hospital's safety guru. She and a team of experts called Save Kids Worldwide watch out for issues such as this, all in the name of keeping our children safe. So when word of "knock-off" car seats began to go around, Beard tracked one down.

"We just had one this week and one of the nurses looked at it and went, 'This can't be just right,' and gave us a call," Beard said.

Beard wants parents to know about the knock off car seats and how they compare to the real thing.

"There's red flags on a car seat, so even someone thats not trained, makes you go, 'Whaaat?'" Beard said.

It's all about scammers wanting to take advantage of moms and dads looking to not only to protect their kids, but also to get a good deal.

"The seat that was purchased from our patient this week is a $500 car seat and they found it for $300 online, and it's an expensive, good brand," Beard said. "It's a great car seat, until it's a knock off."

One big red flag to watch out for is right there in front of you.

"When you look at the car seat, on the side of it, we're missing some labeling for me to read," Beard said.

All the instructions, if any, were in Chinese.

Another thing to watch out for is the quality of construction.

"All car seats in the U.S. are made with a chest clip. A lot of the ones that we're getting that are counterfeit don't have the chest clip, or it's so flimsy your looking at it going, 'Hmm, I'm not sure about that one,'" Beard said.

Beard said there are good deals out there, but for moms and dads looking to find the perfect one, remember:

"Go with your gut," Beard said. "If something doesn't look right, then investigate it further."