Children at the Border: 5-year-old found walking alone at the border in San Ysidro 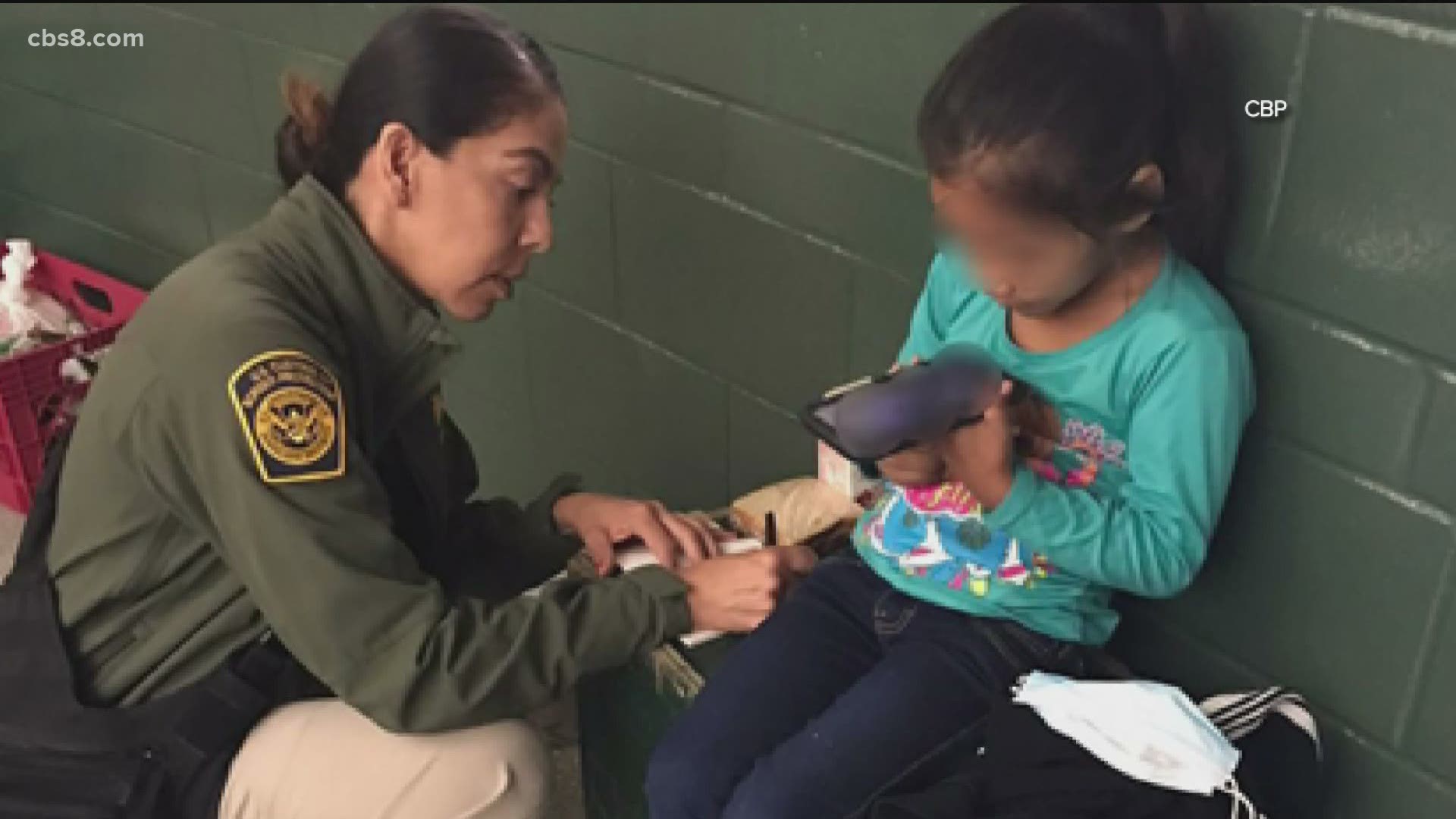 This happened just as Vice President Kamala Harris made her first international trip to Guatemala and Mexico to talk about immigration, causing some controversy with her remarks.

News 8's LaMonica Peters has more on the girl’s whereabouts as of Tuesday and what the Vice President said during her trip.

The incident with the girl was caught on video and News 8 spoke to Border Patrol who said it’s a dangerous situation to be in for adults but especially for a young child walking alone.

On Monday morning, Border Patrol Agents said they saw the 5-year-old girl being dropped off on the Mexican side of the border near San Ysidro. She then walked into the United States and was taken into custody. Border Patrol said they don’t see children alone often, but it is becoming more frequent.

“Basically, as soon as she was taken into custody she was transported to a nearby station where she was screened by medical staff on site. She was determined to be in sound health,” said Jacob MacIsaac, a Border Patrol Agent.

After speaking with the girl, they learned she was traveling with a 7-year-old cousin who stayed in Mexico. Agents said she’s still in Border Patrol’s custody but they made contact with the girl’s mother after reaching out to the Guatemalan and Mexican Consulates.

While in Guatemala to discuss immigration on Monday, Vice President Harris sparked some controversy when she made this comment:

"At the same time, I want to be clear to folks in this region who are thinking about making that dangerous trek to the United States-Mexico border: Do not come, do not come," Harris said.

Harris addressed some of the backlash Tuesday in Mexico City, focusing on the reasons the Biden Administration believes people continue to flee their homeland.

Border Patrol said they’ll remain focused on securing the border and helping the most vulnerable.

“They’re placing the lives of these children, essentially in the hands of transnational, criminal organizations and so that’s something that’s always alarming for us,” MacIsaac said.

Because of privacy laws, MacIsaac didn’t say if or when the child will be reunited with her mother.

Homeland Security also reports that since 2017, 2,100 migrant children in the U.S. may still be separated from their parents. They have no evidence or records that they were ever reunited.