The propositions would fund 22 street and 18 park projects. 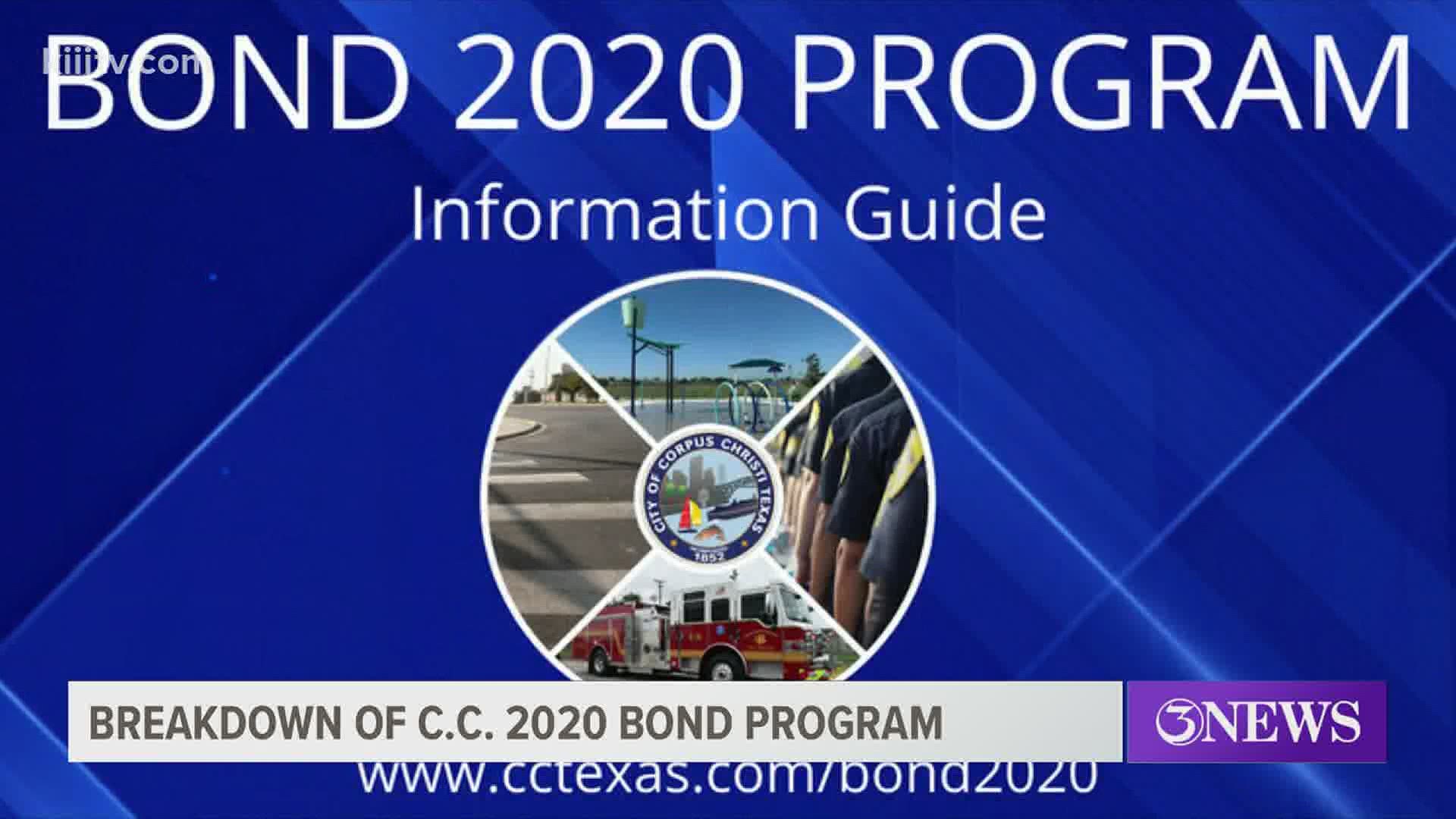 CORPUS CHRISTI, Texas — Corpus Christi residents who headed to the polls on Election Day saw more than just names on the ballot. There were also three propositions being offered as part of the city’s Bond 2020 program.

According to the city’s website, Bond 2020 does not require an increase in the property tax rate.

Click here to see how Corpus Christi voted, with updates throughout the night.

Two of the largest include $6.3 million for work on Alameda Street from Texan Trail to Chamberlain and another $4.8 million for Rodd Field Road from Yorktown to Adler.

In some cases, these projects will also address sidewalks, gutters and street lights. That may mean utility work, which could increase your utility bill, but not before 2022.

‘Proposition B,’ if approved, would fund 18 different park projects across the city to the tune of $12 million dollars.

That means that three to four parks in each district will have the playground equipment replaced and shade structures installed at a cost of about $250 thousand dollars per park.

The exception is in District 3, where Salinas park is already slated to receive $1 million dollars in grant funding for park improvements.

The final $8.5 million in this proposition would include four items:

Money to help the Texas State Aquarium build a new Center for Wildlife Rescue and Research; money for new restrooms and a renovated parking lot at North Beach; the design of a new swimming pool at Bill Witt Park; and at West Guth, a skate park, picnic areas and barbecue pits.

In ‘Proposition C’ there are two items under the heading of “Public Safety.”

In the first, city leaders would like to acquire land and design a replacement for Fire Station #3 on Morgan Street, a facility which they agree is “antiquated.”

In the second, money would be used to design a new complex for our Police Training Academy, with the intention of perhaps one day relocating it to the city’s south side.

Keep in mind that voters will be able to say “yes” or “no” to each of the bond propositions apart from the others.

All of these projects were discussed and approved by the current City Council, after inviting input from the community.

The City of Corpus Christi Bond 2020 Program Information Guide may be viewed here.