In a surprise decision Thursday, just a day after an appeals court ruled him eligible to run for mayor in the May 6 special election, former City Councilman Mark Scott announced that he is dropping out of the race. 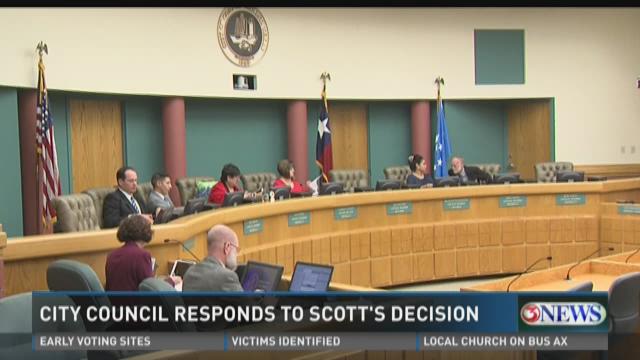 In a surprise decision Thursday, just a day after an appeals court ruled him eligible to run for mayor in the May 6 special election, former City Councilman Mark Scott announced that he is dropping out of the race.

Scott told Kiii News Reporter Brian Burns that he believes the "political circus" will continue if he stays in the special election, but he does intend to run for mayor of Corpus Christi in 2018.

Scott had been declared ineligible to run after City Council, led by Councilwoman Carolyn Vaughn, decided that he had violated the spirit of the City Charter when he resigned his seat to become eligible to run in the next mayoral election. He resigned 18 months into his two-year term on City Council, saying that he would have had to wait six years to run for mayor if he had not resigned.

In spite of initial legal opinions from the City Attorney and one outside attorney saying that Scott could run, Vaughn hired her own outside council to look into it. It was then decided that Scott had violated the City Charter. Council voted to declare Scott ineligible and hired another outside attorney to confirm their decision. Eventually, they ordered the City Secretary to take Scott off the ballot.

Scott appealed their decision, and the 13th Court of Appeals ruled Wednesday that the plain language of the City charter supports Scott's contention that he is eligible and has ordered the City Secretary to place Scott's name on the ballot.

Following the appeals court ruling, Vaughn told 3News that although she disagrees with their decision, she would accept it and would not encourage Council to appeal.

To date, the City has spent a little under $12,000 in legal fees, but that does not include a bill from an outside law firm who consulted. Councilwoman Paulette Guajardo said she is satisfied with the process and does not want the City to spend any more taxpayer money on the issue.

Councilmembers expressed to 3News Thursday that they are ready to move forward and get the election process underway. Several said they hope the ruling from the appeals court at least clarified the language of the City Charter.