The proposed bridge would connect the Kleberg County side of Padre Island with Highway 286 in Corpus Christi. 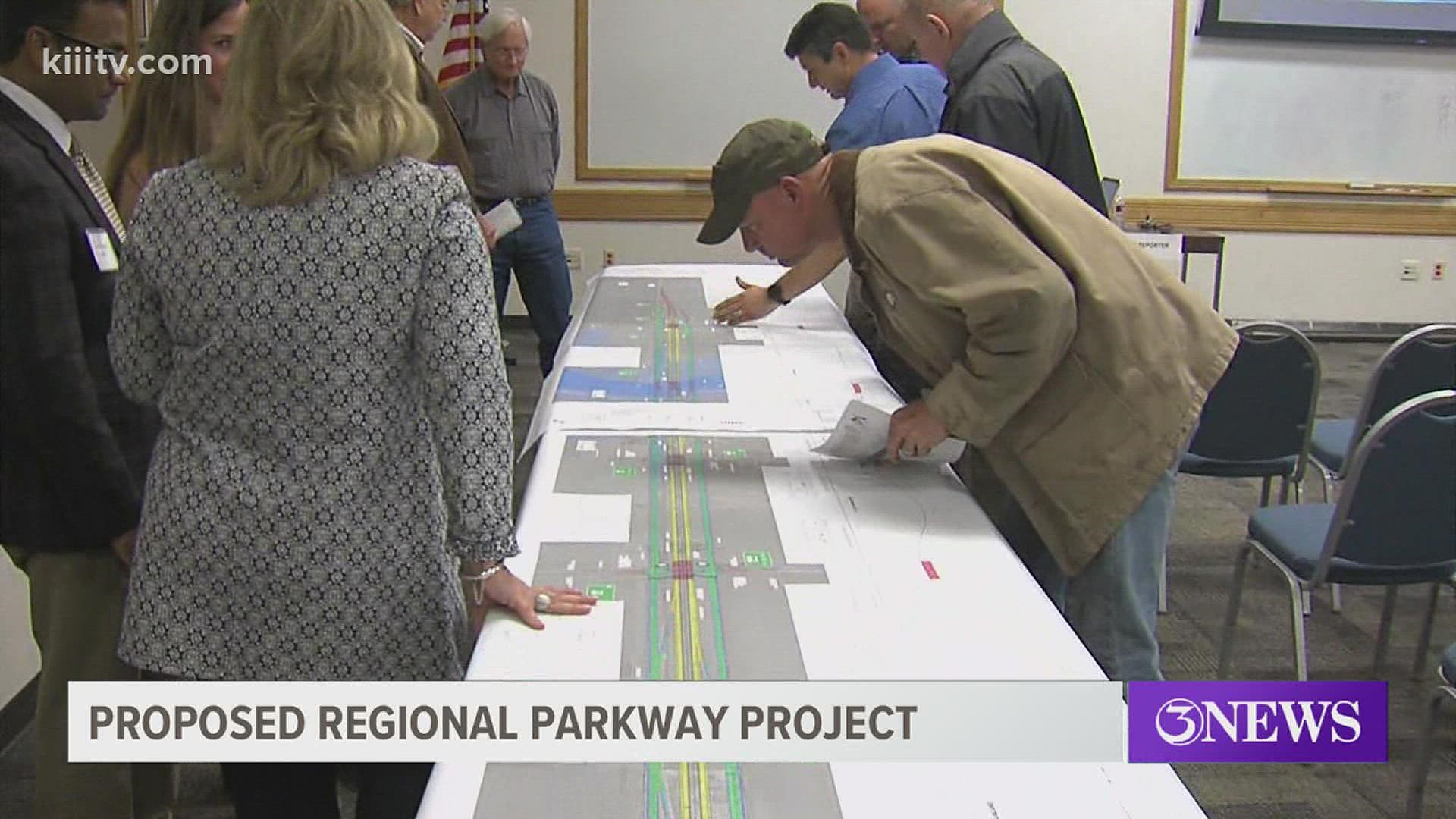 CORPUS CHRISTI, Texas — The City of Corpus Christi might see the construction of new bridge from Padre Island to Highway 286 sooner than later.

It's a project that City Councilman Gil Hernandez has been fighting to make top priority for the City.

The Parkway is on a long list of proposed projects, but it is so expensive that City officials said it’s one project that may require federal financing.

The new Federal Infrastructure Bill that was passed is sending millions of dollars toward the Coastal Bend. Those funds could be used to make the Regional Parkway a reality.

The Parkway has been on the Metropolitan Planning Organization's to-do list for years. The group is in charge of planning out the future of roadways in the Coastal Bend.

According to MPO Planning Director Robert MacDonald, the estimated cost to build the parkway has skyrocketed.

"The total Regional Parkway, including the crossing over to Park Road 22 on the Island, could be about $400 million, and that estimate was in 2017-2018," MacDonald said. "The current estimate is currently somewhere in the range of $600-$800 million.”

3News learned that the federal infrastructure dollars being distributed to communities could be used to get the project off the planning board and onto the construction list.

"Regionally in three or four months we are going to do a call for projects for all the federal and state money that we anticipate," MacDonald said. "Which is somewhere around $300-$400 million that we’re going to have to prioritize projects for that money, and we’re probably going to be doing that next spring.”

Hernandez said he would like to see the Regional Parkway end up on the top of the City's priority list.

"It’s going to take a community effort to do this," Hernandez said. "And I’ll agree with you, if we do a resolution at the City to make the Regional Parkway a priority, I think that would go a long way."

Hernandez isn’t sure that there’s enough support on Council to make the Regional Parkway a priority. It would take around eight years of planning and construction to finish it. He is hoping that by the end of the decade, the project would at least be started.