Recent rains caused many potholes to appear around Corpus Christi -- the kind of potholes that make you apologize to your car after you hit them. 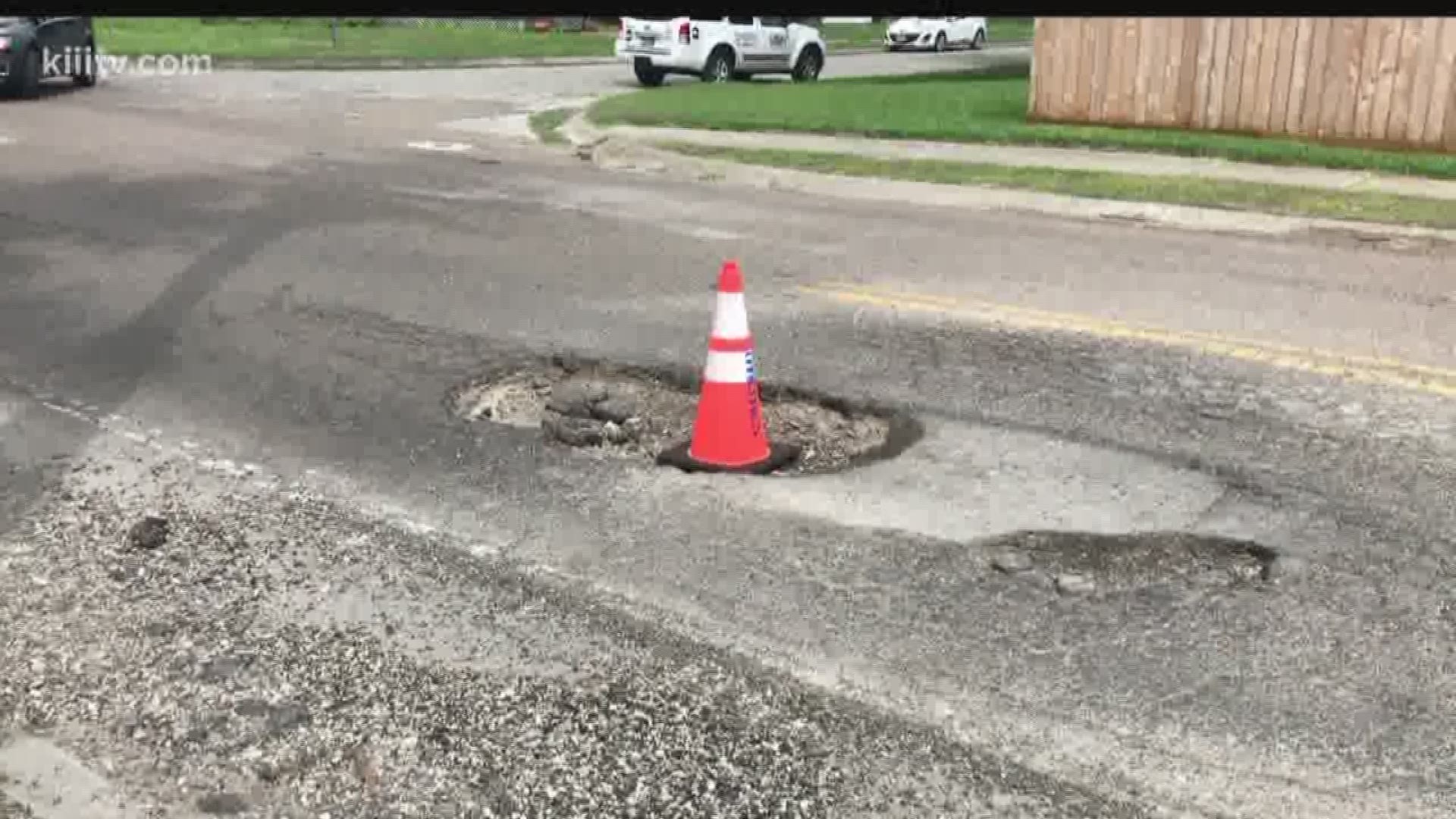 CORPUS CHRISTI (Kiii News) — It's one of the inevitable problems that show up every time it rains heavily -- the dreaded pothole, many of which open up on streets that are already in disrepair.

Recent rains caused many potholes to appear around Corpus Christi -- the kind of potholes that make you apologize to your car after you hit them -- and everybody around town has one they like to complain about.

"Little ones, all the same to me. All over the place," John Williams said.

"Henry and Monett Street. That's where it is. That is the worst potholes in all of town. By far," Kyle Johnson said.

"Just up around the curve on Robert here from the HEB. There's one on the ground that washes out every time there's a storm. It basically turns it into a one-lane road," Norris Stricker said.

The one on Robert Street was the first one 3News visited Monday morning, just after a utilities crew placed an orange construction cone in the middle of the pothole because it was so deep.

A total of five City crews have been working since Friday on filling the worse of the potholes, and the one on Robert was no exception. That was filled early Monday afternoon.

"We do have those five crews out patrolling some of the major streets, but we really encourage everybody to call so we can create those work orders for specific pot holes on residential streets as well," City Spokesperson Michelle Villarreal Leschper said.

The City said there have been dozens of calls to fix potholes on Friday alone and the list keeps growing. If you come across a pothole in a construction zone, the City will direct the contractor to fix it. All you have to do is call them at 361-826-CITY.