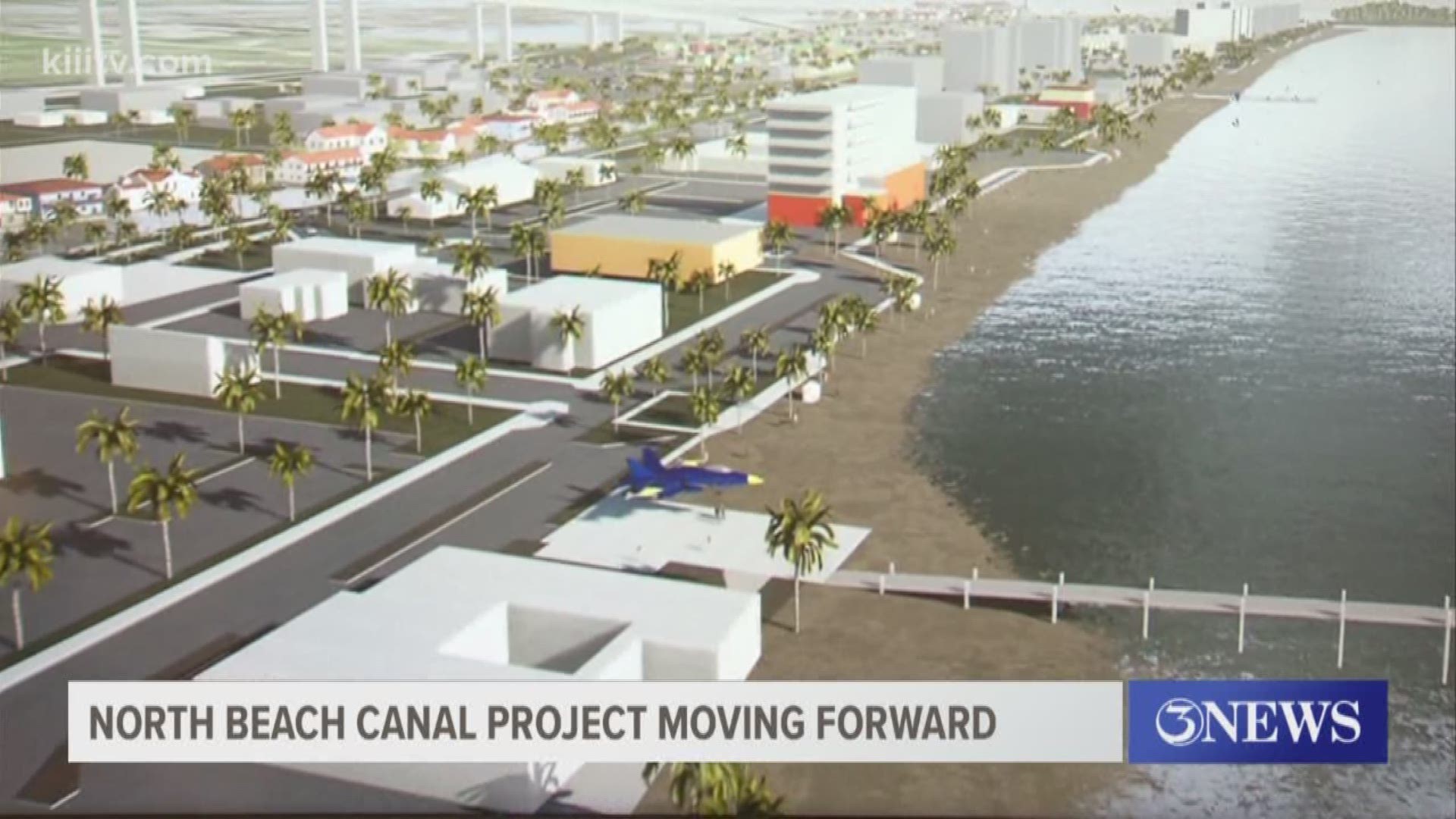 CORPUS CHRISTI, Texas — There has been much debate over a proposed $41.2 million canal development project on North Beach. Developers Lynn Frazier and Jeff Blackard have been working for months to come up with a plan to revitalize the area and turn it into a destination hot spot.

Corpus Christi's City Council has already approved a financing plan for a new Tax Increment Reinvestment Zone, but developers are also asking for a financial commitment to qualify for federal matching funds.

Developer Jeff Blackard called the vote in favor of the grand canal a victory.

The $41.2 million canal would be the project's centerpiece.

"it's just a no brainer.  It's something that will be tremendous for Corpus Christi and I'm so excited about it," said Pamela Oualline, in favor of the project.

Oualline was one of the dozens of residents who showed their support for the canal system during the public comment period.  Many speakers highlighted the potential for economic growth and new jobs.

"Those economic numbers mean $94-million coming into the local economy.  That means the city will make $230-million over the next 30 years, that can lower utility costs," Blackard said.

However, the vote comes after a discouraging legal opinion from city staff last week to vote against the plan and questions about whether the canal would actually help improve drainage issues on North Beach.

Everett Roy was among the council members who brought the ordinance to the table.

"I knew it was going to be tough.  We are not experts in putting together ordinances, but we knew if we could get it on the agenda, we could amend it," Roy said.

After coming out of a two-hour executive session, council members say they were able to hash out and address any issues which included the target cost and possible funding options for the project.

"We have the ability now with the TIRZ #4  that we put in place to use some of those funds," Roy said.

Tuesday's direction will allow the city manager and staff to move forward to look at funding the project.

According to Roy, other funding sources could include utility money, bonds, and grants.

A second reading for the canal project is scheduled for Tuesday, Dec. 17. The ordinance calls for a completion date of 2025.