There have been a number of upgrades made to both facilities and there’s talk of doing more work in the future. 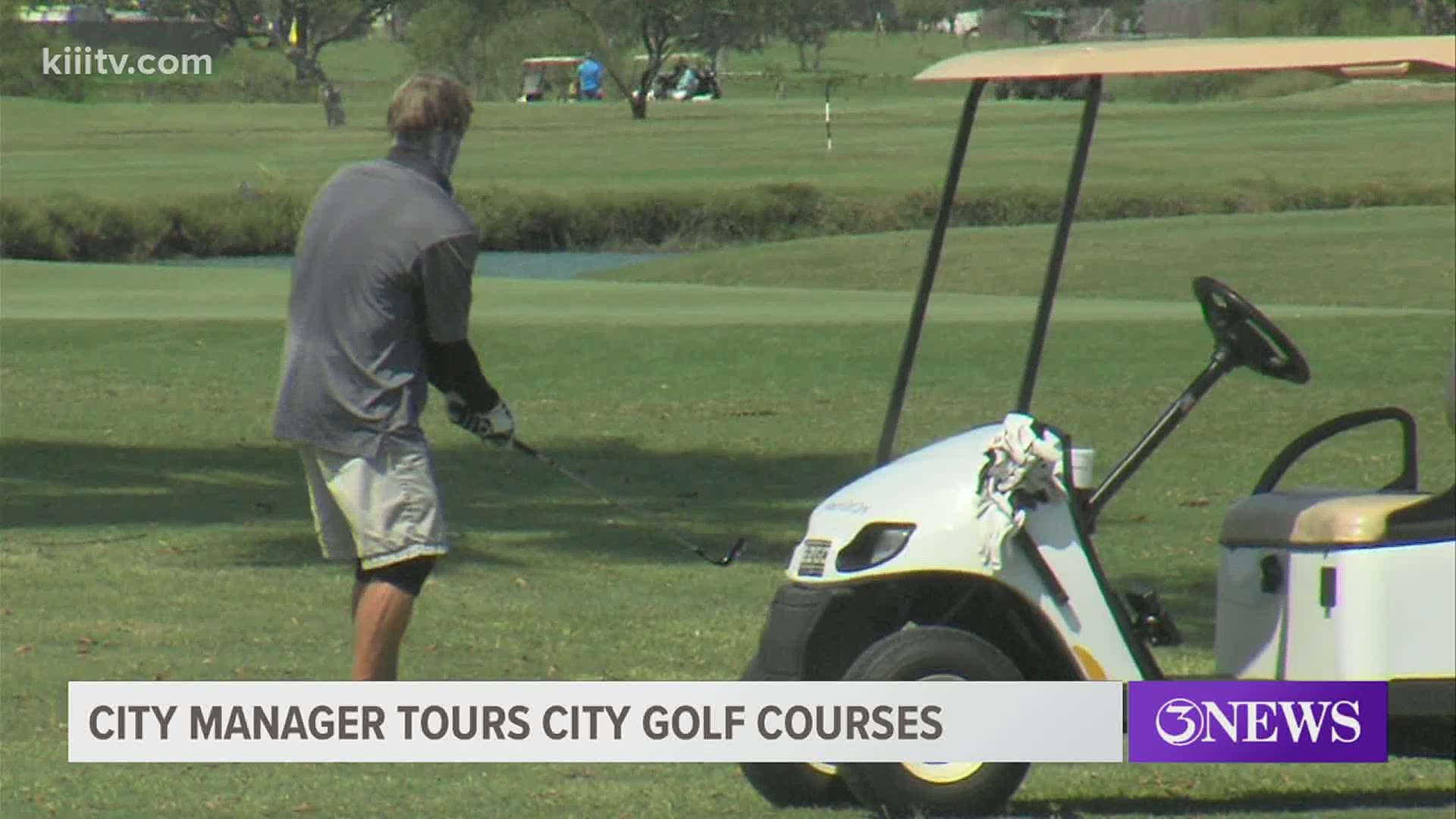 CORPUS CHRISTI, Texas — Corpus Christi City Manager Peter Zanoni had some time today to head out to one of two city owned golf courses. He wasn’t out there at the Oso course for 18 holes of golf. Instead, he was part of a tour hosted by Foresight. They are the company that runs the Lozano and Oso courses for the city.

There have been a number of upgrades made to both facilities and there’s talk of doing even more work in the future.

”Foresight Golf has done some tremendous work in bringing these golf courses back to their potential," Zanoni said. "There’s grass that’s been planted. There is irrigation systems that have been put in. There are new golf carts. There a new facilities to maintain the properties. We’re proud of that partnership. The city can’t do everything on its own."

"We think we’ve made great progress," Dan Pedrotti, President of Foresight said. "We have great plans for making more progress and continuing on the upswing in things and we continue to get good feedback from the good people of Corpus Christi.”

Zanoni also said that Foresight has done such a good job and he’s recommending to City Council that they extend their original 10 year contract that’s up for renewal for another 10 years.