CLEAT trying to get Gov. Abbott to sign an executive order making any first responder death from the coronavirus to be considered a death in the line

State Representatives Abel Herrero and Todd Hunter have both signed a letter asking that the governor sign the emergency order. 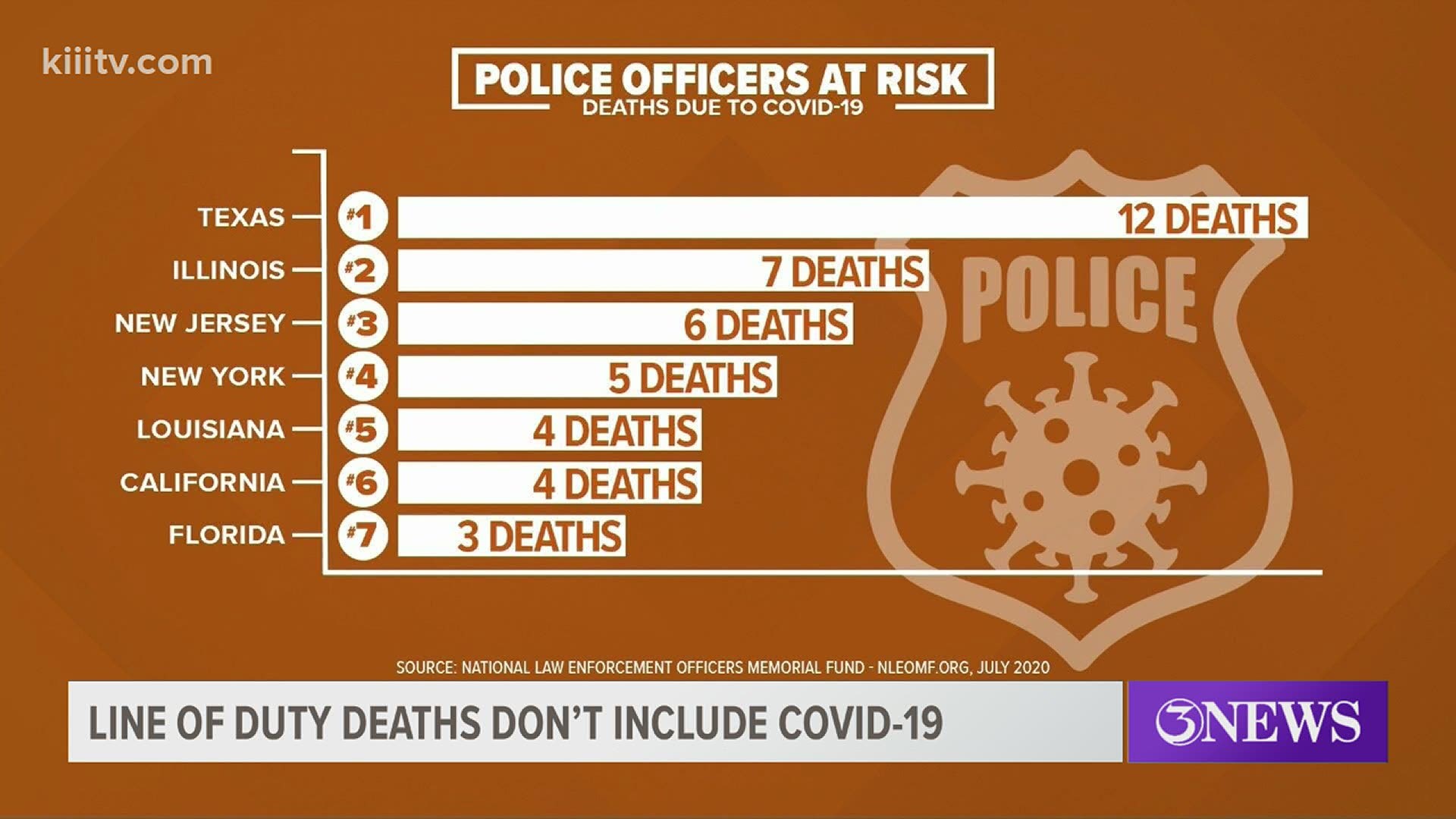 CORPUS CHRISTI, Texas — When an officer dies in the line of duty in Texas, their surviving family members are paid somewhere in the ballpark of a million dollars in death benefits.

Today, the state's largest police union said that so far none of the families of first responders, who have died from the coronavirus in Texas, have been paid those benefits. They believe Texas Governor Greg Abbott is the one at fault.

Executive Director with the Combined Law Enforcement Association of Texas Charley Wilkison is responding to what Corpus Christi City Manager Peter Zanoni told us about whether or not our two first responders who have died over the past few days from the virus are going to be considered to have died in the line of duty.

"In both cases the COVID was, they believe, was obtained outside of employment so it wasn't during the job," Zanoni said.

"This a terrible thing for them to do, Wilkison said. "Those families who are depending on this and those folks gave their life, they were exposed in the line of duty, and they gave their life to their fellow citizens and there is no question about it."

Wilkison said CLEAT has been trying to get Governor Abbott to sign an executive order making any first responder death in the state from the coronavirus to be considered a death in the line of duty.

So far, about a dozen first responders across Texas have died from coronavirus complications. However, none of their families have received death benefits like the $500,000 payment from the state or the $350,000 check that the federal government writes after an in the line of duty death.

"I don't know what they're doing over in the Governors office," Wilkison said. "He's been a friend of ours. We've endorsed him and supported him in the past. He's wrong on this issue and the only thing I would ask is when he is going to sign the emergency order?"

We contacted the Governor's press office and haven't heard back from anyone there concerning our questions about this issue.

We do understand that state representatives Abel Herrero and Todd Hunter have both signed a letter asking that the governor sign the emergency order. If the emergency order is never signed then Wilkison says CLEAT will sue over the matter.

RELATED: Will the families of two CCPD officers who died from the coronavirus be able to collect death benefits? 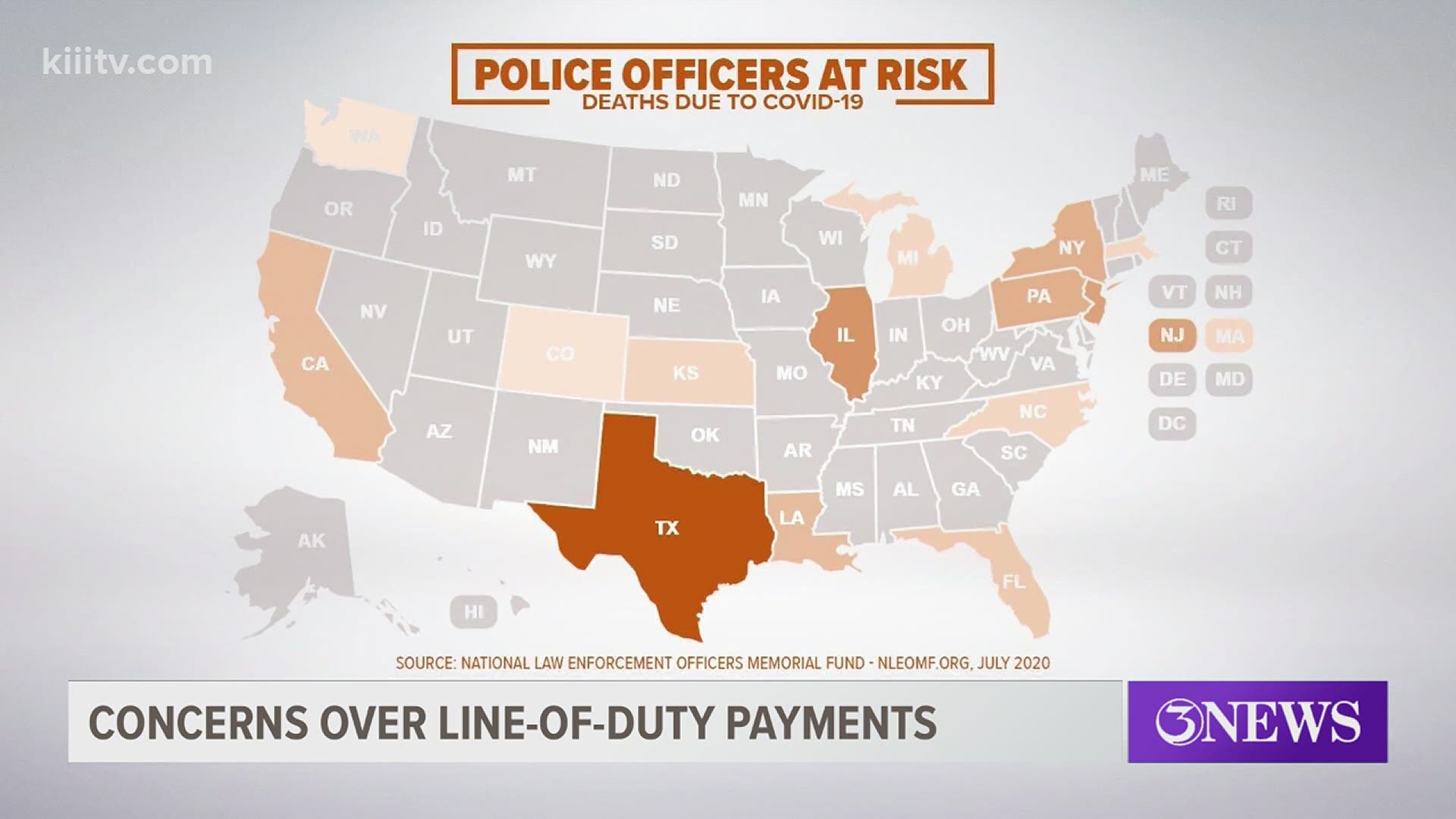