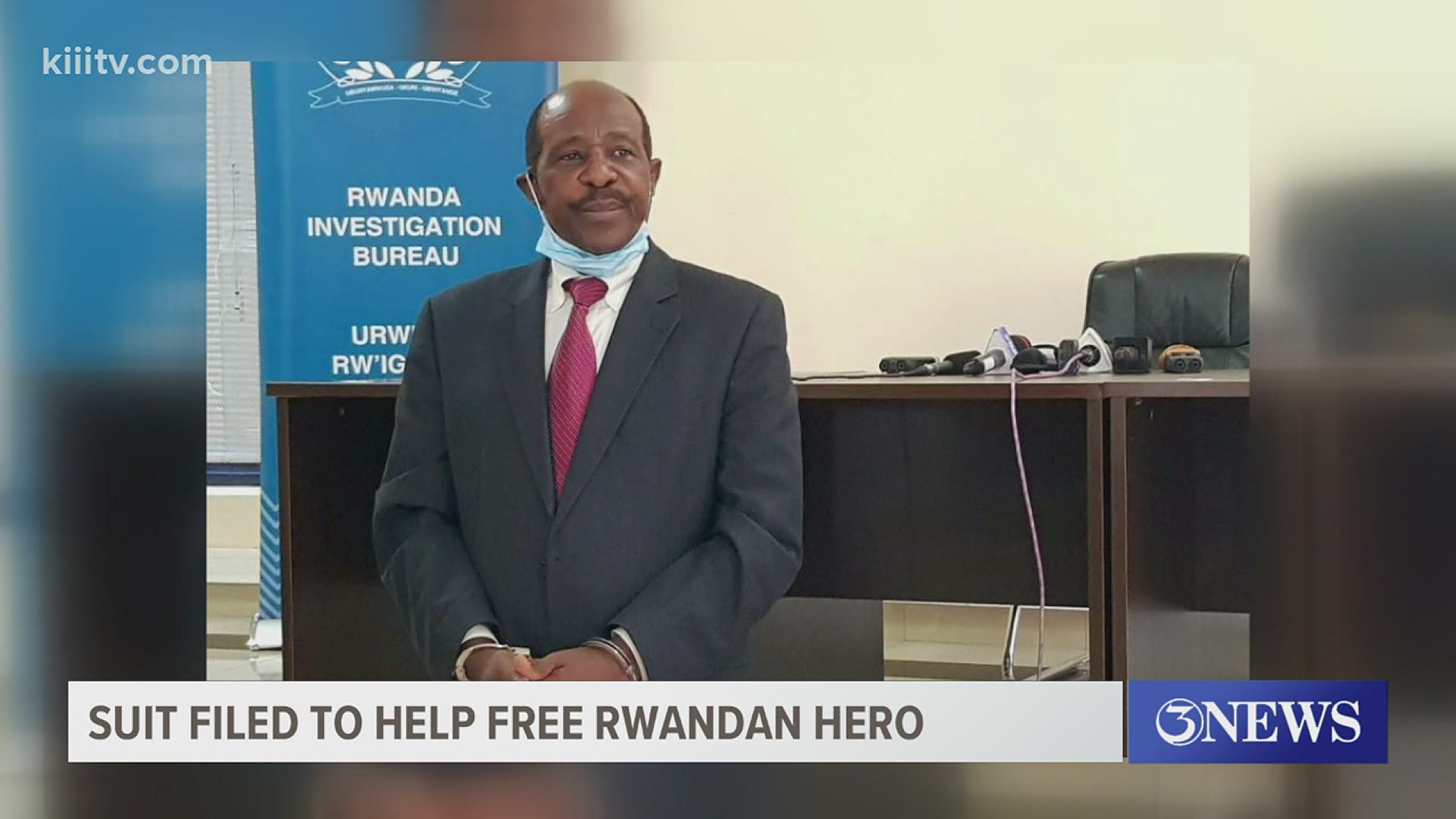 CORPUS CHRISTI, Texas — Local Attorney Bob Hilliard has filed a civil suit against an international private air carrier called, GainJet after the company allegedly took part in a scheme to kidnap a humanitarian hero in the African nation of Rwanda.

66-year-old Paul Rusesabagina was featured in the 2004 movie, hotel Rwanda which details his efforts to save more than 1200 Rwandan refugees by hiding them in a hotel.

But in so doing, he became an enemy of the current dictatorial regime in Rwanda led by President Paul Kagame. Then in august of this year Rusesabagina who lived in South Texas,  boarded a flight to his home country thinking he was going to give a speech promoting civil rights, but instead he was immediately arrested on landing  and has been in prison ever since.

Conditions in the Rwandan prison where Rusesabagina is being held are said to be deplorable and COVID-19 is said to be running rampant there.

Clearly this is a very complex legal case being put forward in Rwanda all aimed at securing the release of Rusesabagina, who is a permanent resident of Texas, and who has been recognized for his heroism around the world.

In fact, President George W. Bush presented him with this nation's highest civilian award, the medal of freedom. Hillard says he's hoping to bring this case to trial before the end of 2021.