Police said 20-year-old Roslyn Ramon was shot as she was driving along Holly Road just after 2 a.m., on Saturday. 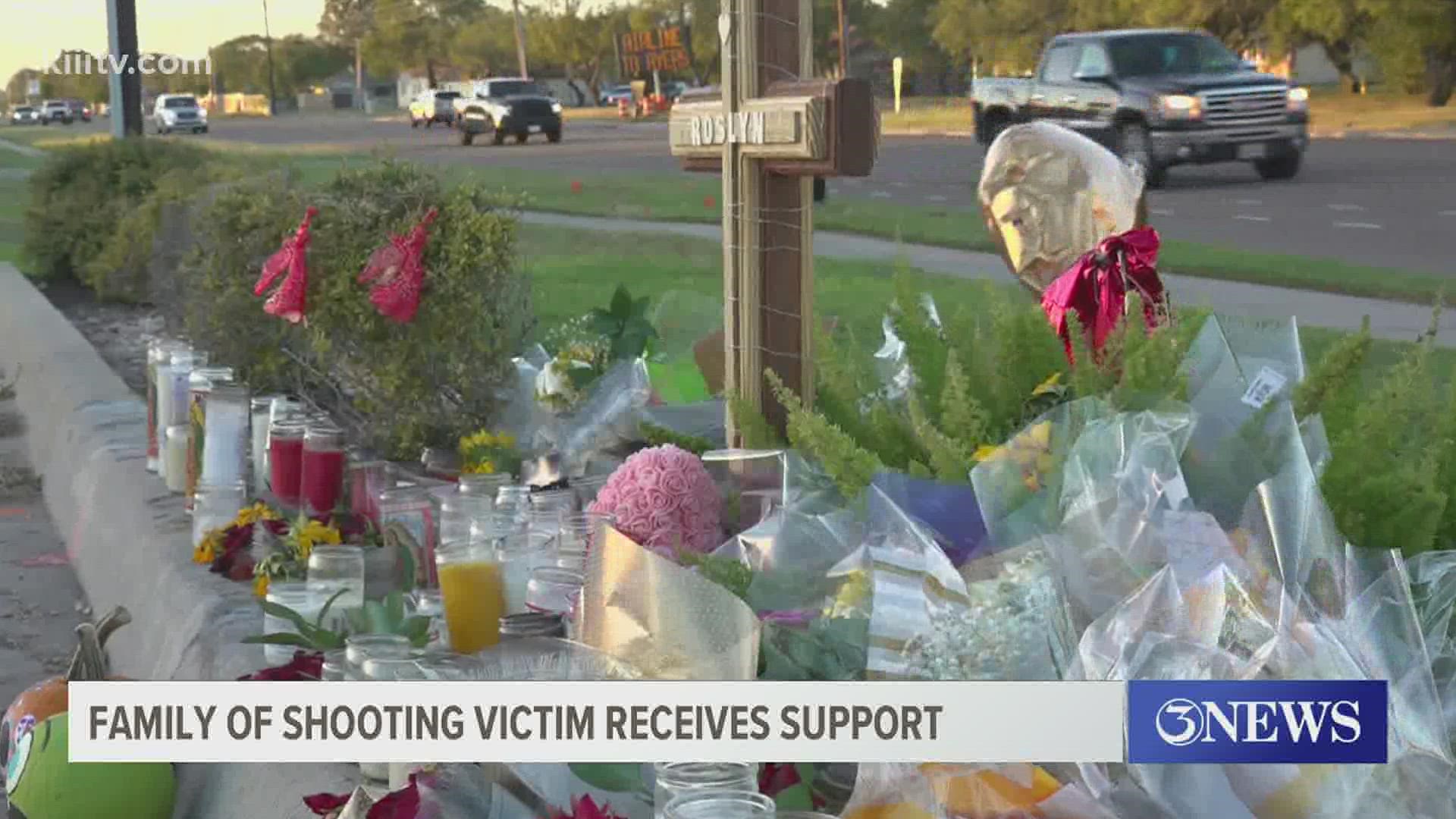 CORPUS CHRISTI, Texas — Condolences continue to pour in for a young woman who was fatally shot over the weekend. The victim was identified as 20-year-old Roslyn Ramon.

Police said the 20-year-old was shot as she was driving along Holly Road just after 2 a.m., on Saturday. The investigation led to the arrest of 28-year-old Esten Chavez for murder and four counts of aggravated assault. Parts of the investigation are still ongoing, leaving many wondering what led up to the senseless tragedy.

According to police a passenger received minor injuries, while three others inside the car were not hurt.

Former Ray Highschool classmates stopped to pay their respects for Ramon at a makeshift memorial in front of STAR Financial Credit Union on Holly Road.

Ramon's life was not only mourned by former classmates, but by members of the community as well. Including those with the Corpus Christi Police Department Law Enforcement Explorer Post #133.

Roslyn Ramon was a victim of a terrible crime this weekend. Roslyn was not only an incredible young lady, she was a...

According to the post Ramon was "Not only an incredible young lady, she was a former explorer and part of our family."

A GoFundMe page has been created to assist with funeral expenses. STAR Financial Credit Union also announced a memorial fund in Ramon's name to assist her family with the sudden loss.

To donate to the memorial fund, you can contact the Holly or McKinzie branches or you can mail a donation to: STAR Financial Credit Union, Roslyn Ramon Memorial Fund 10429 Leopard Street, Corpus Christi, TX 78410.