Coastal Bend in need of construction workers to build housing 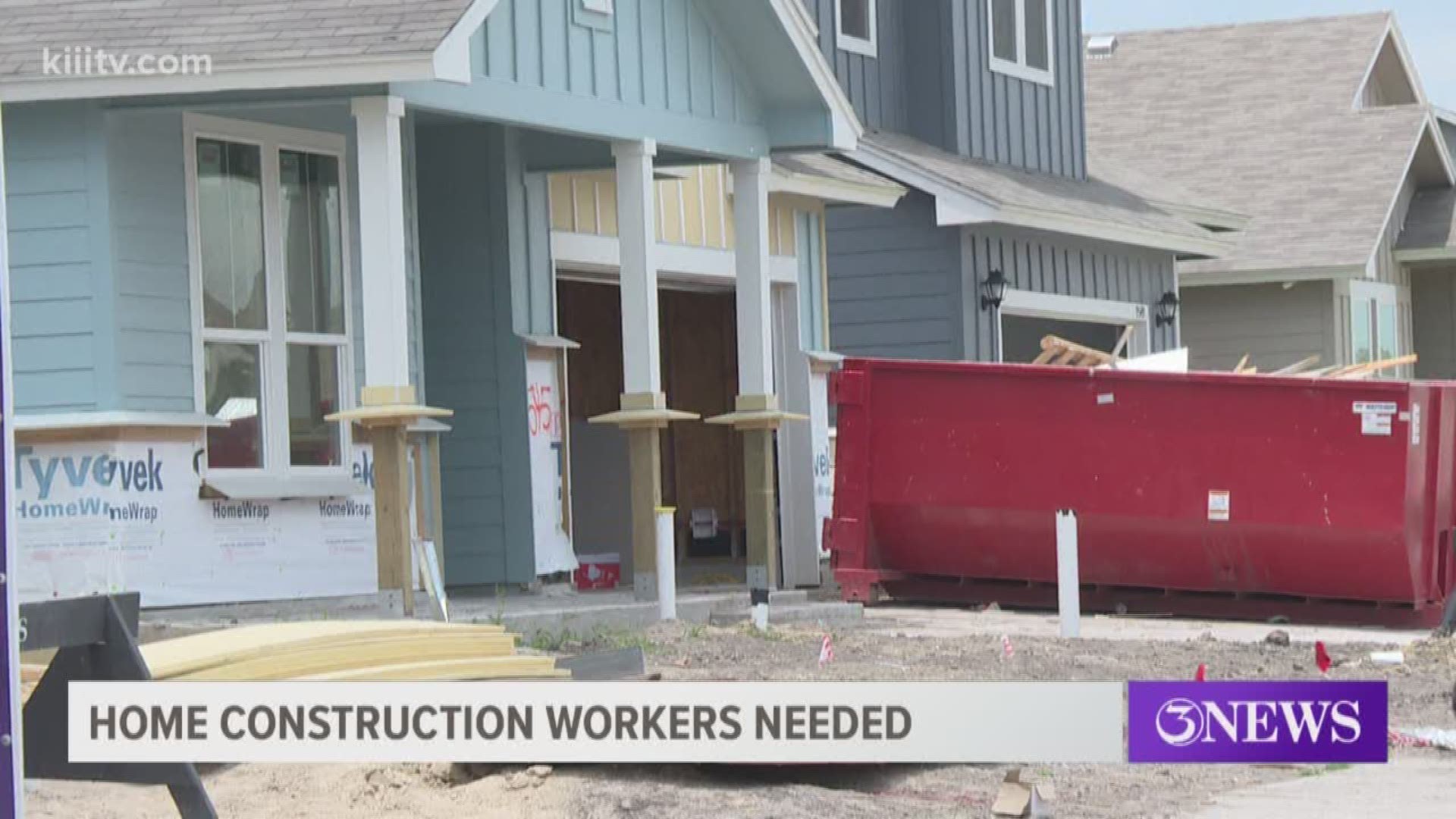 CORPUS CHRISTI, Texas — There's a new housing crunch in the Coastal Bend and a growing need for construction workers to build those homes.

It's a predictable byproduct of all the new industrial development in and around the Gregory-Portland area. The shortage of housing is a big issue there, and that is affecting home prices.

As the industry ramps up in the area jobs are created, and those who fill those jobs need a place to live for themselves and their families.

"We're trying to keep up with the demand," Alex Hernandez said. "Corpus is growing a lot."

Hernandez's skills are in high demand, and so is the need for workers like him.

"There's not enough to go around," Hernandez said. "We're lacking a lot of people. We're working six to seven days a week."

Hernandez was hard at work Tuesday in a brand new neighborhood going up off of Rand Morgan. It's part of a Hogan Homes project.

Summers said crews are doing what they can to catch up as a labor shortage has builders competing for good qualified workers.

"We lost a bunch to the oil field and really a lot of them never returned," Summers said. "And this is not just a Corpus Christi problem. It's state and national."

That isn't the only contributing factor. Wendy Herman with the Coastal Bend Homeowner's Association said for every three tradesmen who retire, only one skilled person takes their place.

"The median age for a brick layer in this area is 55 years old," Herman said. "They are aging out. We are retiring these folks and we are not retaining them at a rapid enough rate. Most kids have not been taught there is a value in trade."

Herman said there are programs offered at Del Mar College and the Craft Training Center.

"There are programs out there where a kid can get as little as nine months training and be able to go to work making $30 an hour for a skill," Herman said.

"We've had steady employement growth, steady income levels going up. They just haven't kept up with the increase in the housing market," Herman said. "We need to start thinking as a community. We need to have an honest conversation about how we develop affordable housing programs, and we're not just talking about low-income but the average family with two jobs raising kids and a dog. Can we get those folks to buy the average house?"