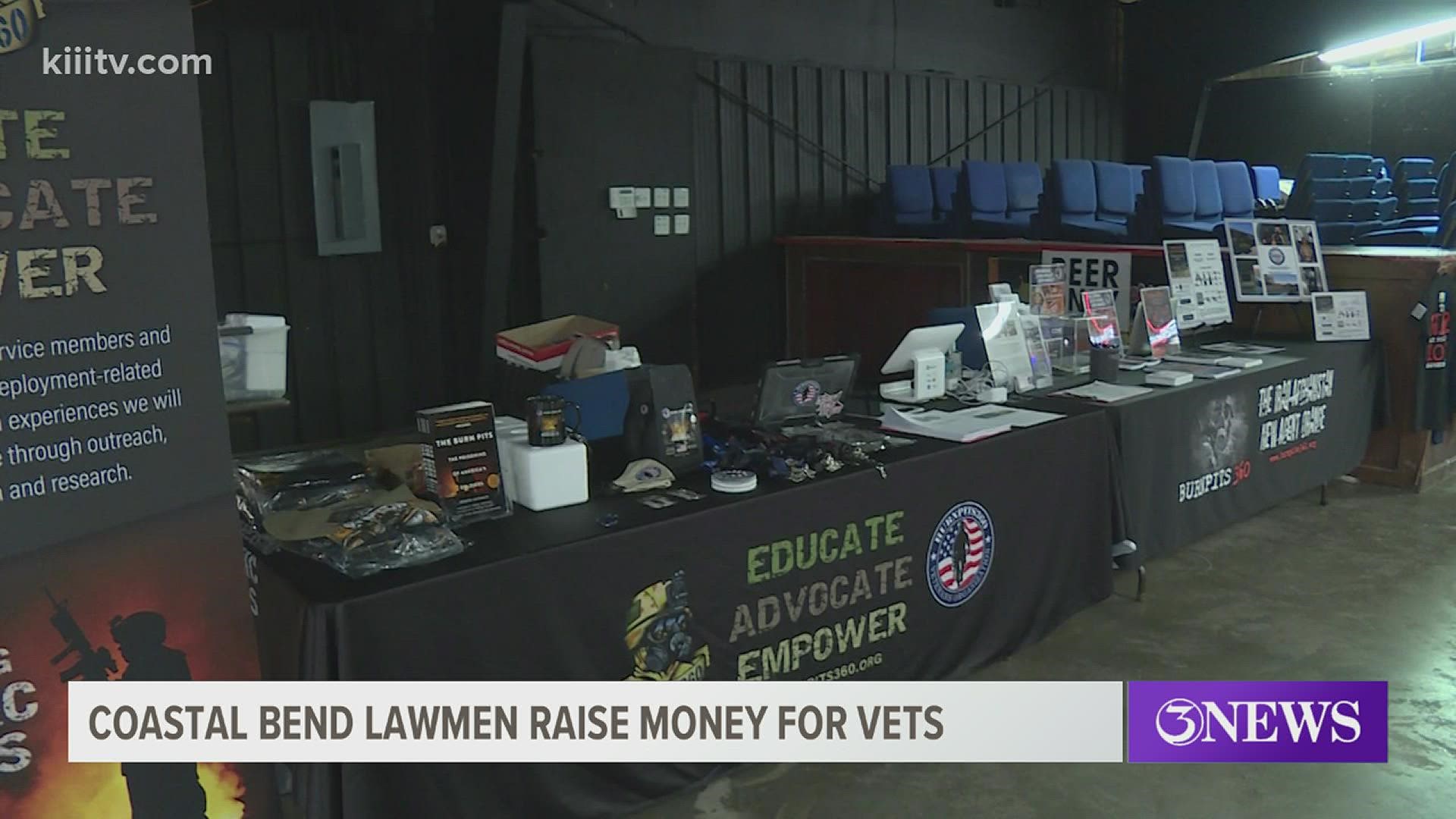 CORPUS CHRISTI, Texas — Members from several Coastal Bend law enforcement agencies met in Robstown Monday morning for a class hosted by a member of the Nueces County District Attorney's Criminal Interdiction Unit and not only did they come together for this class, but to raise money for veterans.

Mike Tamez is not just a member of the county’s interdiction unit, but he also owns his own interdiction training company. Tamez partnered with the veteran’s organization Burn Pits 360 to educate officers and raise money for veterans at the same time

“Both of the jobs are pretty similar military jobs and our policing jobs, so I decided to marry the two up in a fundraiser,” said Tamez.

“The only way we can make changes is by changing the standard in which we’re training the individual officer to push away from these subjective training scars.”

Money from registration and donations will go to the veteran organization that is based out of the Coastal Bend.

“100 percent of the proceeds we gain from this class are going to go directly to their organization to help continue the fight for veterans at the national level,” said Tamez.

The organization advocates on behalf of veterans who have been impacted by military toxic exposures, specifically burn pits.

“We’re here to advocate through education, advocacy, to empower, equip and educate the veterans, and provide them resources, scholarships, whatever they need,” said Co-founder and Executive Director Rosie Torres.

Rosie Torres says her husband Leroy Torres founded the organization after suffering from chronic health related issues because of his own exposure while serving.

“We decided that if we were going through this horrible journey of not only denial of VA benefits being dismissed from his civilian job, being medically boarded out of his military position all these things we knew there were many more out there,” said Torres.