Frost Bank is offering to allow public parking at their facility after hours. 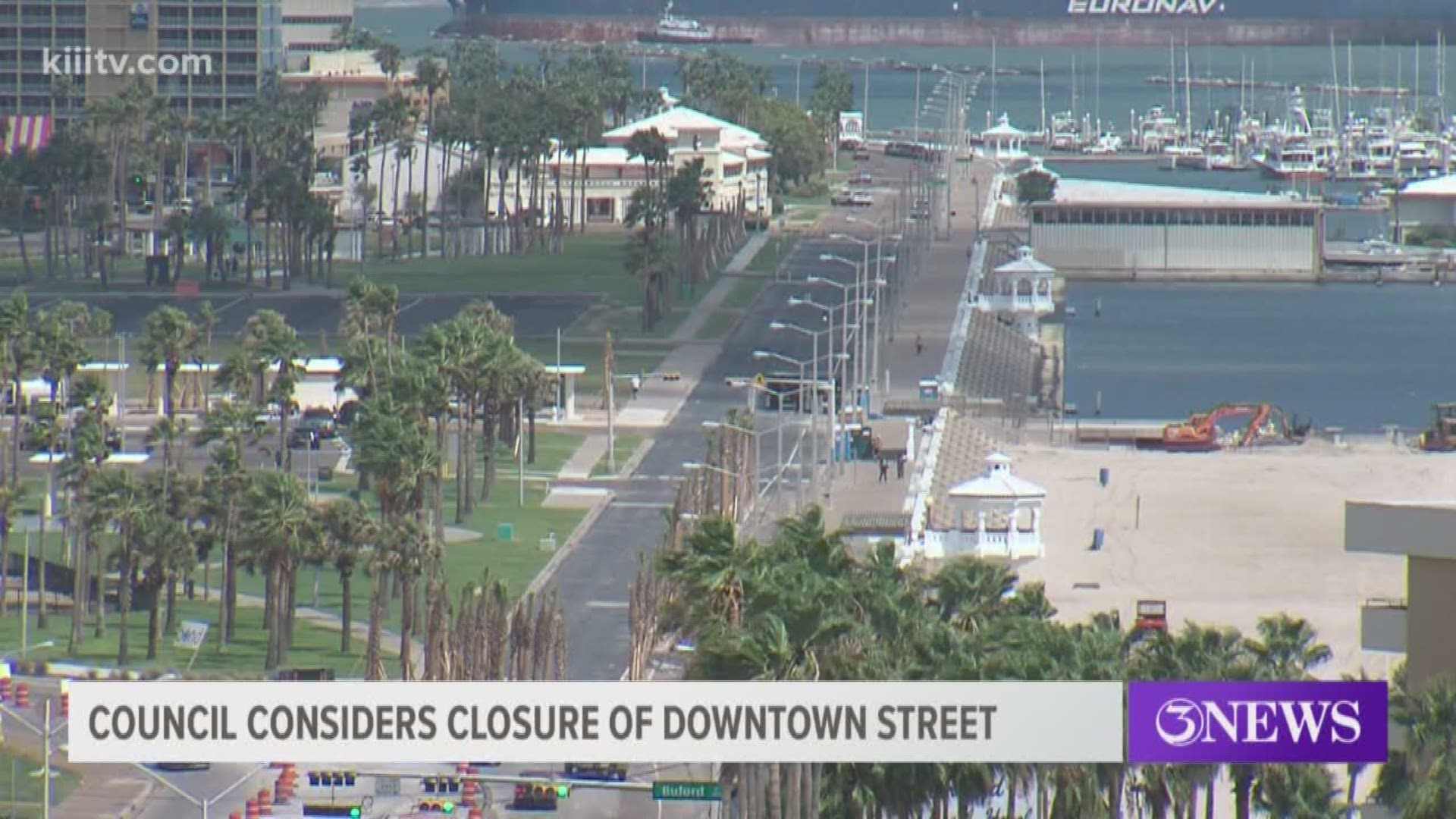 CORPUS CHRISTI, Texas — During Tuesday's City Council meeting, city staff was recommending to members to close down a section of Broadway Court.

Broadway Court is a useful street that runs between South Water Street and South Shoreline Boulevard. Broadway Court is 183-foot roadway that can help prevent traffic from backing up during big events at Water's Edge Park along the Bayfront.

The director of Development Services told the council that Frost Bank proposed the closure idea.

Frost Bank wants to put in a pedestrian walkway to connect the two properties it owns. Frost also agreed to pay $240,000 as part of the deal.

During the presentation, members of the public were asked to share their input into the plan.

"I think that anybody that takes action to eliminate public right of way that has available parking in these circumstances should require more than convenience but a compelling need to do so," nearby resident John Holmgreen said.

"Today our plans that you will hopefully see in the next 60 days is to pave that have shrubs around the perimeter, trees, over do it with vegetation, there's no walls, no gate that would prohibit the public from using it," Frost Bank president Mike Carrell said.

By closing the street the city will also lose 18 public parking spaces along Broadway Court.

Frost Bank is offering to allow public parking at their facility after hours.

The council approved the measure on 1st reading and next week they 'll look to finalize the deal.