Thursday's verdict was the result of a years-long legal battle. 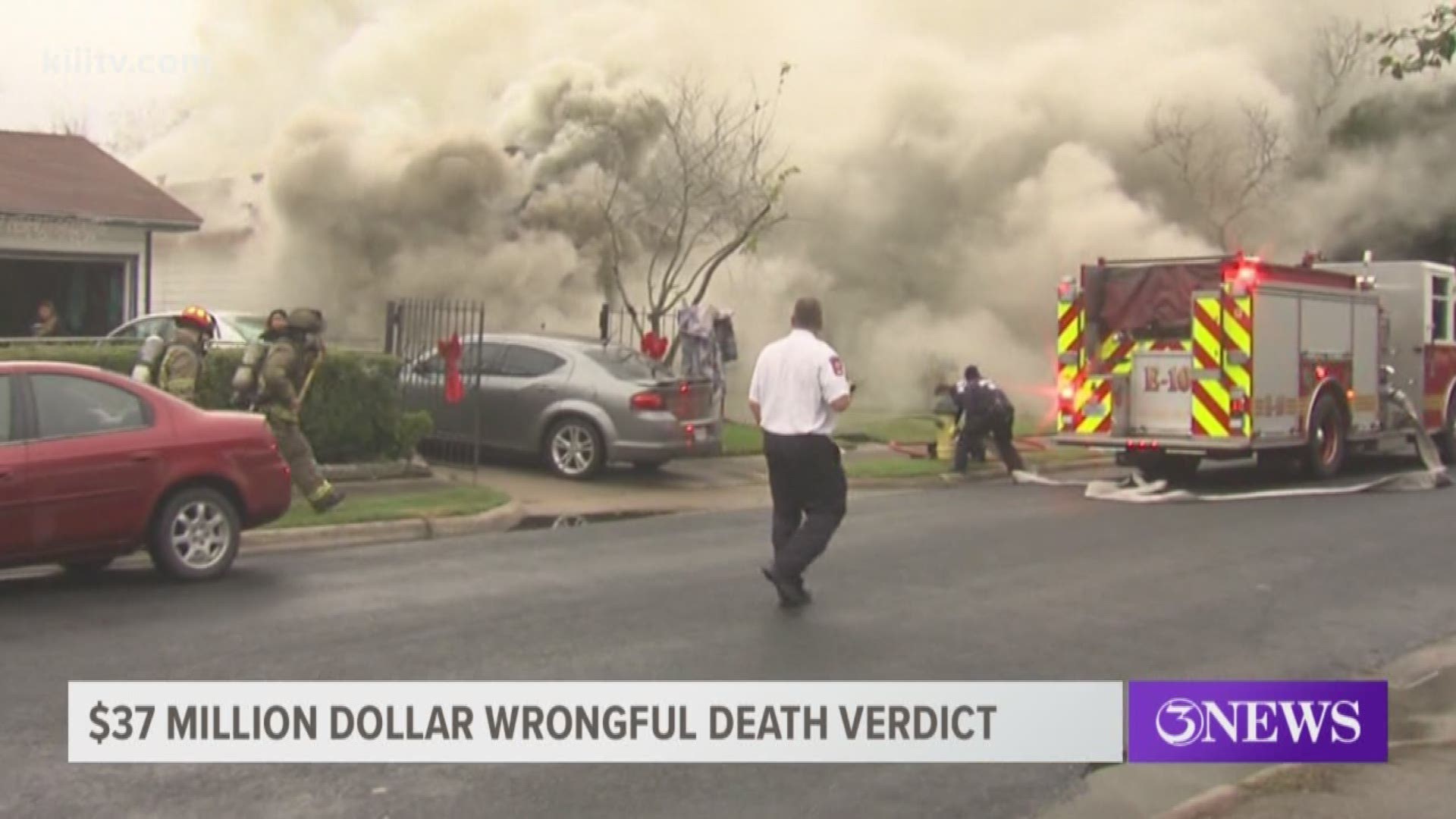 CORPUS CHRISTI, Texas — A Nueces County jury awarded Thursday some $37 million to family members who lost both their parents in a tragic house fire on Elvira Street back in January of 2016.

A defective space heater caught fire in the home of Martin and Angelita Enriquez, trapping them inside their home, where they both died.

Thursday's verdict was the result of a years-long legal battle. The space heater in the case was made in China by the Lasko company.

Greg Gowan, Doug Allison and Luis Elizondo led the case for the plaintiffs, saying the heater was a "ticking time bomb." They said they hope the verdict sends a strong message to other space heater manufacturers who would try to cut corners on their products.