The shock can be heard as the family records the incident. 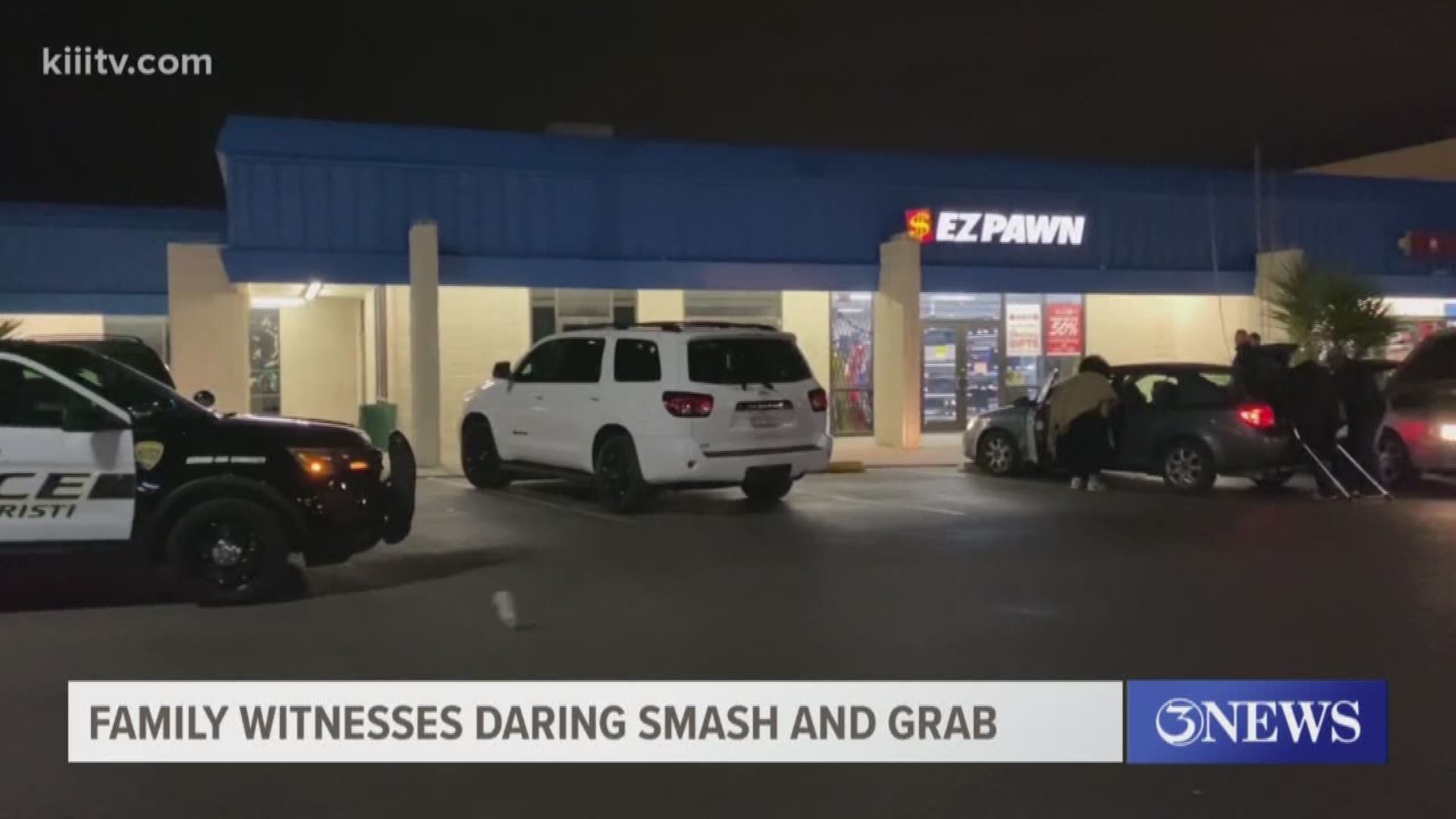 CORPUS CHRISTI, Texas — A Corpus Christi family watched in terror as a local pawn shop was robbed in front of their eyes.

"All of a sudden, I heard glass bust behind me," eyewitness Jacob Baker said.

Baker was among half a dozen people inside the EZ Pawn on Weber near Holly when two men wearing hoodies ran in, hammers in hand, and started smashing display cases.

"Everybody went into a panic, and I took off," Baker said.

A family parked just outside the shop started recording video and captured the terror-stricken shoppers running out the door.

The shock can be heard as the family records the incident.

According to the family, it happened very fast as customers got out of the store.

While the thieves may have covered up their faces, their clothing, their weight, height, and other evidence are now on video for police to use in their investigation.

A couple wanted to check on a pawn they had when the incident occurred.  Now the couple is worried the thieves may have made off with their great grandmother's heirloom.

"Yeah, now I'm concerned that it may be gone cause it was in the case," customer Alexandra Conger said.

"It was really quick in and out kind of deal. We're working as theft, they never threatened anybody or had any other weapons that we're aware of," Lt. Carl Williams said.

According to police, the suspects are described as younger males, either Hispanic or black, with slender builds.

If you have any information, call the Corpus Christi Police Department at 361-886-2600.