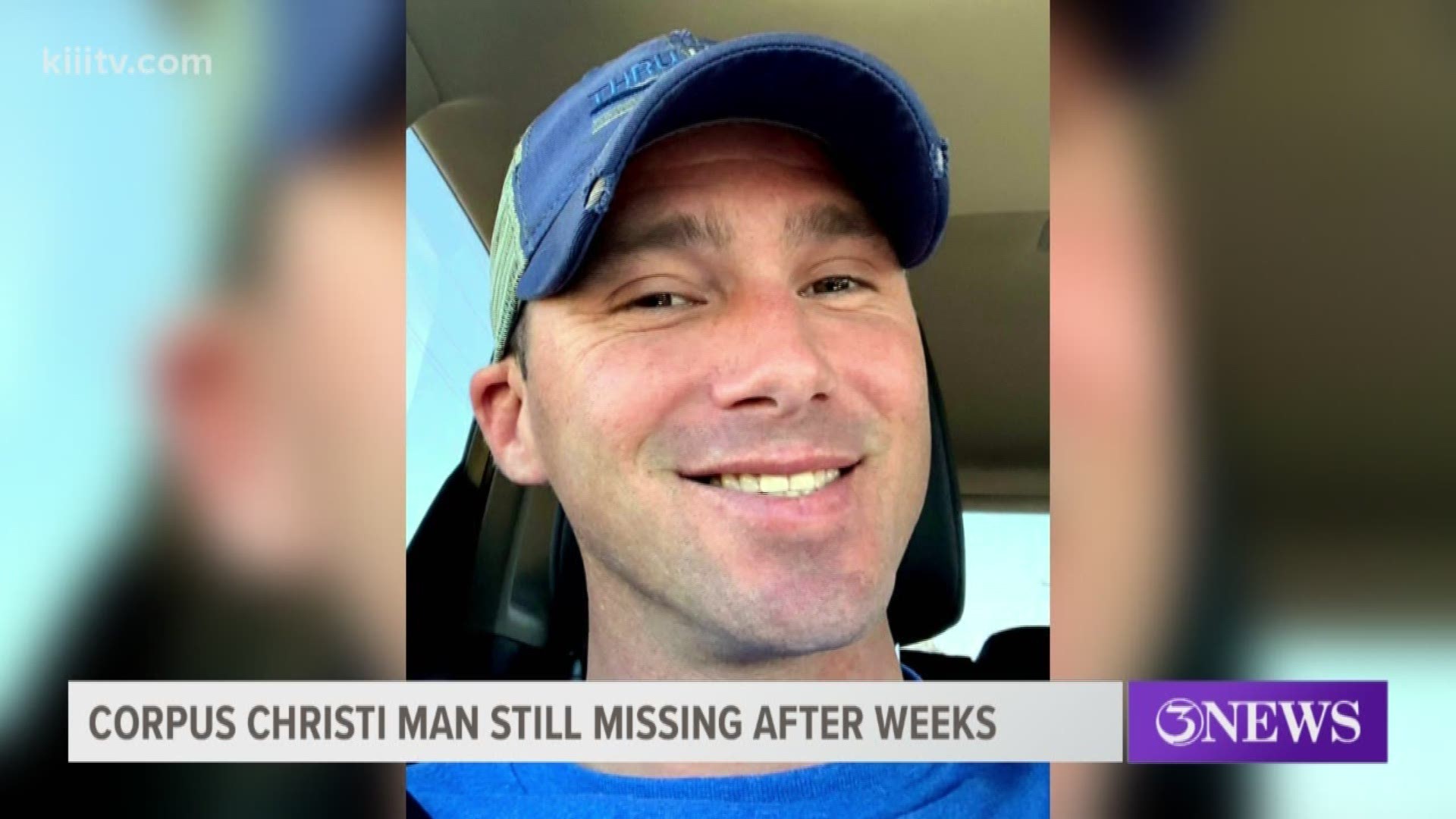 CORPUS CHRISTI, Texas — A family is distraught tonight as the search continues for a 36-year-old man whose gone missing in Corpus Christi for two weeks

Down a dirt road that ends on the coast inside of an RV Park right off of N.A.S drive is where a tow trucker said he found Bradley Brooks' car but he said Brooks was nowhere in sight.

For Karen Winegarner those words we're the beginning of a nightmare.
She's the mother of Bradley Brooks.
She said he left to go fishing around 10 p.m. on August 18th.
That was the last day anyone saw him.
Winegarner said previously her son has gone away maybe a couple of days at a time but nothing like this.

“But I would always hear from him, but this time is different,” she said. “I have not heard from him. He is a mama's boy he stays in contact with me. Texts me, calls me. Even if he says, 'Mom, I messed up,' you know whatever.”

She said when they found his abandoned car she was told the car was locked and the hood was up.
Winegarner said police have searched the vehicle looking for any clues.

“We opened everything up there is no foul play, but all his fishing gear was in there,” she said.

Brooks has been missing for two weeks now.
His mother said the family just wants to know he's OK including his 16-year-old daughter.

“Please pray for us and our family, hopefully we find out something soon,” she said.

She said he's most identifiable by a tattoo on his arm and one across his chest and sometimes goes by his middle name, Cy.

Winegarner said the U.S. Coast Guard has been notified and CCPD will be out in the area on Tuesday searching with a drone.