There is also concern that a lack of hotel space in Port Aransas this year could mean more traffic leaving Padre Island throughout the week. 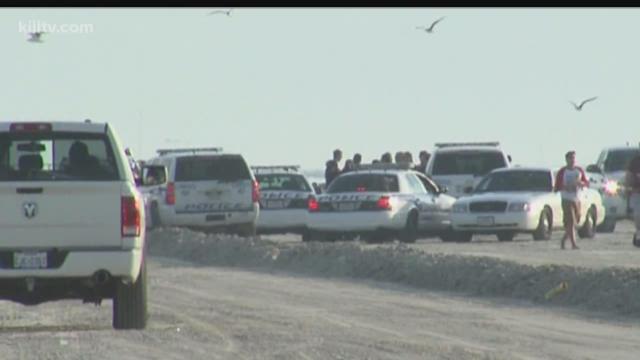 Spring Break can bring an economic windfall for merchants who depend on tourism, but law enforcement officers know it can also lead to increases in DWIs, underage drinking, traffic mishaps and violence.

There is also concern that a lack of hotel space in Port Aransas this year could mean more traffic leaving Padre Island throughout the week.

One new thing the Corpus Christi Police Department is utilizing this year is their SkyWatch observation tower, located in the parking lot of the HEB in Flour Bluff. Police said they were asked to place the tower thereby HEB officials who reported some minor problems during Spring Break last year.

The tower will be able to monitor both traffic on South Padre Island Drive and the HEB parking lot.

"The majority of the Island is covered by the cameras, and we're working to actually increase some of the viewing as well," CCPD Officer Ricardo Reyes said. "It can monitor traffic, persons. Any incidents that are happening, we want to support the officers."

Officers said the biggest difference this year will be an increase in traffic on the Island.

"Due to the fact that they don't have any hotels over there, that they will go over there and hang out and then they're going to be commuting back on our highways between here and into town," CCPD Cpt. Anthony Sanders said.

"The Saturdays and Sundays and next Friday and Saturday, both shifts will be working at all times, so you're looking at another 18 officers working just traffic," CCPD Lt. Timothy Frazier said.

Frazier, who runs the CCPD's traffic division, said officers will be looking for drivers causing problems.

"Speeders, any kind of aggressive drivers, anybody that's whipping in and out of lanes, tailgating," Frazier said. "The main stuff that we're looking for that causes the dangers on the roadway."

Another priority for officers this year is keeping animals off the beach.

There's also no glass allowed on the beach, and police are reminding beachgoers to take notice of where they are.

"In addition to the number on the beach marker on our Corpus Christi beaches, it will also be color coded, and there are six different colors that quickly tell the call taker and MetroComm where you are on that beach," CCPD Lt. John Hooper said.

Police said it will take longer to get onto the Island for residents, so try and have extra patience when you're driving that way.