Julianne Vasquez was driving with her best friend on Wednesday night when suddenly, a car hit her. 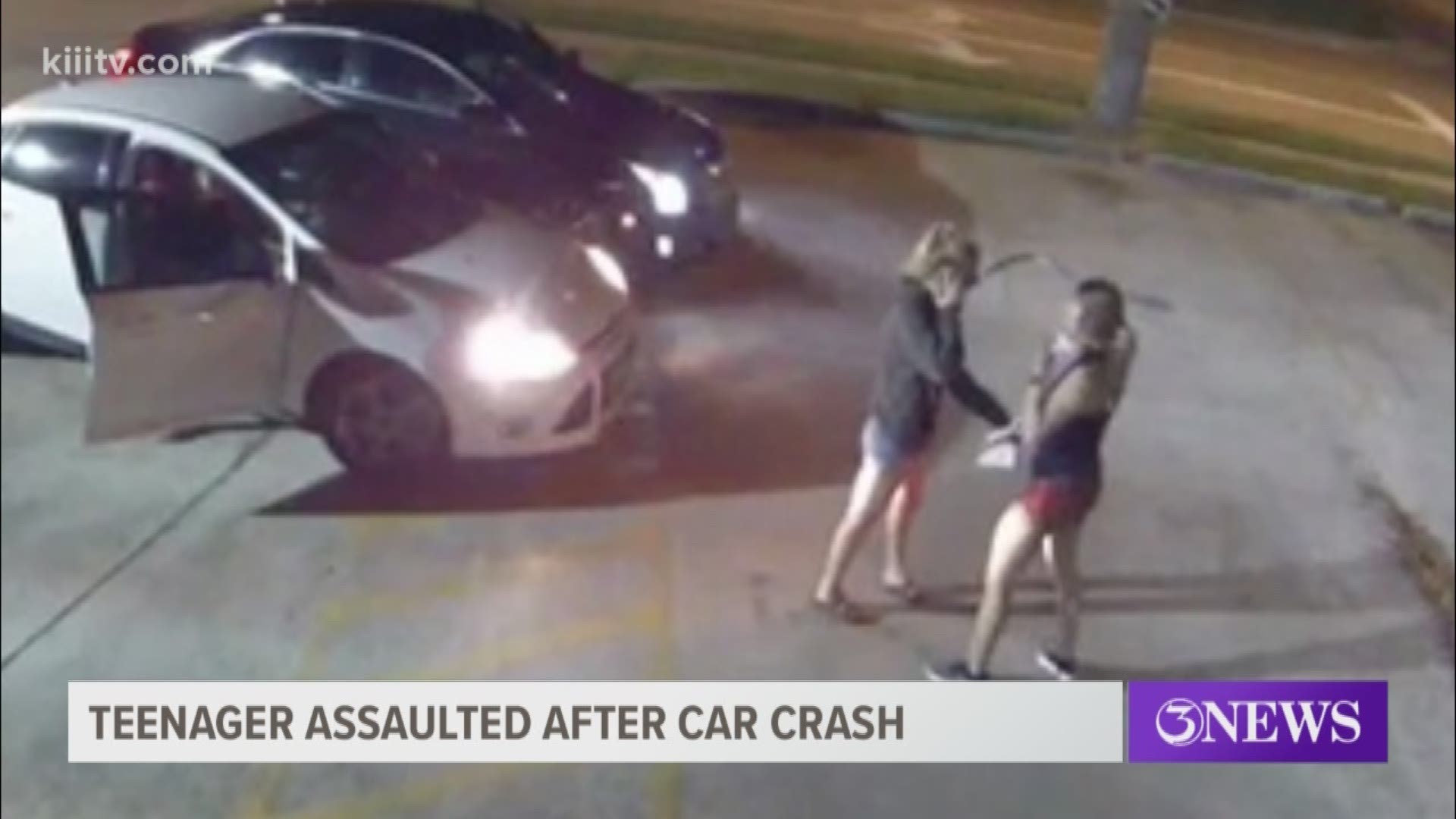 CORPUS CHRISTI, Texas — A Corpus Christi teenager has managed to find a way to stay positive after being in a car crash on Wednesday night.

Julianne Vasquez, a junior at Ray High School, said she and her best friend were driving down Wooldridge Street near Parkway Drive when a black Cadillac drove through a stop sign and hit the driver's side of her car.

At first, both cars pulled into a nearby parking lot. What happened next, was all caught on camera.

Julianne said she and the driver got out of their cars to exchange information. The video shows Julianne walking back to her car to check on her friend. That's when the other driver hits the registration and insurance cards out of Julianne's hand.

"She pushed me from behind then starts like yanking her papers out and like, I thought I was getting pranked, I was like, did she really just hit me and my first thought was like, I can't believe her parents didn't teach her better than that," Vasquez said.

The whole time, Julianne was on the phone with a 9-11 dispatcher. She was able to read off the temporary tag on the Cadillac and get a description of the young woman.

Moments later, the suspect got back into her car, leaving Julianne and her best friend who waited for police to make a report.

Vasquez and her mom said officers called this an assault because the suspect in the video hit Julianne.

The tag was on a black Cadillac as 40266A2. The suspect is described as a Hispanic teenage woman, believed to be about 130 pounds and around five feet and three inches tall.