Houston based law firm Arnold & Itkin is representing Cantu and have filed a $100 million lawsuit on his behalf here in Nueces County. 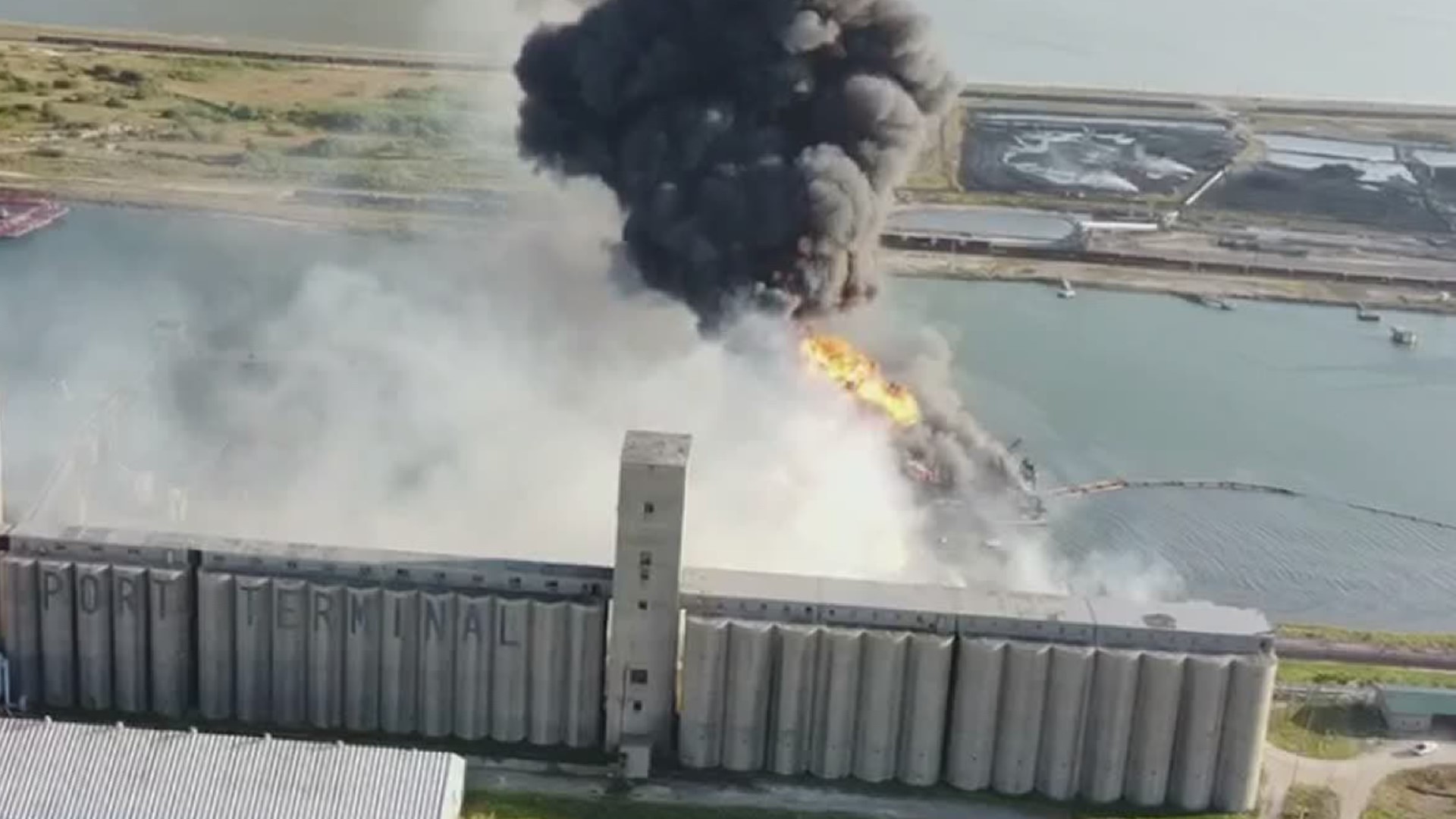 CORPUS CHRISTI, Texas — Recently, we are heard from the attorney representing a man severely burned in that deadly barge explosion in the Corpus Christi Ship Channel last month.

That explosion happened back on August 21. Four crew members were killed. The vessel they were on was said to have clipped a pipeline in the channel's inner harbor.

Jose Cantu was working on the vessel and sustained severe burns. Houston based law firm Arnold & Itkin is representing Cantu. They have filed a $100 million lawsuit on his behalf here in Nueces County.

"We sued the boat owner itself, the pipeline owner enterprise, and EPIC as well, because essentially this never should have happened because they hit a pipeline that was unplanned for," Kurt Arnold said.

"He is happy to be out of the burn unit and be home with his wife and kids, but its a long, long road, traveling to the burn unit throughout the week."

Arnold said they will be requesting a jury trial.