Crowd marches through Houston protesting family separations at the border

A look at the downtown #HOU crowd changing “abolish @ICEgov” as they protest on the day they’re describing as a #NationalDayOfAction. #khou11 pic.twitter.com/TCVzQrMToG

It's the latest response to the federal "zero tolerance policy" that called for the separation of undocumented parents and children who illegally crossed into the U.S.

Though President Donald Trump did sign an executive order to solve the issue of family separation at the border, immigration activists, political groups and impassioned Texans gathered to demand change and compassion for families who claim they're coming to the United States to seek asylum.

That Fed. Child Processing Center in #McAllen opened July 2014, chain-link barriers included. The facility has been processing immigrant children since then. A lot of the criticism against protesters has been, "where were you then." These #Houstonians answered honestly to #khou11 pic.twitter.com/aDSSHHTAtv

"I think that the human story, the immigrant story is such a part of the fabric of this country," said Casey Mcatee, a father of two young girls. "This is a generational problem that we’ve been dealing with for a long time."

Working to put together a full report on #HOU #FamiliesBelongTogetherMarch for #khou11... but here's a quick snippet of the protest, which started as a rally at City Hall... before participants marched through downtown to @tedcruz office. pic.twitter.com/SHleE574zf

The crowd, which included adults and children, walked from City Hall to the downtown office of U.S. Senator Ted Cruz. While it's not believed that Cruz was actually inside the building, the procession was meant to be a symbolic call for Congress to reform current immigration laws.

PHOTOS: Hundreds rally in downtown Houston for immigrant families to stay together

PHOTOS: Hundreds rally in downtown Houston for immigrant families to stay together 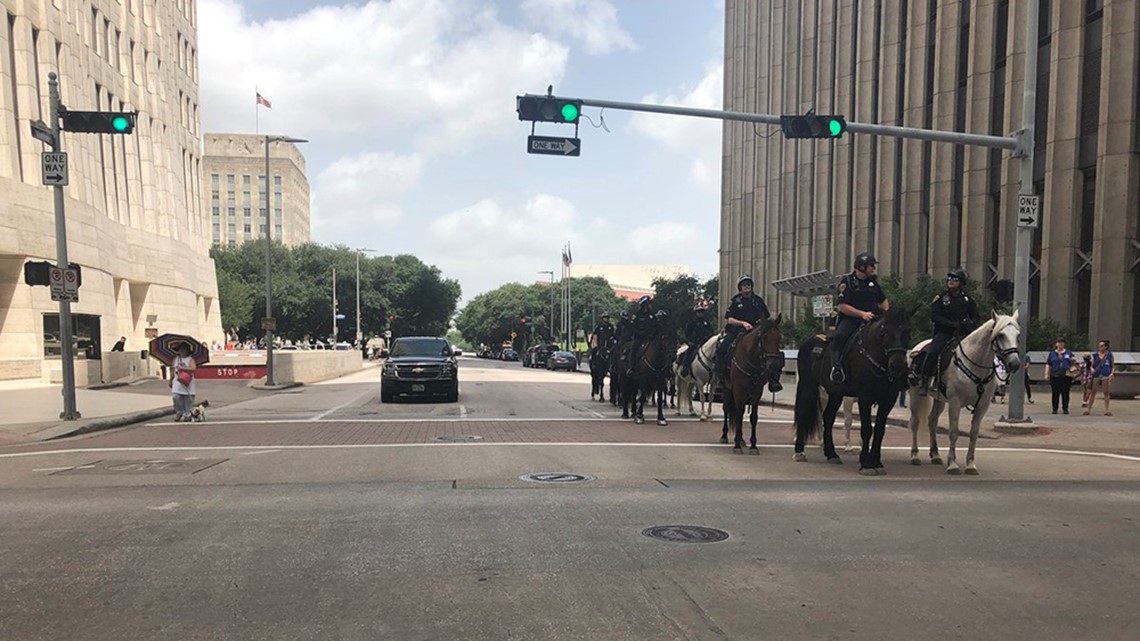 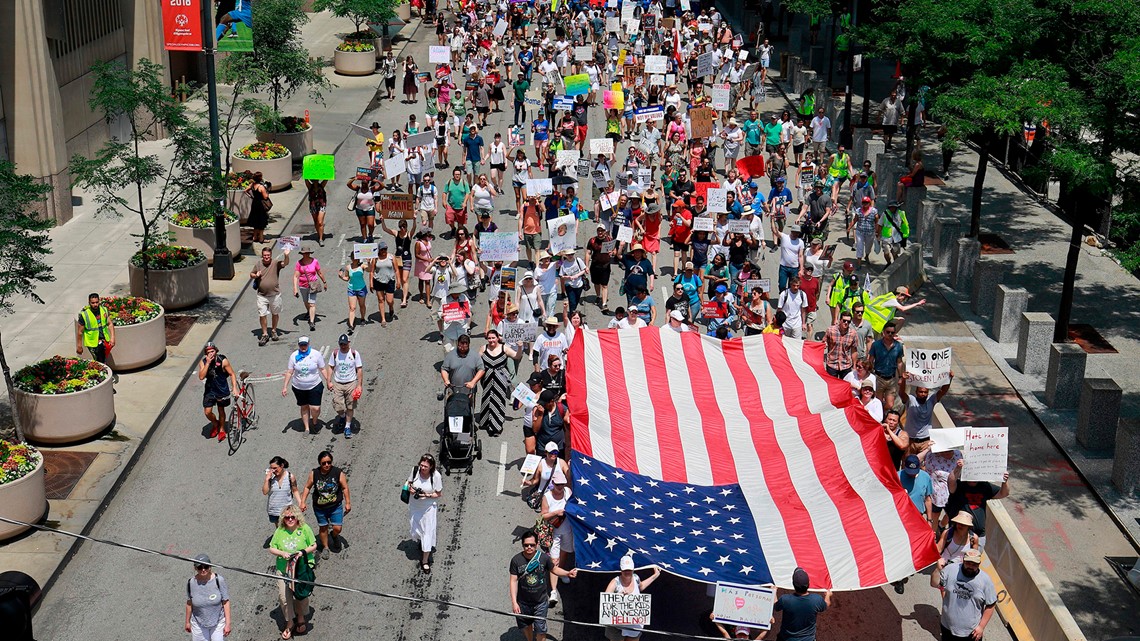