7-year-old Phil Alexander and his dad launched Phil's Table in June. From burgers to waffles, the pair is hitting a sweet spot with people craving kindness. 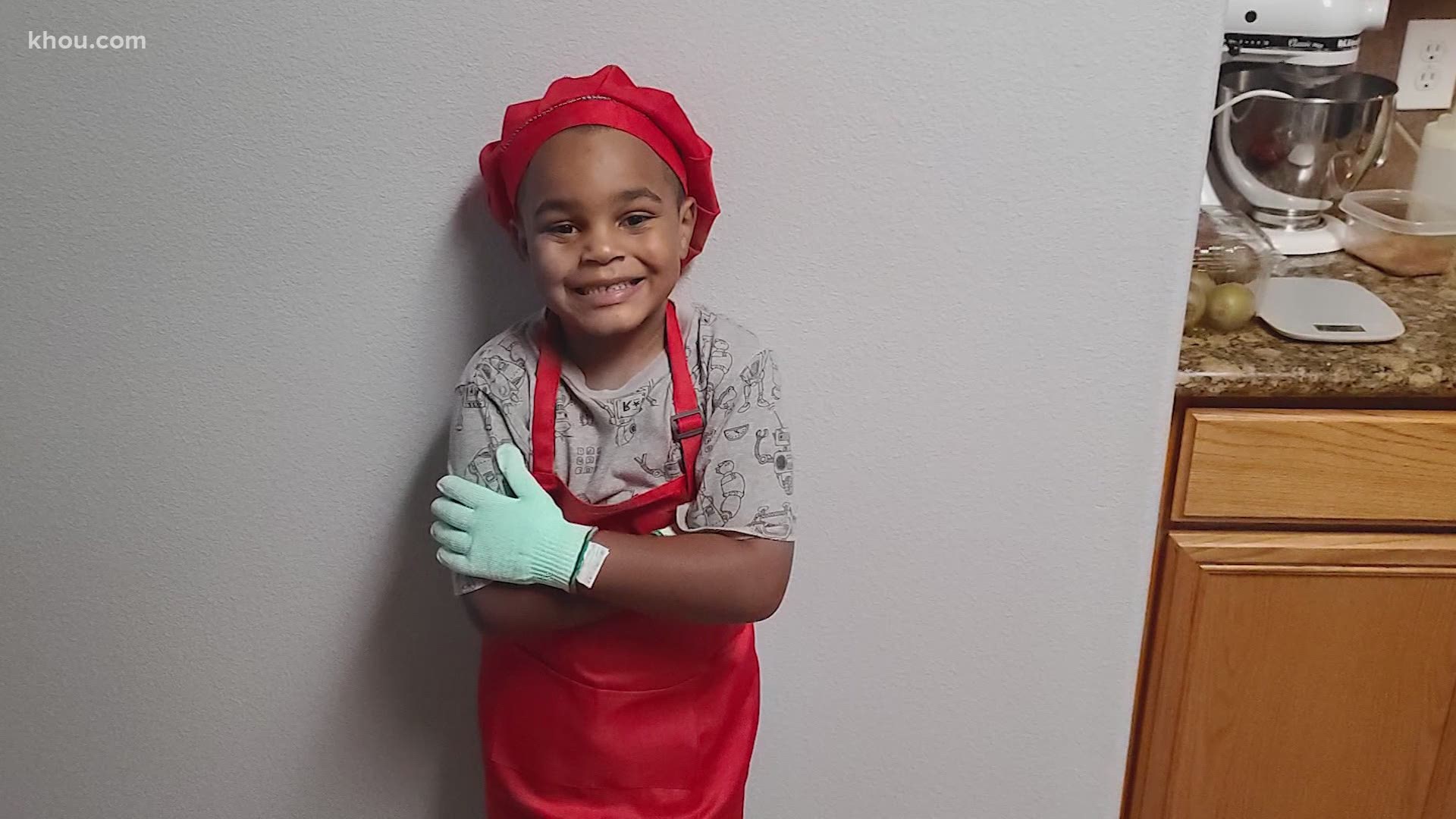 CYPRESS, Texas — “This is Batman! Just kidding. It's Phil! Welcome to the cooking show!”

Remember little Phil Alexander? Neighbors used Nextdoor to tell us about the Cypress boy in July. He and his dad had just launched an online cooking show.

With a lively personality, Phil sautéed his way into homes around the world.

Phil sure is a natural on camera and in the kitchen! Phil and Phil are a father-son duo teaching people how to cook. The pair launched Phil’s Table on Facebook Father’s Day weekend. Dad’s a professional chef who lit a fire in his 7-year-old son. Since our initial story, which aired a month ago, the Facebook page has garnered more than 1,000 new followers.

“We’ve had people reach out from Athens, Greece to South Africa, Canada, somewhere in Venezuela,” Alexander said. “So that’s been really, really cool, just to see how wide the impact of a 7-year-old can be.”

They’ve sent little Phil a custom apron, appliances, herbs and his own set of knives, which inspired a dance party in the Alexanders' living room.

“I just want to say thank you to everyone who’s reached out,” Alexander said. “All of your kind messages and gifts,” are helping a little boy cope with the pandemic.

Phil’s an only child. The Cy-Fair student will start second grade at home. As long as he wants to continue sharing recipes, Mom and Dad will support him.

"It allows him to express himself and have fun," and make money! “So we did a waffle pop up,” Alexander said. “This guy earned $104 towards his train set.”

It’s full steam ahead for the little boy learning from a Texas pit master, because next up is brisket on little Phil’s very own grill. And with that, we understand why neighbors find Phil refreshing, full of hope and oh, so sweet!