A Lumberton woman said Greenlawn Memorial Park has disrespected her family because of the poor upkeep of her parent's grave site. 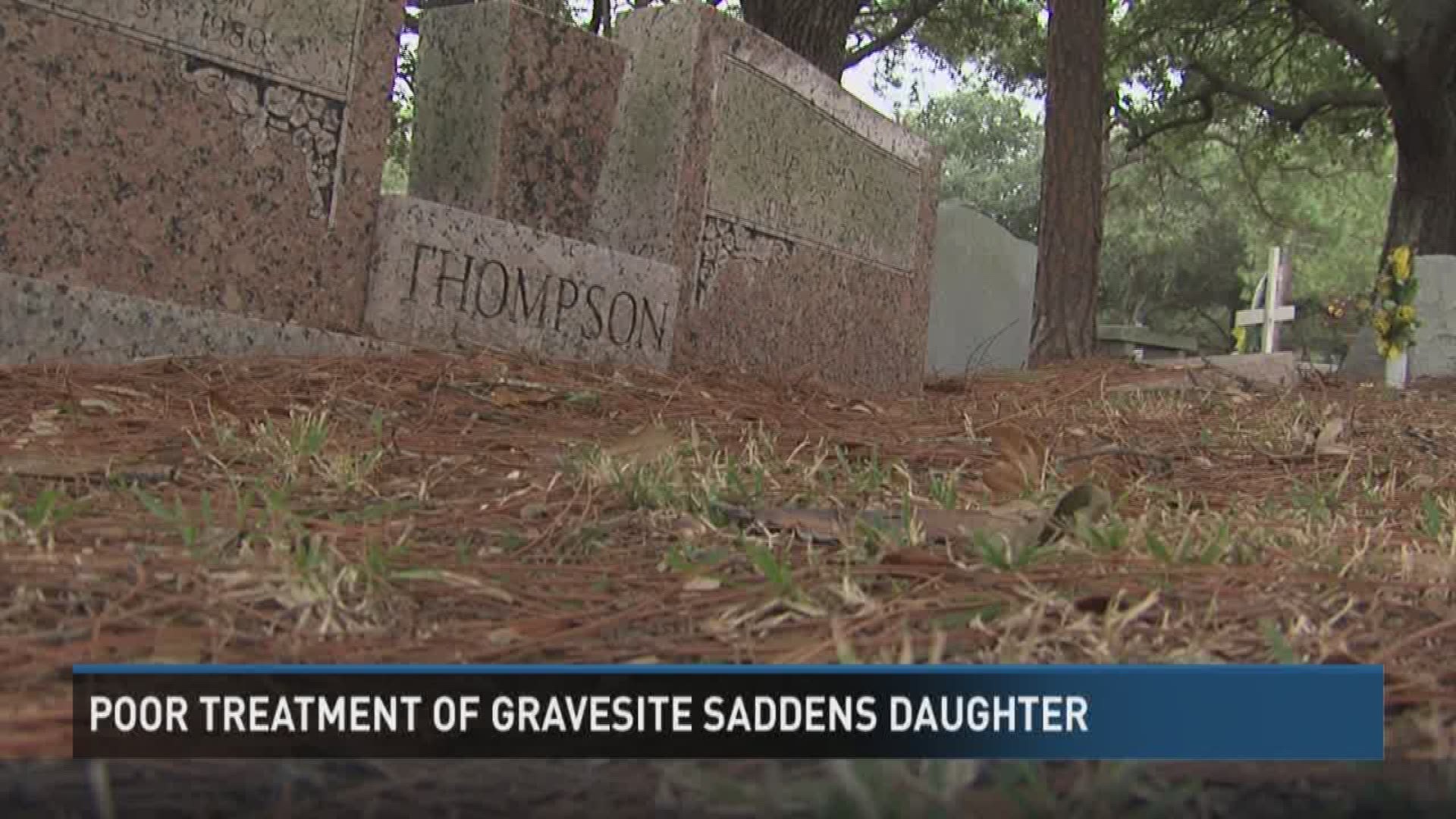 A Lumberton woman said Greenlawn Memorial Park has disrespected her family because of the poor upkeep of her parent’s grave site.

“My mother that we dearly love and respect and my stepdad, you're already upset and when you see it like it is, it's not right and someone needs to do something about it,” daughter Mary Ellen Staffeld said.

Trips to Greenlawn Memorial Park have always been emotional for the daughter. The Lumberton woman said visits to the final resting place of her mother and stepdad have become increasingly difficult over the past five years due to the lack of upkeep.

“It's just one catastrophic mess after another,” the daughter said. “There's sinking tombstones, I've had to have my mother's done twice. There's black mold all over the tombstones.”

She even said dirt was left on her parent’s headstone from when they buried the person behind her.

Some headstones even sit in their own row, facing their own direction.

“It looks like an E-5 tornado came through here, it's ridiculous,” Staffeld said.

That doesn’t even address the ongoing problem of theft and damage to headstones.

“Every time I go into the office and ask them to replace the vases that have been knocked off by a tractor or whatever, they are like OK we will glue them back on,” she said. But it's not even the same granite. And they have been stolen twice. They say they aren't responsible for that.”

Greenlawn sent 12News a message responding to these complaints.

“If a family comes to us, we work with them to resolve issues. As part of our commitment to all of our client families, we guard their privacy and because of this, we do not discuss specific client concerns with the media. Instead it is our policy to work to resolve any possible concerns directly with client families.”