Chappelle said he is quarantined and asymptomatic, according to his representative, Carla Sims. 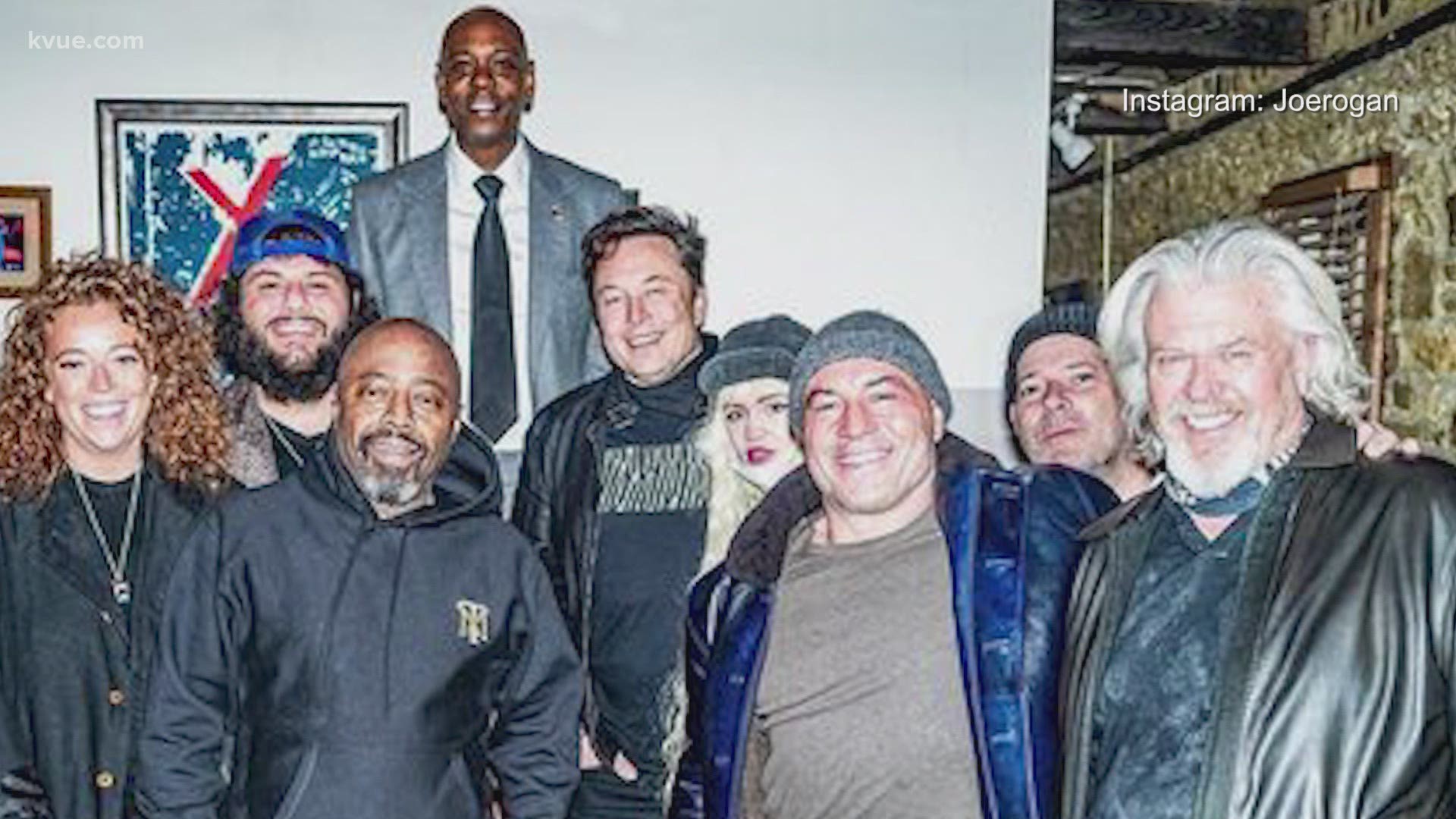 AUSTIN, Texas — A weekend's worth of Austin shows by comedian Dave Chappelle has been canceled after he announced he tested positive for coronavirus. Now, photos of Chappelle with other celebrities are surfacing.

The comedian was expected to perform Thursday through Sunday at Stubb's Waller Creek Amphitheater.

Chappelle said he is quarantined and asymptomatic, according to his representative, Carla Sims.

Two days before news broke about his diagnosis, a social media post showed him photographed standing next to Joe Rogan and billionaire Elon Musk at Stubb's. Other stars, including Donnell Rawlings, Ron White and Michelle Wolf, were also in the picture. No one in the photo shared on Instagram was wearing a mask over their face.

Sims confirmed to KVUE that Musk and his partner, singer Grimes, were administered a COVID-19 test before entering Stubb's and they tested negative. She added anyone who goes backstage or who is seen in the said Instagram photo with Chappelle has been tested. No other comedians have tested positive, Sims said.

Everyone is tested daily, including staff, employees, the audience and the hotel staff, according to Sims.

Rogan was also set to perform at Chappelle's shows Friday and Saturday. The podcast host apologized to his fans, saying the shows will be rescheduled.

Chappelle had been performing socially-distanced shows in Ohio since June, and moved his shows to Austin during the winter, Sims said. Rapid testing for the audience and daily tests for Chappelle and his team were implemented.

Refunds will be available for ticketholders at their point of purchase.

KVUE has reached out to Stubb's for a comment. This story will be updated once a response is received.

Bastrop County aims to vaccinate all residents within 90 days