According to instructor Jaime Flores, people come flocking from all around the world to get their commercial driver's license from Del Mar College. 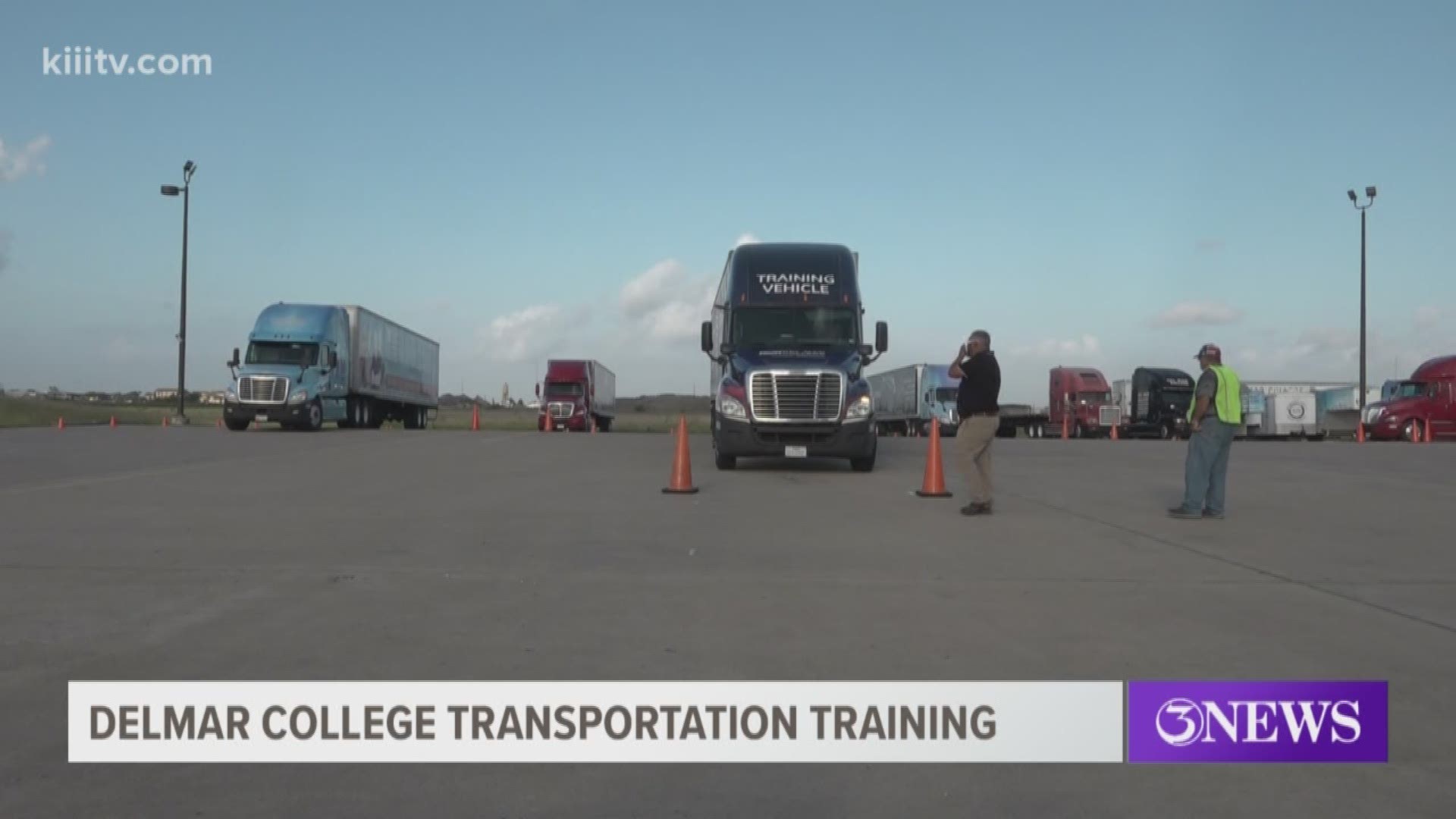 CORPUS CHRISTI, Texas — Del Mar College says the trucking industry is starving for more drivers right now, and the best place to get your license is on their campus.

According to instructor Jaime Flores, people come flocking from all around the world to get their commercial driver's license from Del Mar College.

While Christopher Prosek didn't travel far to take the four-week transportation training, he hopes the program will allow him to cruise across the globe.

"I really wanted to see much of the world and a lot of the U.S.," Prosek said. "I figured if I get my CDL, I can travel while getting paid for it."

Prosek said getting behind the wheel of such a massive vehicle was daunting at first, but Del Mar College provides so many tools to keep you safe and make you a confident driver.

"The instructors are really thorough. They are really helpful. They don't get frustrated with you, and they teach you anything you want to know," Prosek said.

The training involves using a simulator, then getting behind the wheel without a trailer attached, and progresses from there.

John Rojas is the director of the course. He said he's been in the trucking business for a long time and there is no better time to join than now.

"It's in the top 10 as far as occupational demand list in the country," Rojas said. "It's number two in Texas right now."

Rojas said classes start every week and once you get your license, the starting pay is at least $45,000 a year.