In the coming days, Chick-fil-A will begin construction on its latest post-COVID layout with two lanes all the way around the building. 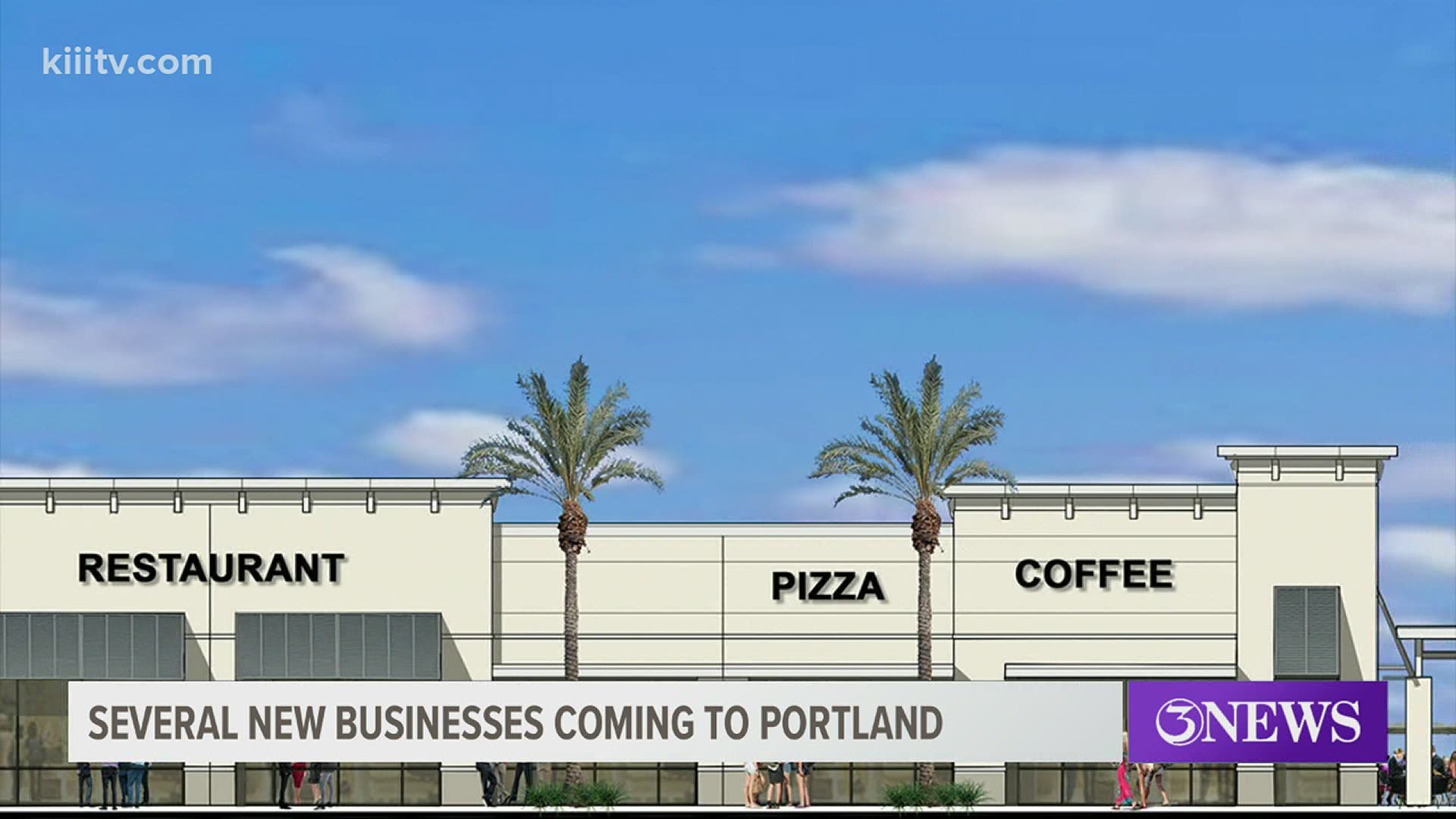 PORTLAND, Texas — The land where the old Kmart in Portland used to stand is getting a makeover.

McLeod Sears is redeveloping the former Kmart site at 1400 Wildcat Dr. Chick-fil-A and AutoZone have already scooped up two of the four available pad sites, a press release from McLeod Sears said.

The project will include 25,200 sf of shop space. In the coming days, Chick-fil-A will begin construction on its latest post-COVID layout with two lanes all the way around the building.

AutoZone will dig into its project later this year, the press release said.

"The site is cleared and we're ready to go," says Michael McLeod-Cobb, partner in the Houston-based commercial real estate firm. "It's full speed ahead on the remaining pad sites and the shop space."

RELATED: The next step for Waves Resort on Padre Island remains unknown

Throughout the pandemic, the McLeod Sears brokerage team has been courting neighborhood services, popular eateries and specialty retailers for the shop space. "We're planning to bring retail and restaurants found in larger cities to Portland," McLeod-Cobb says.

The old Kmart has been knocked down and the land prepared for the new construction.

"We are very pleased to see this project become a reality. McLeod Sears is bringing much-needed retail growth to the city along with the added bonus of a popular Chick-fil-A. We look forward to other opportunities to partner with McLeod Sears in the future" says Randy Wright, Portland city manager.

RELATED: Corpus Christi City Council press forward to the next phase in determining the best solution for drainage issues on North Beach

McLeod Sears' redevelopment site is situated near the kissing point of TX 181 and Wildcat Drive, which have a combined traffic count of 85,000 vehicles per day. The developer controls nearly 500 feet of frontage along US 181 and roughly 200 feet on Wildcat Drive. Retail neighbors include an H-E-B grocery store, Starbucks, McDonald's and Walgreens.

"We fell in love with the city. Portland is a great local bedroom community to Corpus as you know. But it's really the petrochemical investment that is driving all the jobs there as well as the support and leadership of the city is what attracted us to the area." That's according to Michael McLeod-Cobb of McLeod Sears Commercial Real Estate in Houston, the developer behind plans for four free standing businesses situated near Highway 181 and Wildcat Drive.

McLeod Sears' has owned the old Kmart property the past four years.
The company has announced the first of two major retailers, Chick-fil-A and AutoZone, that have signed deals to build stores on the site.

McLeod-Cobb says, "We just finished demolition this week and we are turning over the property to Chick-fil-A and AutoZone. And then we are going to build 25 thousand square feet of shops and we'll have two more spaces remaining on the highway for restaurants or retail users."

While Chick Fil-A is expected to break ground right away, the second major retailer, AutoZone, says they're going to begin construction of their store later this year. City officials are eager to see construction.

Shelly Stuart, Portland Chamber of Commerce president and CEO says, "We're very excited and we've been patiently waiting and when the COVID hit we weren't quite sure what was going to transpire so when they came and started tearing it down we were joyful all over again."

Stuart says Kmart was an important part of the retail economy in years past. "It was a staple in our community but towards the end I think it was, had seen better days."

Portland City Manager Randy Wright says, "We look forward to other opportunities to partner with McLeod Sears in the future."