Laredo police: No spillover, issues on United States side of the border after new reports of violence in Nuevo Laredo

The shootings are reportedly taking place in Nuevo Laredo, Tamaulipas, Mexico, according to a social media post. 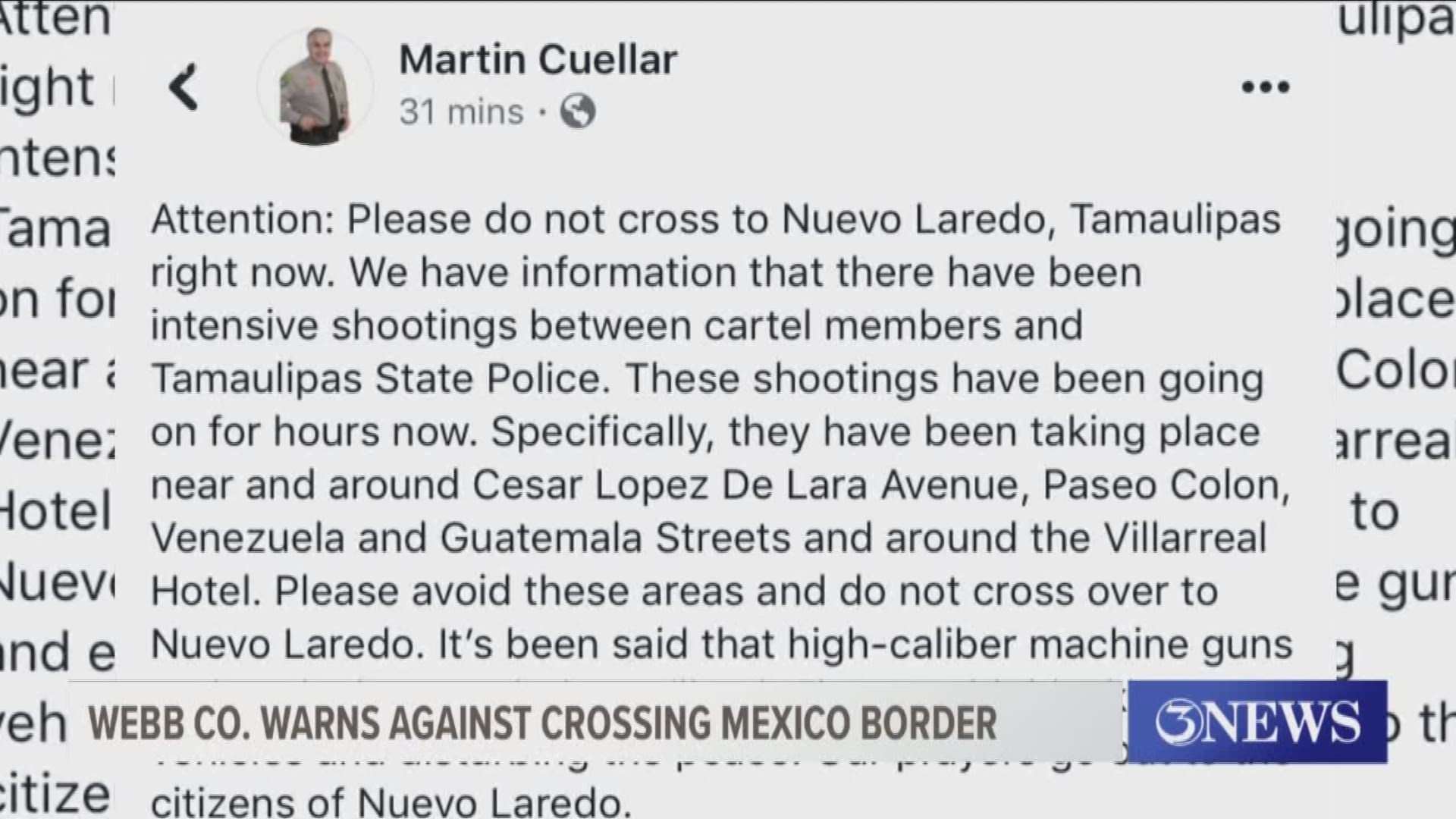 LAREDO, Texas — UPDATE: 3News reached out to the Public Information Officer with the Laredo Police Department, and they said there has been no official word from any United States government entity regarding activities going on across the border.

Laredo police said there has been no spillover or any issues on the United States side of the border.

The Webb County Sheriff's Office put a warning out on social media Wednesday night to not cross the border at Nuevo Laredo, Tamaulipas Mexico.

According to Sheriff Martin Cuellar, they have information that an intensive shooting took place between cartel members and Tamaulipas State Police.

Cuellar says as of 6:38 p.m.; the shootings have been going on for hours. The shootings are taking place around Cesar Lopez De Lara Avenue, Paseo Colon, Venezuela, and Guatemala Streets, and the Villarreal Hotel.

The Sheriff's Office asks that you avoid the areas and not cross over to Nuevo Laredo.

According to Cuellar, high-caliber machine guns and explosives are being utilized. 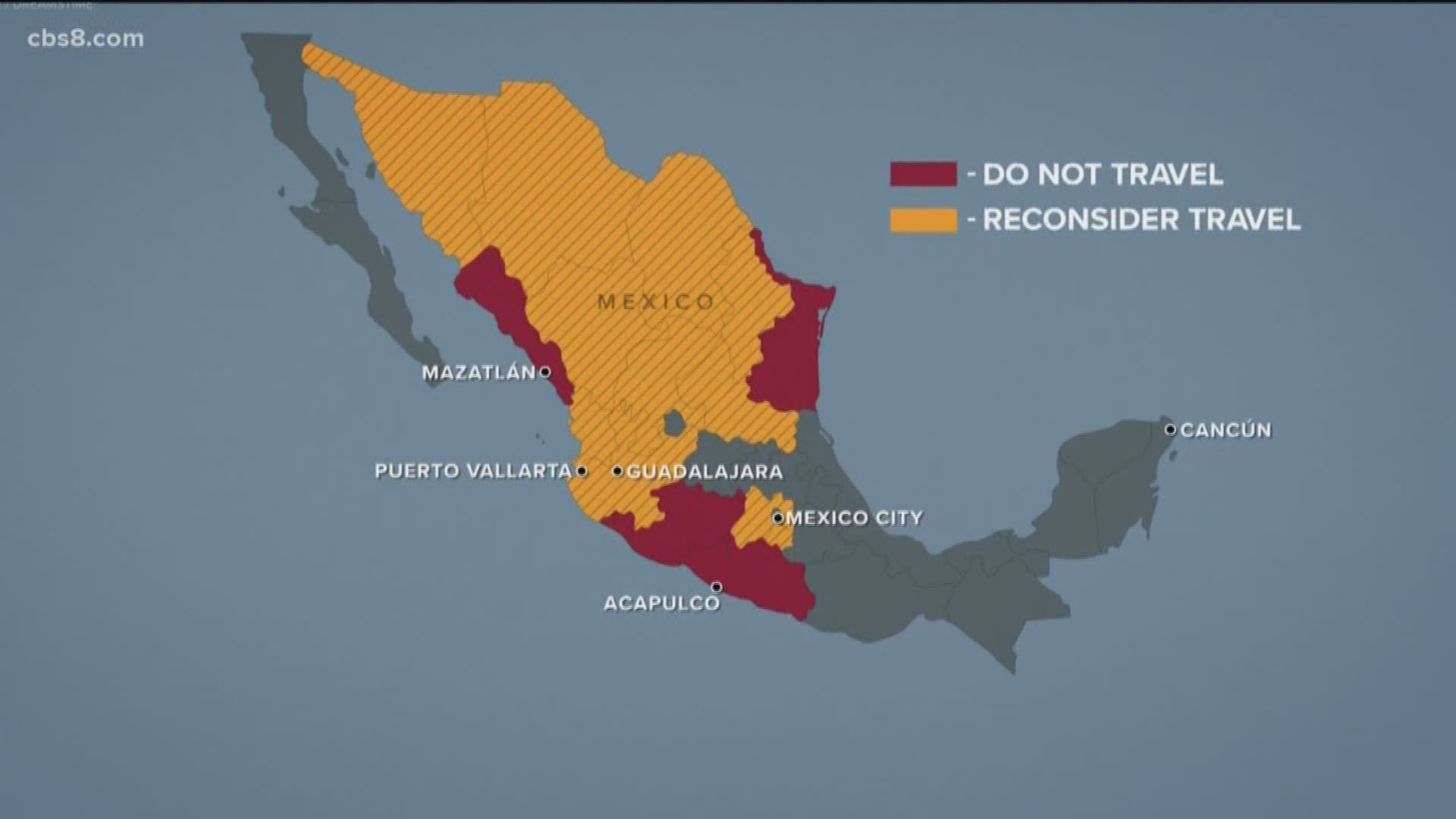